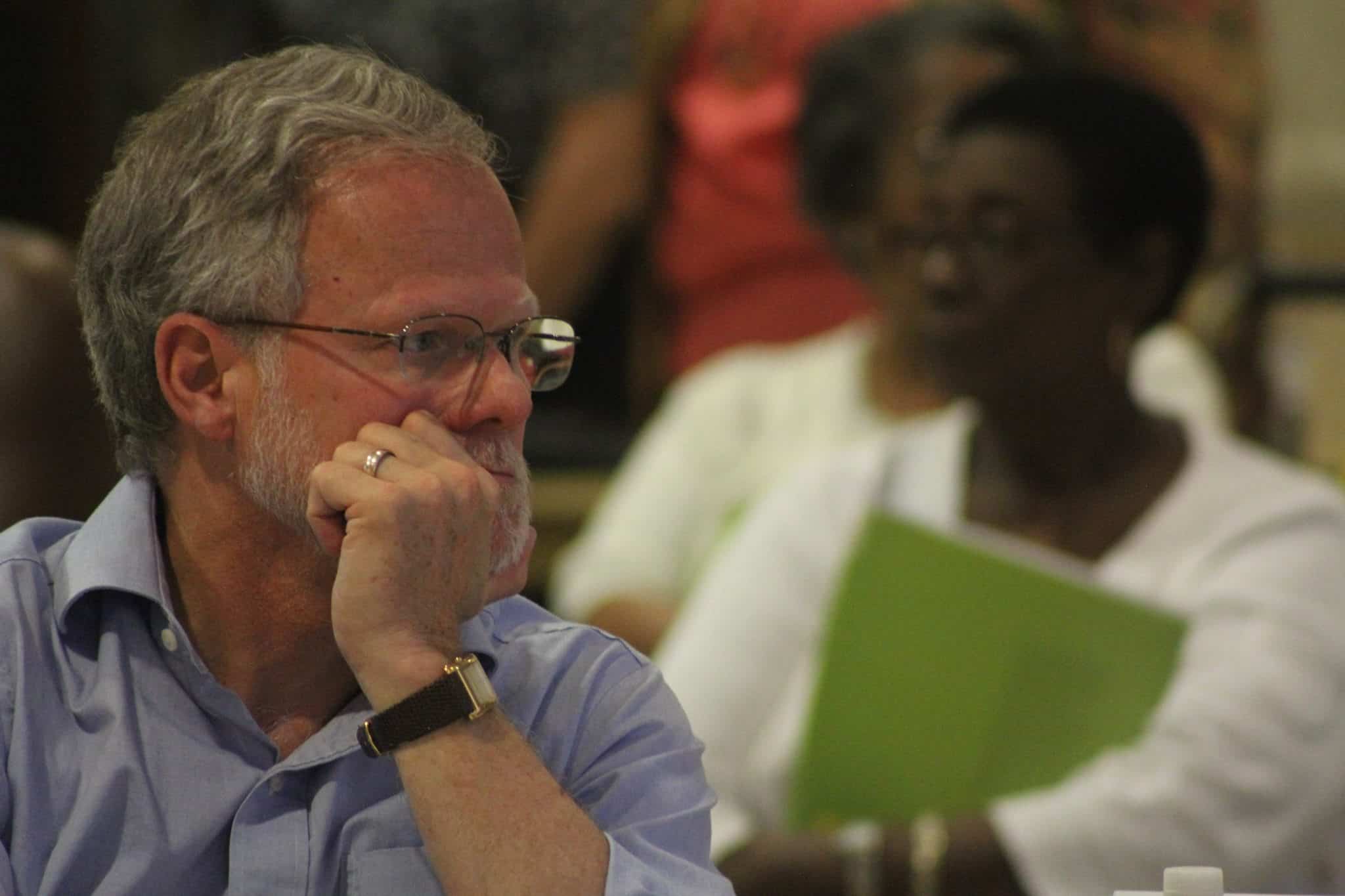 Former St. Petersburg City Council member Karl Nurse is hoping to return to elected office, this time with a run for the Pinellas County School Board.

Nurse is running for the District 7 seat currently held by Rene Flowers, who is leaving office and running for Pinellas County Commission.

Nurse has faced criticism since launching his campaign. Out of what was originally a four-way race, Nurse was the only White candidate.

The district has been the board’s only minority seat for years. A Black School Board member has held the seat for well over a decade, with Rene Flowers occupying the seat since 2012, Lew Williams before her and Mary Brown before him. Brown was the first African American elected to the School Board, a milestone the Black community didn’t achieve until 2002.

While his candidacy has been a lightning rod for conversations about diverse representation on elected bodies, Nurse has long supported policies that promote racial justice.

He served on St. Pete City Council for 10 years and his tout sheet from that tenure is long.

One of his proudest highlights is on work increasing access to and improving affordable housing.

As a City Council member, Nurse supported and worked on several affordable housing initiatives including reducing parking requirements for senior housing in 2011, an incentive to developers who can get more bang for their buck on properties by limiting the amount of space they have to reserve for parking, which encourages building affordable housing units.

He also worked to eliminate blight in the city’s southern neighborhoods, including what was formerly referred to as Midtown, by supporting a rebates for rehabs program to resuscitate downtrodden properties. Since its passage in 2013, the city continues offering rebates largely using private dollars.

“I actually get things done. I got better at it as time went on. In many respects the purpose of leading an organization or being on the board is to fix things,” Nurse said.

He decided to jump into the race largely to solve a problem he sees affecting numerous aspects of local life — issues that are relevant locally, statewide and throughout the nation.

So Nurse started taking action. He identified a sidewalk that didn’t connect from Jordan Park to Melrose Elementary, and worked to get one. He found out the Citrus Grove Apartments directly across the street from Johns Hopkins Middle were a hot bed for drug dealing and violent crime and began working to rehabilitate what was, at the time, one of the city’s most dangerous housing projects.

“I talked to a sergeant and he said, they didn’t even go in there,” Nurse said. “It was too dangerous.”

Nurse worked with the city to get the property under new management.

“There you have an unsafe environment around a school so I began working on those sort of those things,” he said. “Now you have a safe, affordable housing community.”

“The kid who struggle the most by far have the most transient home situation,” Nurse said.

Now he hopes to continue that work by focusing on education paths that don’t necessarily require college.

He wants to see things like vocational programs or certificate trainings that give high school students a plan for after high school and opportunities to earn a living wage even if college isn’t necessarily their bag.

“I can still remember learning how to spark weld in class. You can say, by the way, here’s a career path if you really like doing this. “we don’t make those connections very effectively,” Nurse said.

That type of training could also help struggling students appreciate their academic curriculum, Nurse argues. For example, a carpenter once told him a third of his job was math. So maybe, Nurse hopes, increasing those opportunities might also help get kids engaged in the rest of their learning, debunking the old notion of, “when am I ever going to use this in real life.”

He touts his decades owning a small business as a valuable resource for the School Board, arguing that type of knowledge can help find creative ways to squeeze money from the district’s tight budget to fund his priorities.

Nurse said the Pinellas County Schools district puts about 65% of its funding directly into classrooms. That’s a number he would like to see go up.

“Start turning over the rocks, which is what business people do every day. Then you can redirect those funds into things like counselors to connect kids with post-high school opportunities,” he said.

For example, when Nurse served on the Tampa Bay Water board, they eliminated some consultant positions and replaced them with in-house workers. A consultant, Nurse said, might cost a board $250,000 while an in-house staffer might only cost $100,000.

His bottom line is complicated, yet simple. He said public education hasn’t adapted to increasing technologies that are taking low-wage jobs out of communities through automation. Go into any McDonalds, for example, and there are fewer employees because customers can order from a digital kiosk.

The school district must, Nurse said, work with students to identify a plan beyond high school.

“Otherwise you’ve got a whole cluster of kids just waiting to turn 16 to drop out of school or acting out because they just can’t do the work.”