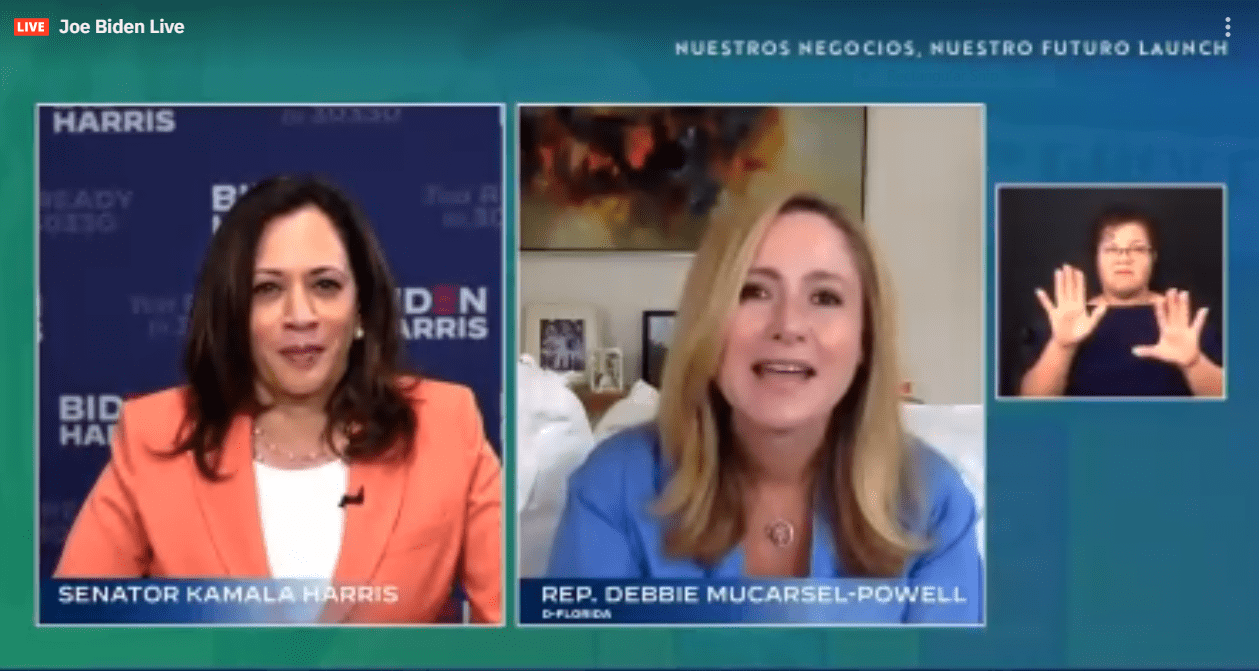 The Florida-centric launch of “Nuestros Negocios, Nuestro Futuro” is no coincidence, given Florida’s diverse Hispanic communities and strong Republican inroads into a number of them,

Beyond that blast, however, most of the messaging was big picture, alternating statistics about how Hispanic businesses, “the lifeblood of the communities,” are suffering with road-tested lines contrasting the Biden and Trump tickets.

Harris said these roundtables would happen elsewhere in the country, combating “suppression and misinformation campaigns” that are designed to make “our communities confused and fearful” about voting.

“We are a nation of immigrants,” said Harris, and “immigration has been a source of strength for our country.”

The current President has been “awful” on the subject, Harris said, “vilifying” immigrants and scapegoating them to distract from his failures elsewhere.

Mucarsel-Powell, facing a tough reelection challenge from Miami Mayor Carlos Gimenez, highlighted immigrant-run, women-run businesses, noting her own odyssey from being an Ecuadorian immigrant to a legislator.

In contrast, Mucarsel-Powell described Harris’ help closing down an ICE detention center in her district.

“You should have seen her,” the Congresswoman marveled.

Expect more of these demographically tailored events as the campaign hits the stretch run.

The Biden/Harris campaign told CBS News it would be “reaching out to Black, Latino, AAPI, young voters and many more, in cities across America to hear firsthand their concerns and lay out Joe Biden and Kamala Harris’s vision for a stronger, resilient, and more inclusive economy,”

Florida saw one of those on Friday, with Harris’ husband Doug Emhoff as part of what was billed as a “Believers for Biden” event.

Another Believers for Biden, this one targeting Muslims, went on at the same time as the event with Mucarsel-Powell and the Senator.

nextDonald Trump is winning Pasco County, but not by the margin he should