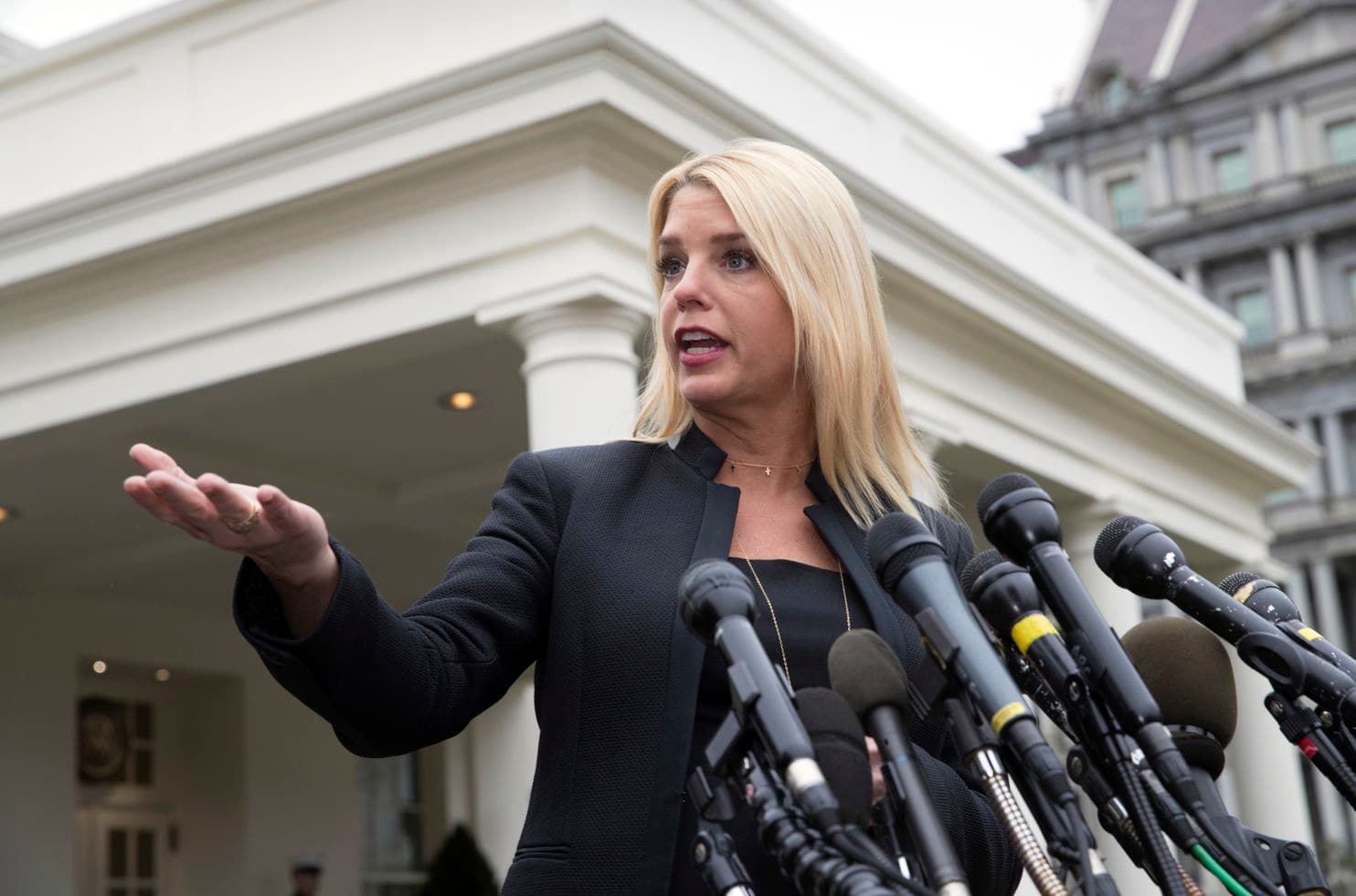 "I think she needs to be looked at."

Former Attorney General Pam Bondi said that New York’s AG should be “disqualified” from looking into potentially false statements the President and the Trump Organization made about property tax values.

“She can’t get away with this,” Bondi told host Jeanine Pirro on Fox News Saturday evening.

Bondi, a staunch defender of President Donald Trump, went on the attack against NY AG Letitia James, expanding on themes she expressed in a tweet earlier this week.

“She’s doing all this currently while her city, while her state is in shambles,” Bondi said about James, “while her Governor is begging people to move back to New York.”

From there, Bondi attempted to delegitimize the inquiry.

“She’s out there still to this day trying to take down the Trump family,” she continued, noting that James was “running for election” in 2018 when promising to bring the President down.”

“She ran on a platform of trying to take down the President and his family. And she has done that nonstop.”

“At minimum,” Bondi counseled, “she needs to be disqualified from any cases involving that family.”

“She made a comment saying ‘they’re going to know my name’, laughing about the family. It’s despicable, what she’s doing and what she’s trying to do. She can’t get away with this.”

James is currently being stymied in compelling the testimony of the President’s son, Eric Trump.

Earlier in the same segment, Bondi was somewhat more sanguine about investigations into the family of Democratic nominee Joe Biden.

Rehearsing claims that Hunter Biden was corrupt (a theme of her RNC speech) and that Joe Biden’s brothers profited in Iraq, Bondi asserted that “no one is above the law.”

previousWinner and Loser of the Week in Florida politics — Week of August 23, 2020