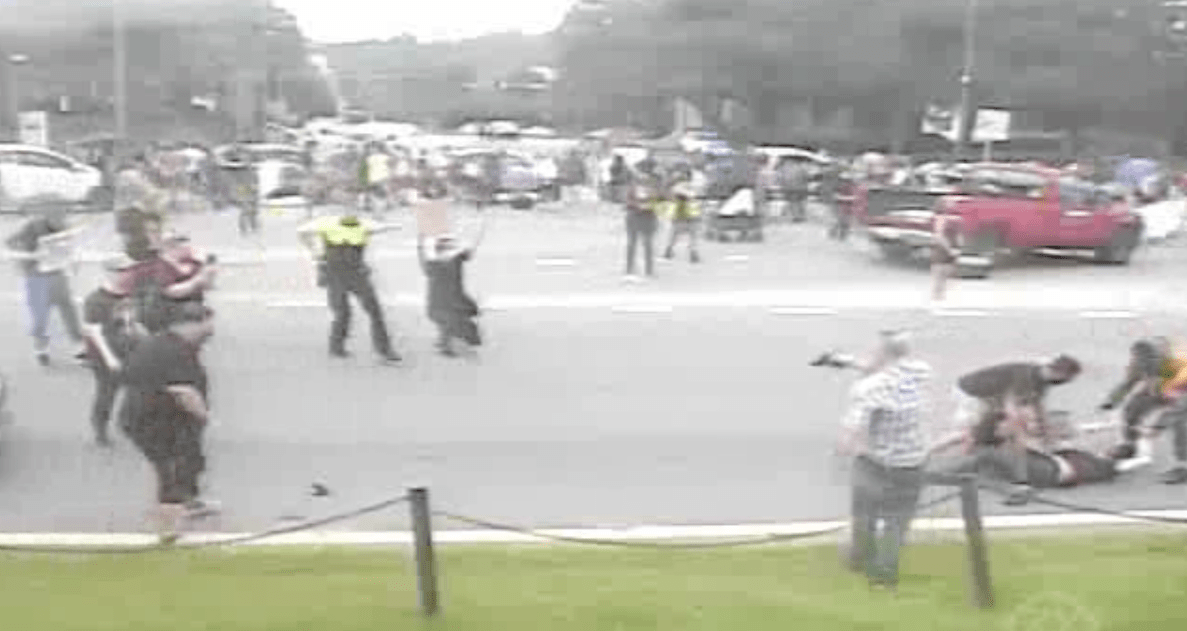 Video shows the man being shoved to the ground and struck by several protesters.

A man attacked during a Black Lives Matter protest acted lawfully Saturday when he brandished a firearm outside of the Florida Historic Capitol, according to the Tallahassee Police Department.

In a news release Sunday, TPD said investigators worked with the State Attorney’s Office to review several video sources. They determined the man “lawfully defended himself” and was a licensed concealed weapon holder.

Tallahassee police did not release the man’s name.

Video released by TPD shows the man being shoved to the ground and then swarmed by several protesters during the attack.

TPD said no one was injured in the incident and no assault charges have been filed.

The protest was organized by the Tallahassee Community Action Committee. On Twitter, the group says they are dedicated to “fighting for peace, justice, and equality through direct action.”

TCAC claimed the incident was a show of “white supremacist aggression” in the hours following the incident.

“We thank those that attended today’s protest,” the group tweeted. “We will not be threatened by white supremacist or police terrorism. We will be back in the streets.”

Saturday’s protest was held to demand justice for Jacob Blake, a Black man shot in the back 7 times by Kenosha police on Aug. 23. The incident has spurred protests and riots in cities across the country and reinvigorated calls for police reform.

In Tallahassee, protesters blocked one of the city’s most traveled intersections with people and cars. TPD said they were given no notice and the protest was non-permitted.

The demonstration came days after the Kenosha police union said Blake had a knife and fought with officers during the incident, even putting one of them in a headlock. The union also said officers attempted to stop Blake twice with a Taser.