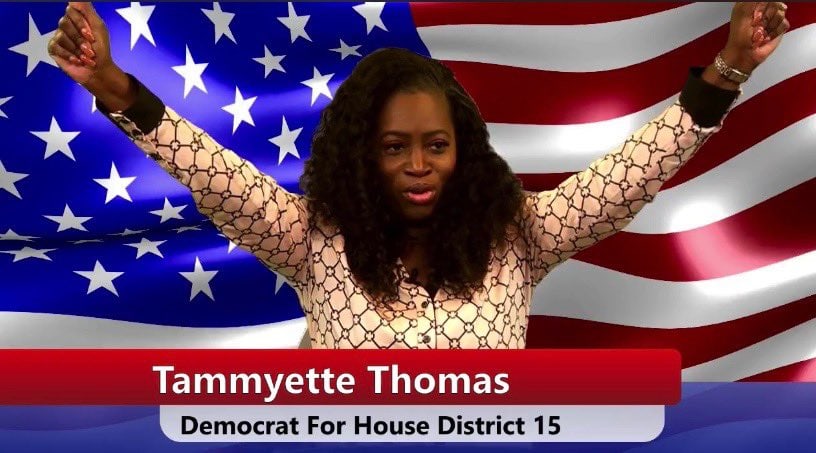 Jacksonville Democrat has yet to report spending on her 2020 campaign.

A Jacksonville Democrat running for state House has yet to report spending on her 2020 campaign, but she is keeping track of it, she told Florida Politics Monday.

Tammyette Thomas, the Democratic nominee in House District 15 in western Duval County, won her primary election earlier this month with 60% of the vote.

But approaching that election, and now well past it, Thomas has yet to report any campaign spending to the Division of Elections at Florida’s Department of State.

When contacted by phone Monday afternoon, Thomas said that campaign finance reporting is “something my deputy treasurer does.”

Then she said “a lot of the money for my campaign came out of my own pocket,” but records show that the full $5,235 in hard money raised by the Thomas campaign through August 21 came from donors.

A record of spending, she said, is being “logged.” That will eventually have to include her qualifying fee, which was paid by her campaign, but unreported as of yet.

Thomas, a first-time candidate, hopes to make Republican Rep. Wyman Duggan a one-term representative in a district that actually has a Democratic plurality, with 44,688 Democratic registrants compared to just 41,715 Republicans.

However, while demographics may be with the Democrat, fundraising is with the Republican. Whereas Thomas has just over $5,000 raised in total, Duggan had over $140,000 available to spend as of Aug. 21, the last date for which totals are available.

The race two years ago was much more expensive than the 2020 race, in which Duggan defeated Democrat Tracye Polson 51%-49%. Between the crowded Republican primary and the heated General Election, over a million dollars was spent.

Duggan also benefited from more than $100,000 in support from the Republican Party of Florida, which funded attack ads, including a bristling spot associating Polson with drum circles, flag burners, and other elements of The Resistance.

Whether Duggan will require those reinforcements in 2020 is a much more open question.