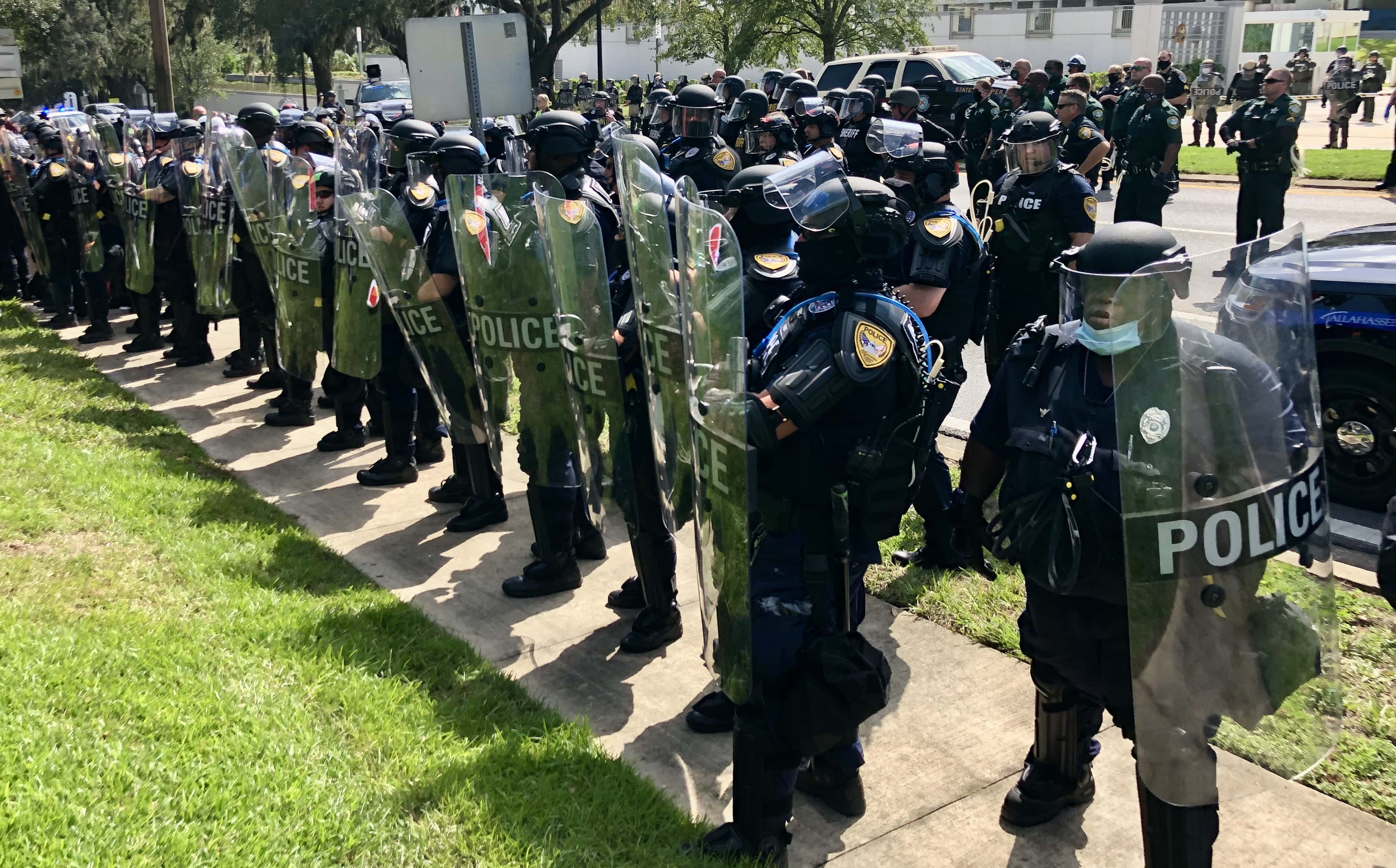 A community activist group said 14 were arrested and two were hospitalized.

Law enforcement arrested 14 people Saturday outside the Florida Capitol during a demonstration against a Leon County grand jury decision. Two protesters were hospitalized after the incident.

Gillum, who led the city from 2014 to 2018 before unsuccessfully running for Governor, compared the protest to other historic demonstrations.

“I’m shocked to see a City where I once served as mayor display this level presence for a peaceful protest,” Gillum said on Twitter. “Never saw this in 16 years of public service there. We should all take a moment to read about the history of “peaceful protest.” The March from Selma to Montgomery was not “sanctioned.” MLK, Gandhi, Rosa Parks, lunch counter protests were not “sanctioned.” They were acts of righteous indignation against unjust systems/conditions.”

Saturday’s police response came days after the Tallahassee Police Department announced their intent to crack down on non-permitted protests, the Tallahassee Democrat reported.

The protesters originally planned to caravan by car and foot to the Florida Capitol. A traffic stop near their destination, however, led to a confrontation between protesters and police.

All but one of the 14 arrested have since bailed out of the Leon County Jail, said a tweet from a local activist group.

Alexander, a Democrat, said he’s displayed “significant restraint” concerning home rule authority during his time in the House. But after reviewing video of the incident, “his spirit compels him to call a spade a spade.”

He continued: “In my strong opinion, our local law enforcement agencies’ response was clearly disproportionate to the actual situation presented to our local authorities. The riot gear and massive show of force were unnecessary for the roughly 100 protesters.”

Alexander acknowledged that organizers did not secure a permit to protest and said that should have been done. He added, however, that protesters did not loot, damage property, or act violently.

“Let me be very clear, this should not be about picking sides, but entirely about our community striving together to be the best that we actually can be,” he concluded.

nextLawmakers to look at state finances