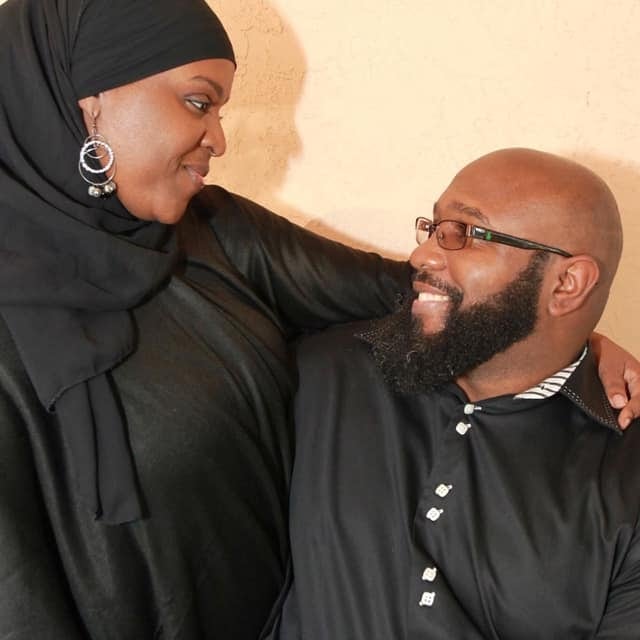 The Miami Gardens Democrat shared a series of pictures of his family along with wedding photos from his wedding with Nelson-Benjamin. He wrote on that post a summary of his wedding vows, closing with the phrase “All I am is for you.”

“Auntie Carleen Aneesa Nelson-Benjamin, there are no words that could ever amount to the love and healing you gave to this world and everyone you came in contact with. You were too great for this world and this world did not deserve you. But, what a blessing and light you were and will continue to be for us all,” Brown wrote. “May Allah grant you the most beautiful palace and an exalted status in paradise. Ameen.”

Democratic officials across the state have since expressed sympathies and support for the incoming lawmaker. That includes statements from incoming House Democratic Leaders Evan Jenne and Bobby DuBose.

“Our hearts go out to Christopher and his four children,” said Jenne, a Hollywood Democrat. “I cannot imagine the pain they are going through right now, but I hope someday soon they will be able to find peace and always hold her memory close.”

DuBose, a Fort Lauderdale Democrat who Benjamin has called a friend, shared his condolences.

“I’m devastated hearing this news,” he said. “I cannot imagine losing my spouse, the person I share my life with. Hug your loved ones at every opportunity, tell them you love them. We can’t take them for granted. My deepest condolences to Rep.-Elect Benjamin, along with his friends and family. We are keeping all of you in our prayers.”

Benjamin on Aug. 18 won election in House District 107. The lawyer defeated Ulysses “Buck” Howard in an open Democratic primary that decided the race. The race remained low-profile, and Benjamin easily prevailed with 61% of the vote.

In November, he will succeed Rep. Barbara Watson, who could not run again because of term limits. He told Florida Politics before the primary it was Watson who suggested he run for the open seat.

Benjamin and his wife had four children together, Amir, Layla, Aaliyah and Jannah.

Nelson-Benjamin had campaigned for her husband, organizing the launch event for his campaign. She had family pictures with three of the children in “Christopher Benjamin for District 107” campaign shirts.

Comments on Nelson-Benjamin’s page revealed she had been receiving medical treatment for an illness before her death. No further details about her death were immediately available.

Benjamin told the Miami Herald ahead of the election that his candidacy was focused on improving pandemic response and on finding ways to ease racial tensions in the community. He has discussed as well how he was raised by a single parent.

In his words about his wife on social media, he credited Nelson-Benjamin toward making a successful life together.

“Since we’ve become one I’ve made a change — everything I do now makes sense,” he wrote. “All I do is for you.”

previousJoe Henderson: As football returns in Florida, caution is the best game plan