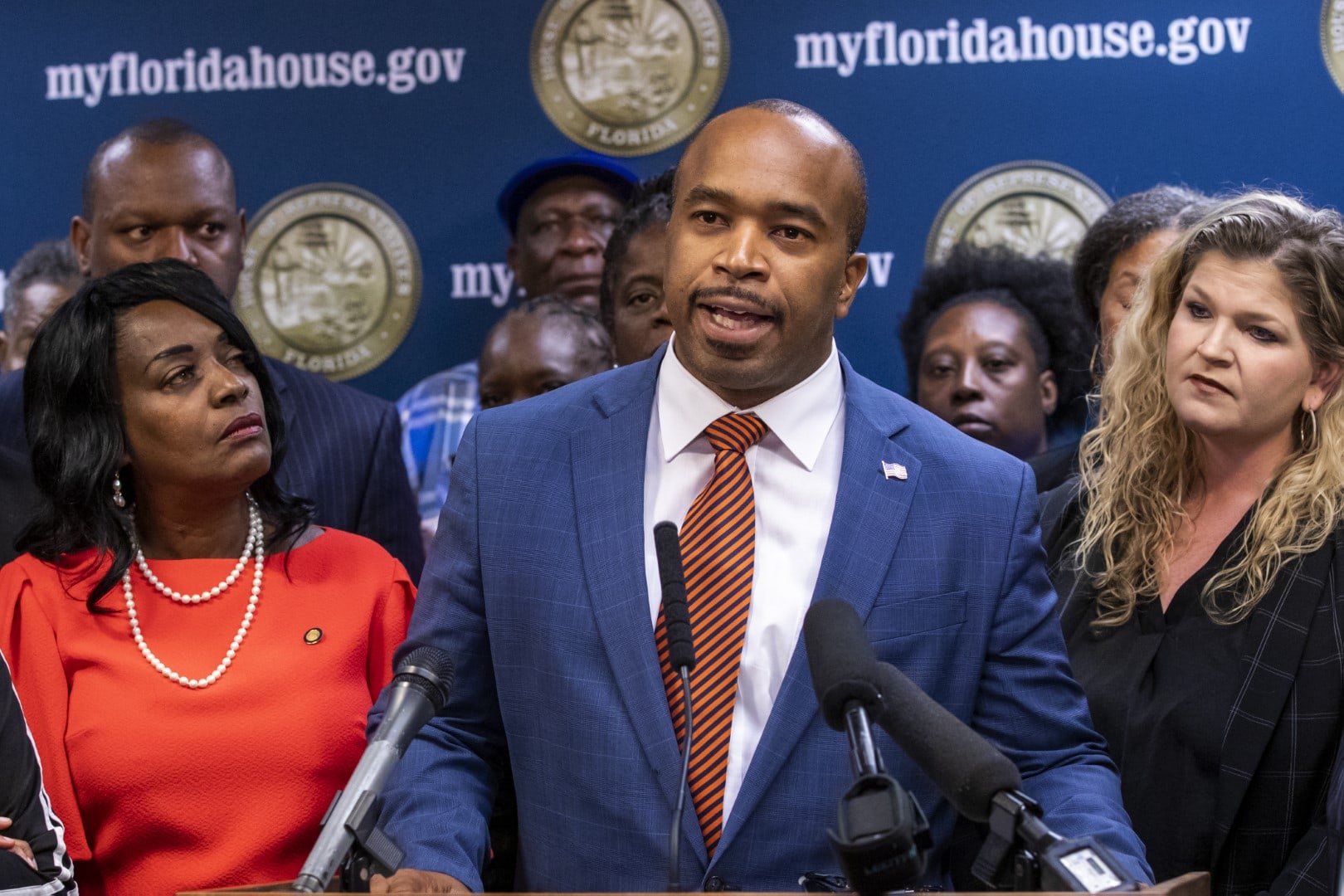 “If you're for Amendment 3, you're not for the minority community, period."

Leaders of the Florida Legislative Black Caucus and a non-profit group sounded off Tuesday against a proposal going before voters in November that they say will decimate minority representation in the House and Senate.

Amendment 3, which seeks to overhaul Florida’s primary-election system by allowing voters to cast ballots in primaries regardless of party affiliation, would give a disproportionate amount of power to primary voters and special interests while diminishing the ability of political parties to put forward candidates, leaders of the Black Caucus and the group People Over Profits contend.

“What’s in front of us is an amendment that is very, very bad for all of Florida, not just the Florida Legislative Black Caucus,” said Black Caucus Chairman Bobby Powell, a Democratic Senator from West Palm Beach.

Glenn Burhans, chair of All Voters Vote, the political committee behind the proposed constitutional amendment, said he “respectfully and strongly” disagrees with the contention of the caucus members who oppose the measure.

“Today, approximately 1 million Black and Hispanic voters are denied the ability to vote in meaningful elections simply because they refuse to be forced to join a political party,” Burhans said in a statement. “That denial of the right to vote is wrong. The All Voters Vote amendment will ensure that no registered voter can be denied the right to vote in these taxpayer-funded elections.”

But state Senate Minority Leader Audrey Gibson, a Jacksonville Democrat, said the proposal would undermine the 1965 federal Voting Rights Act and the 2010 state Fair Districts Amendment that require the ability for racial minorities to elect candidates who reflect their communities.

“If you’re for Amendment 3, you’re not for the minority community, period,” Gibson said.

The measure’s opponents argue that by allowing Republican and no-party affiliation voters to cast ballots in primaries in Democratic-leaning districts, minority candidates would face electorates made up of more white voters. While Democratic candidates would still be expected to win the primaries, the chances would increase that those candidates would be white.

In August, People Over Profits released an analysis predicting the proposed change would make it tougher for Black candidates in nearly half of the 17 Black-majority districts in the House and for four Black senators representing majority-minority districts.

“I’m not aware of any Black state senator that represents a district that is not majority black. None,” said People Over Profits Chair Sean Shaw, a former state lawmaker who ran for attorney general in 2018. “So, it’s not an assumption and it’s not a maybe this will help. And it’s not that if we lower the voting share that something bad could happen. It’s what currently exists in Florida.”

Shaw added the proposal “misleadingly” focuses on primaries and the disenfranchisement of independent voters, who are unable to take part in party primaries under the current system.

Shaw noted that under the proposed amendment, the two gubernatorial candidates who would have advanced from the 2018 primary would have been Gov. Ron DeSantis and Adam Putnam, both Republicans.

The votes cast in the 2018 primary were only from members of the two parties. Shaw said Democratic gubernatorial candidate Andrew Gillum, who won a seven-way primary with 34.4 percent of the vote, would have needed 58 percent of the independent voters to catch Putnam, who finished second in the Republican primary.