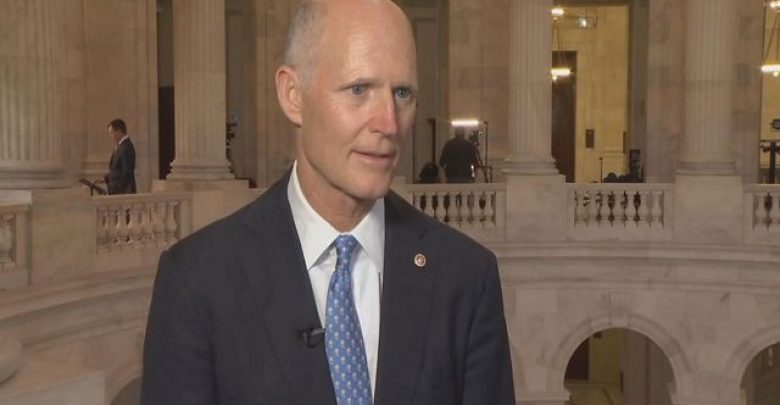 Another election year brought a temporary reprieve from the White House to Florida waters, with the President issuing a 10-year moratorium this week on oil drilling off Florida’s coasts.

Skepticism abounds on the left as to the durability of that promise, but for Sen. Rick Scott, who has claimed consistent opposition to offshore drilling, Donald Trump‘s executive order is something to celebrate.

The ban extends a verbal commitment from the administration made while Scott was still Governor, a pledge by former Interior Secretary Ryan Zinke that was belied by other indications that the Trump administration was exploring drilling.

The Senator shared his thoughts on the continued reprieve Thursday on a familiar platform: the Fox Business Network’s morning showcase, “Varney and Company.”

Scott said he had been “talking to President Trump since he was running back in 2016 about the importance of not having offshore drilling.”

“The Department of the Interior stopped looking at Florida for offshore drilling when I was Governor,” Scott contended. “I worked with Secretary Zinke on that. The President did the right thing.”

“I worked hard with the President and the Secretary of the Interior,” Scott essentially reiterated, “to make sure we don’t have offshore drilling, and I’m glad the President did that.”

“We all remember the Deepwater Horizon oil spill,” the Senator said. “That’s something we don’t ever want to happen to our state again.”

Beyond the environmental issues, Scott contends military readiness is a factor.

“It’s the biggest area where our Air Force and Navy have the opportunity to test and train their pilots,” Scott said. “Those two reasons are why it’s important what the President did.”

While an executive order beats nothing, Democrats contend that federal legislation is a better resolution, noting that presidential nominee Joe Biden would sign such a bill.

Here we go with another election year Trump head fake on offshore oil drilling near Florida! We will not be safe until Congress passes a permanent ban on drilling off Florida’s coast…legislation @JoeBiden will support.