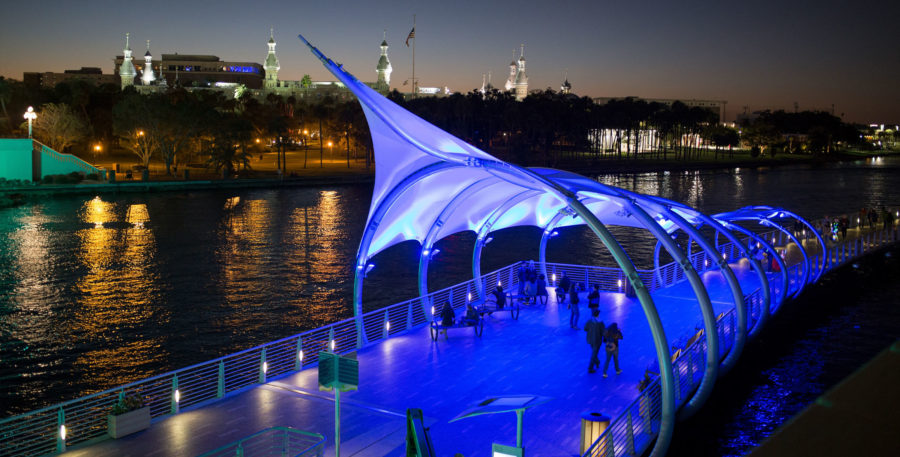 The project will provide safe connectivity between downtown, Ybor City and West Tampa.

The city of Tampa is being awarded $24 million to extend the west portion of Riverwalk North and connect to nearby neighborhoods.

The grant is awarded through the U.S. Department of Transportation’s Better Utilizing Investment to Leverage Development (BUILD) grant.

“This is a transformative project for the City of Tampa that will lead to significant investments in West Tampa and the West River,” said Tampa Mayor Jane Castor. “Not only will the continuation of the Riverwalk on the West side of the river provide safe multimodal transportation choices for pedestrians and commuting cyclists, but it will create a world-class destination for the surrounding new and existing neighborhoods.”

The grant will fund completion of the 12.2 mile Riverwalk. The city and local public and private partners have already invested more than $1 billion on parks, housing and office and retail space in the project area.

The project is expected to increase private sector investment by more than $700 million.

The grant requires a 20% local match, bringing the total investment under the grant to $30 million.

“Tampa’s strategic growth and quality of life are fueled in part by the Hillsborough River, and the completion of the Riverwalk on the East side has led to billions of dollars in new economic development that has brought Downtown to life once again,” Castor said. “A project like this will spur growth and lead to new business opportunities, jobs, affordable housing developments, and more ways for our residents and visitors to enjoy our waterfront as we Transform Tampa’s Tomorrow.”

The city of Tampa already completed a massive rehabilitation at Julian B. Lane Riverfront Park, which the new Riverwalk sections will compliment.

Completed portions of the Riverwalk on the west side of the Hillsborough River were done using $10 million in federal funding.

“I rigorously championed the City of Tampa’s vision due to the transformational improvements that previous grants have provided for our hometown and the related jobs,” Rep. Castor said.

The completed new Riverwalk will be 12.2 miles of contiguous bicycle and pedestrian access, completely blocked off from vehicular traffic, other than at certain crossing points.

The path will connect three neighborhoods in declared Opportunity Zones from the west side of the Hillsborough River to downtown.

It will also provide safe non-vehicular transportation options to get to the University of Tampa, West Tampa, Ybor City, Tampa Heights and downtown.

“Today’s announcement is a great victory for our Hillsborough County and Tampa Bay area community.  It is also a testament to the power of bi-partisan cooperation and the ability of our local, state, and federal leaders to work together to get results for our constituents,” Toledo said.

Added Rubio: “It is great news that the City of Tampa will receive a $24 million BUILD grant,” Rubio said. “This funding will help to significantly improve and modernize the city’s transportation infrastructure. I look forward to seeing the completion of these projects and to continuing my work with the Administration to support efforts to improve mobility options across our great state.”