Hillsborough Commission candidate Scott Levinson has only voted for himself 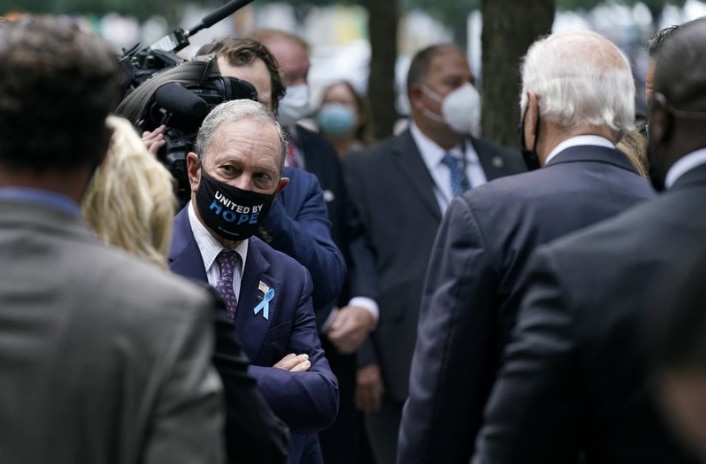 Bloomberg’s late stage infusion of cash reflects Democrats’ concerns about the tight race in a state that is a priority for President Donald Trump. A victory for Biden in Florida, the largest of the perennial battleground states, would significantly complicate Trump’s path to reaching the 270 Electoral College votes needed to secure a second term.

Bloomberg is funneling his money through his political action committee Independence USA. It will work with other Democratic groups to focus on turnout of voters for Biden in Florida. In particular communication with Hispanic voters will be a key part of the strategy.

The billionaire Bloomberg launched his own campaign for the Democratic nomination late last year amid worries about Biden’s strengths. Despite spending $1 billion on his campaign, Bloomberg struggled and dropped out in March, quickly endorsing Biden.

His operations say that he became and remains the largest individual contributor to Democratic campaigns this year,

Bloomberg’s new spending is intended to boost Biden before the start of early voting in Florida, which begins on Sept. 24. A Bloomberg adviser said much of the money will go to television and digital advertising.

Bloomberg also invested an additional $35 million in Hawkfish to help Democrats counter Trump’s digital operation. This investment is helping the company cover their core expenses while they provide other Democratic campaigns with data and analytics to target voters with tailored messages.