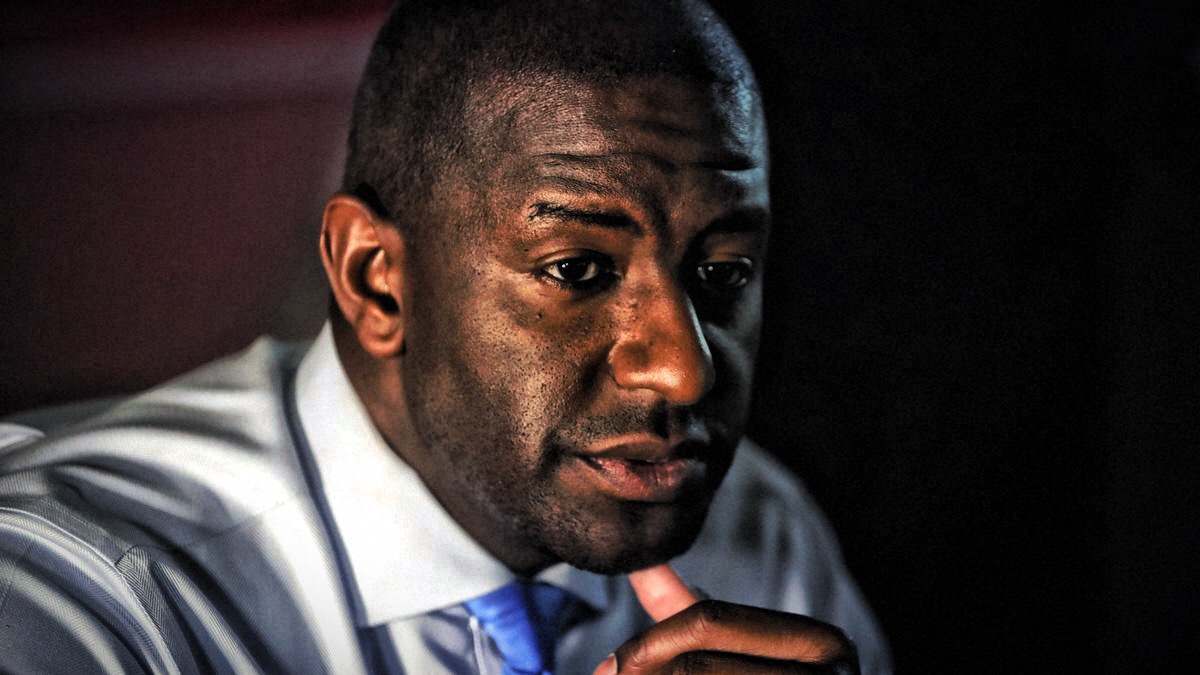 Florida politicians offered a range of reactions Monday to Andrew Gillum’s national interview, in which he disclosed to Tamron Hall that he identifies as bisexual.

State Rep. Shevrin Jones, a West Park Democrat expected to be Florida’s first openly gay Senator, tweeted: “Love you Andrew Gillum. Thank you for showing the world that we all have a story to tell and that grace can/should be extended to all of us. This interview is reason 2020 why Andrew Gillum is my brother and friend, and have been for over 18 years. Brother, live your TRUTH, FREE yourself, and give others permission to do the same.”

Rep. Carlos Giullermo Smith, an Orlando Democrat and openly gay lawmaker, also offered support. “It’s not always easy being your authentic self, but I’m glad Andrew Gillum is telling his truth,” Smith tweeted. “Wishing him, R. Jai and his family the best!”

Rep.-elect Michelle Rayner-Goolsby, a St. Petersburg Democrat and the first LGBT Black woman elected to office in Florida, also expressed support. “We all deserve to be seen, loved and honored for our authentic selves. When we live in such a way- it sets others free. Proud of you Andrew Gillum,” she tweeted. “Also- my sweet soror R. Jai Gillum. Love you. You have shown us how to fiercely protect your partner. Love to the Gillums.”

Rep. Anthony Sabatini, a Howey-in-the-Hills Republican, argued that Gillum ignored other controversies: “But what about the crystal meth, prostitution, and Hamilton tickets though??,” Sabatini tweeted.

House Candidate Joshua Hicks, running in District 11, offered praise: “So incredibly proud of Andrew Gillum. Everyone should always be allowed to be true to themselves and come out on their own terms. He didn’t have to come out as bisexual… he doesn’t owe us anything… but proud of him for living his truth.”

Chris King, Gillum’s running mate in 2018, expressed love and support for the Gillum family. “Kristen and I love R. Jai and Andrew Gillum. Today, they powerfully shared their truth with courage, grace, and authenticity. All of us, and all of Florida, should be rooting for the entire Gillum family. I know we are,” he tweeted.

Joe Saunders, Florida’s first openly gay lawmaker and now a spokesman for Equality Florida, applauded Gillum. “Tonight I’m standing with Andrew Gillum and standing in all of the messy, honest, complicated, liberated, and hard fought truth that is what it means to step into the sun,” he wrote on Facebook.

Nadine Smith, executive director of Equality Florida, released words of advice and solace for Gillum. “Sometimes the lowest point, when no path is visible, when grief and sadness grip us tight…sometimes that is the beginning of becoming more truly alive, authentic and at peace than you could have ever imagined,” she wrote on Facebook. “Wishing you well. Keep moving forward. You will get through this and be stronger for the journey. The world doesn’t demand your perfection. It needs the real you and the hard-gained wisdom that comes from finding yourself.

There was also reaction from political activists at the national level.

Human Rights Campaign President Alphonso David tweeted about the significance of Gillum coming out. “Coming out as bi+ looks different for every person. No matter the circumstances, all people deserve respect,” he wrote. “Andrew Gillum sharing his story will no doubt help others who may be struggling with coming out on their own terms.”

Charlotte Clymer, former press secretary for the Human Rights Campaign, remarked: “I’m happy for Andrew Gillum and his family that he’s living his truth, I think it takes courage to come out, especially like this, and I am holding bisexual people in my thoughts because I’m sure that bisexuality will be inaccurately and callously covered by some in media today.”

David Johns, executive director of the National Black Justice Coalition, released an extensive statement that stated, in part: “Black members of the LGBTQ+ community across the country watched Andrew Gillum’s interview with Tamron Hall today with empathy and love, as so many of us can relate to the complex issues and feelings he conveyed. I applaud Gillum’s willingness to be vulnerable about his struggles and journey on national television, and deeply appreciate the raw emotion he conveyed in his conversation with Hall alongside his wife, R. Jai. Gillum’s reflections demonstrate that there must be space in our country for people to be themselves without shame and fear. When we are forced by harmful societal expectations to operate in black and white, with no room to express the many gray areas of ourselves that make us who we are, we get hurt.”

Kayla vanWieringen, political director for Ruth’s List of Florida, praised the interview. “As a bi woman, this makes me deeply emotional and so very proud of Andrew Gillum,” she wrote. “There is nothing more important than living your truth.”

Meanwhile, conservative video director Robby Starbuck criticized Gillum for shifting the subject to sexuality. “Hey Andrew Gillum, it’s not that you’re bisexual that’s the problem. It’s the male escorts and crystal meth in a hotel room that’s the problem. Trying to use being bisexual to distract from what you did is a pretty gross way to use the gay community. Typical Democrat.”