What a selection of down-ballot polls tell us about Donald Trump vs. Joe Biden in Florida 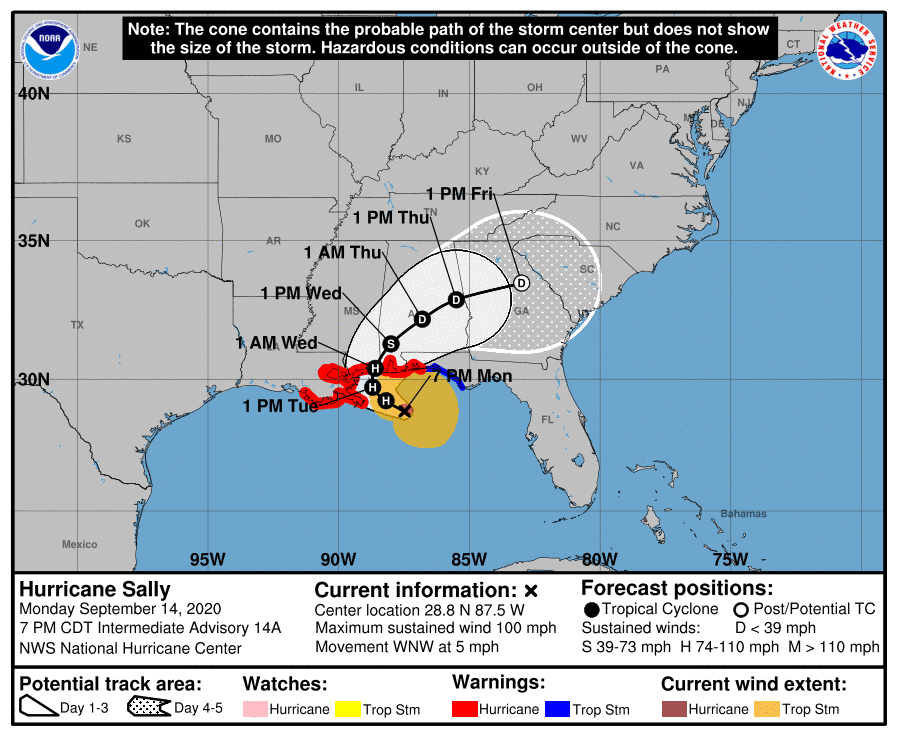 According to the National Hurricane Center, the storm is expected to affect the Northwest panhandle with five to 10 inches of rain. The NHC also warned that storm surge and wind hazards will extend 60 to 80 miles from the storm’s center.

Although the brunt of Sally’s strength is forecasted to directly impact Louisiana and Mississippi, the Governor’s executive order will direct and ready resources such as shelters and the National Guard.

“The threat posed by Hurricane Sally requires that timely precautions are taken to protect the communities, critical infrastructure, and general welfare of Florida,” the executive order reads, adding: “As Governor, I am responsible to meet the dangers presented to Florida and its people by this emergency.”

Sally, which is the 18th named storm of 2020 Atlantic Hurricane Season, is expected to make landfall late Tuesday or early Wednesday. Only three more names are left in the hurricane season before the National Oceanic and Atmospheric Administration will need to draft additional storm names.

The 2020 Atlantic hurricane season outlook was upgraded from “above-normal” to “extremely active” by the National Oceanic and Atmospheric Administration in August.

A hurricane warning is in effect in Louisiana and Mississippi.

“Sally is expected to be a dangerous hurricane when it moves onshore along the north-central Gulf coast,” the National Hurricane Center advised. “Life-threatening storm surge, hurricane-force winds and flash flooding likely along portions of the Northern Gulf Coast.”