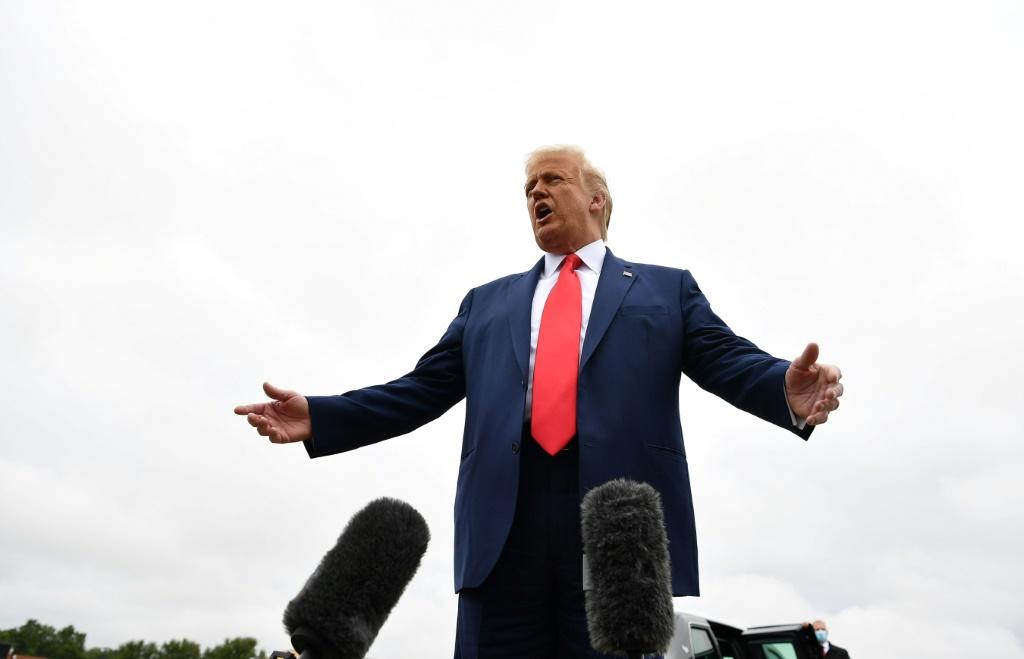 As the Joe Biden campaign predicates much of its messaging on the President’s virus response, Donald Trump is conveying a different narrative.

On Fox and Friends Tuesday morning, the President said America is “rounding the turn” on coronavirus response, with Florida “doing great,” and a vaccine imminent.

“We’re doing good and the vaccine is coming shortly,” the President added.

Florida, of course, has suffered a hard hit from COVID-19, with nearly 666,000 cumulative cases and 12,800 cumulative deaths when residents and non-residents are combined. Case loads have declined in recent weeks, however.

The President, in the wake of Bob Woodward‘s book revealing that he consciously “downplayed” the virus, admitted on Tuesday morning that was, in fact, the strategy.

While the President said the Woodward tome was a “bad book, a boring book,” it nonetheless plays into the late-stage messaging from the Joe Biden campaign and its surrogates, in-state and elsewhere.

VP nominee Kamala Harris, a Senator from California, responded specifically to the claims in the Woodward book last week in her campaign swing through South Florida as the assertions became part of the news cycle.

“On Feb.7, the President of the United States was in a conversation where he said that COVID was deadly stuff,” Harris added, noting that Trump was “the same man who for days, weeks, if not months thereafter called it a hoax, dismissed the seriousness of it.”

The President, Harris said, is “an individual who is not concerned about the health or safety of the American people.”