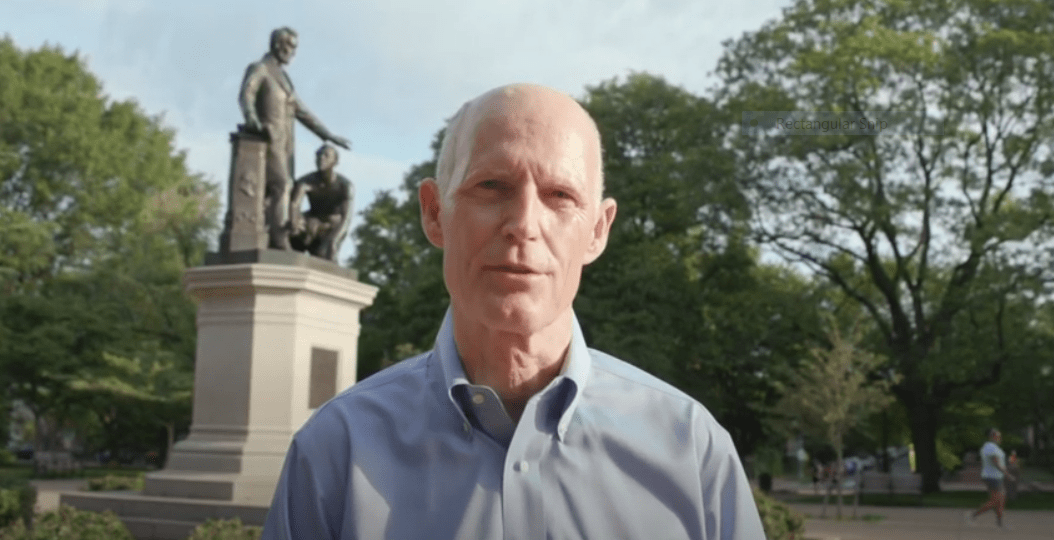 Florida’s junior Senator continues to stand athwart the menace and protests teeming on the streets of American cities, with a hard-hitting op-ed serving as his latest salvo.

Sen. Rick Scott, in a piece published Tuesday on the Fox News website, issued a sharp rejoinder to protesters.

“We will not surrender America to fascist punks or woke elitists who despise everything we stand for. It will not happen.”

“America, which is one of the few countries that guarantees individual rights, is the country the Radical Left wants to tear down. I am mad and will do everything I can to protect this country,” Scott wrote.

He wondered why people weren’t protesting leaders such as China’s Chairman Xi, but instead were engaging in the kind of anti-American agitprop favored by America’s enemies.

“I am mad when I hear rioters chant ‘Death to America’,” Scott said. “These are the same chants you hear in Iran.”

Scott is also incensed by rioters chanting “we hope they die” after two officers were ambushed in Compton, and “mad rioters are barging into restaurants and demanding we support their political point of view.”

The Senator contends “the rioters have no plan or clear agenda; they simply want to tear down our country.”

“The federal government has a responsibility to protect our country from anarchy,” Scott asserted last month.

The Senator has also messaged heavily against calls on the left to “defund the police.”

“The single most ridiculous and irresponsible policy idea that has been suggested in my lifetime can be summed up in three words: ‘Defund the police.’ And yet, it is actually being discussed and debated as if there are pros and cons to it by those on the Left. There are no ‘pros’ to defunding the police. There are no coherent arguments for this lunacy.” Scott wrote in the Washington Examiner earlier this summer.