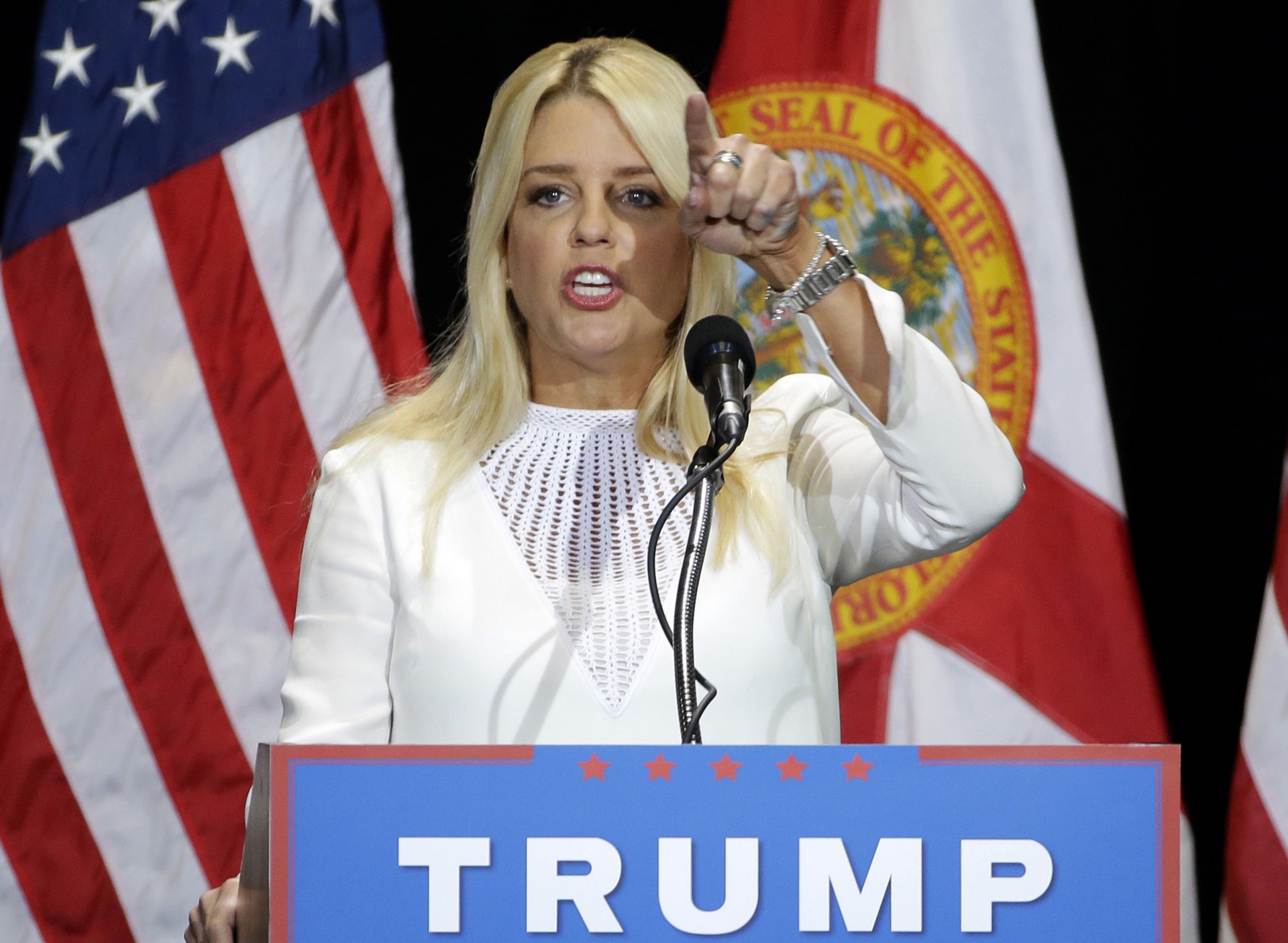 Lara Trump, Katrina Pierson will also be on hand.

Though Tuesday may have belonged to the Joe Biden campaign, with the candidate finally visiting Florida, the Donald Trump campaign plans a Wednesday surrogate counterpunch.

For Bondi, who is now with the Trump-connected Ballard Partners, the Jacksonville stop offers her the latest opportunity to provide some quotable red meat lines on behalf of the President.

At last month’s Republican National Convention, Bondi focused her attacks on Biden and Hunter Biden, the somewhat-less-mentioned son of the nominee, whom Republicans seek to make a central issue of the campaign.

Using the kind of pitched rhetoric familiar to those who followed her career in public life and as a commentator, the lawyer-turned-lobbyist took a star turn as a prosecutor, indicting the Bidens while extolling the President, in a choice between who is “saving” and who is “swindling” America.

“For Joe Biden, it’s been a land of opportunism, not opportunity … I’ve fought corruption, and I know what it looks like,” Bondi said.

Hunter Biden, meanwhile, was “paid millions to do nothing … the son of the man responsible for [giving] US aid to Ukraine.”

Bondi also implicated the Bidens as sitting ducks for Beijing and the “bankers of the Chinese Communist Party.”

Beyond the RNC speaking stint, a prime-time showcase, Bondi has been deployed to deliver other hard-hitting messages, including likening Biden’s proposed mandatory mask policy to a totalitarian gambit worthy of Fidel Castro’s Cuba.

“What’s it similar to? In Cuba, where Castro makes all school-aged children wear a Pioneer Scarf,” Bondi said in June. “What’s going to be next? Banning guns.”

With polls showing a gender gap, with Trump generally winning with men but women preferring Biden, it will be interesting to see if the message is modulated to swing voters or is exclusively a play to the Republican base.