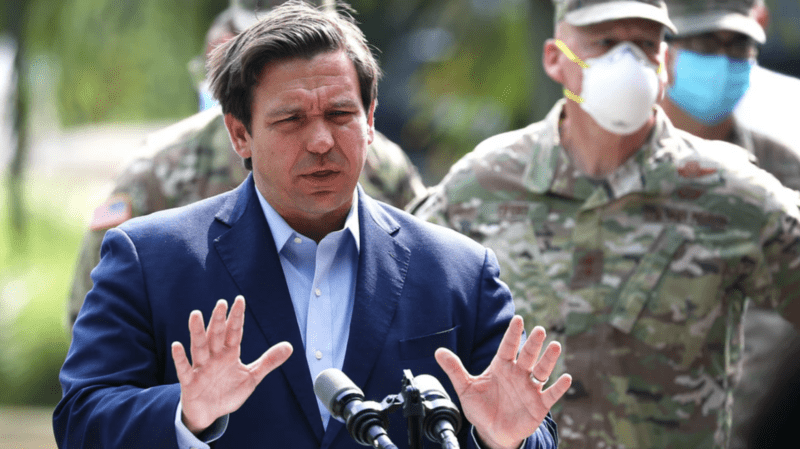 More than 7,000 linemen are working around the clock in wake of Hurricane Sally.

Gov. Ron DeSantis on Thursday identified power restoration and reconstruction as the next priority in wake of Hurricane Sally.

The shift from rescue to reconstruction comes after DeSantis spent most of Thursday assessing storm damage aboard a U.S. Coast Guard plane alongside state and local leaders.

“Power is a major, major initiative and priority at this point,” he told reporters from a Pensacola airfield shortly after landing.

The Governor said more than 7,000 linemen are working around the clock to service the roughly 250,000 Panhandle homes without power. Since Sally’s overnight departure, power has been restored to 40,000 of those homes.

While restoring power is one issue, clearing roads crowded with debris is another. DeSantis said he’s instructed the Florida Highway Patrol and Florida Department of Transportation to “do whatever you need to do” to ensure utility trucks can access the impacted areas.

He asked residents to avoid the area.

“If you’re somebody that is just kinda going out to drive to drive, now may not be the best time to do that,” the Governor said. “It’s really slowing down being able to get all the utility trucks where they need to be.”

Meanwhile, the Department of Emergency Management (DEM) has deployed hundreds of generators, water pumps and light towers to help relieve the area of outages and flooding. The generators, among other purposes, will be used to service key structures and traffic lights. The light towers will allow utility crews to continue restoration efforts overnight.

The DEM has also supplied the region with 972,000 water bottles, 279,000 meals, and several mobile feeding kitchens. The Governor noted that three boil water notices have been issued in Okaloosa, Escambia, and Bay county.

Chao spent Thursday assessing structural damage in the region including the missing portion of Three Mile Bridge in Pensacola.

“We have all hands on deck,” DeSantis said. “We want to make sure to continue to keep people safe, rescue if needed, get that power back on.”