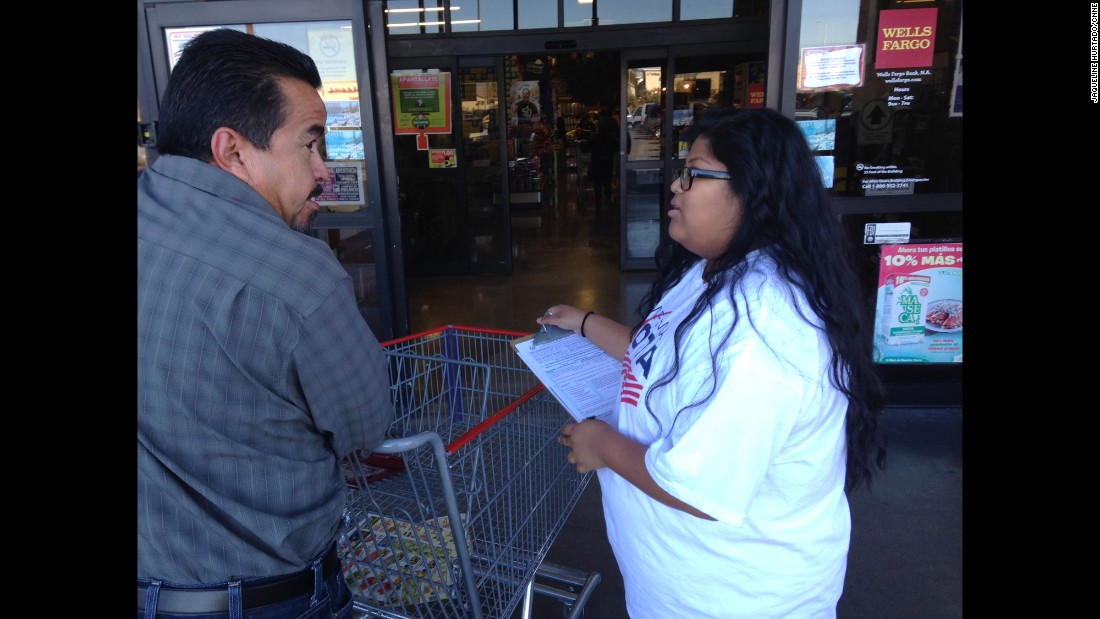 To do that he will have to focus on non-Cuban Latinos.

If Democrat Joe Biden takes at least 60% of Florida’s Latino vote, it will be hard for President Donald Trump to defeat him in the Sunshine State.

That’s the conclusion of EquisLabs, a polling and research firm specializing in Latino voters, based on research it reported Monday with the Democratic group People for the American Way.

In a press call, EquisLabs unveiled results from its research that shows the impact Latino voters can have in Florida as well as in several other swing states.

Representatives of that firm and of People for the American Way said they weren’t interested in projecting a winner in each state, but in measuring the potential impact Latino voters could have on the outcome of the presidential contest.

The presenters made the case that Latino voters clearly are decisive blocs in Florida, Nevada, and Arizona, but also have the potential to swing the outcomes in other states with much smaller Hispanic populations, such as Wisconsin and North Carolina.

“Our aim is to identify where the Latino vote has the potential to be pivotal to the outcome of the election, helping campaigns and funders and others make wise research decisions and contextualizing the polling for other observers to understand what it is actually going to take to win,” said EquisLabs President Stephanie Valencia.

In Florida, Biden holds a winning coalition in most scenarios if he can win 60% of the Latino votes and White and Black votes break as expected, EquisLabs concluded.

On the other hand, if Trump can top 40% support among Latino voters in Florida, Biden would have to count on higher-than-expected Latino or Black voter turnout in order to win.

“For Biden to be in range in Florida he needs to get over the 60% threshold of Latino support. To get there he needs to maximize his support among non-Cuban Hispanic supporters, even if he runs up a high level of support among Cubans,” said EquisLabs Vice President Carlos Odio.

EquisLabs notes that Republicans, including Trump, always hold a commanding advantage among Cuban-Americans. The firm ran its calculations based on three scenarios regarding Cuban-Americans: showing Trump receiving 68%, 70% or 74% of the Cuban-American vote in Florida.

The firm, which based its calculations on its own polling as well as a composite of other polls, expects Biden to similarly dominate among Puerto Rican voters and among other Latino voters. That, the representatives of EquisLabs and People for the American Way said Monday, is where Biden must focus in Florida.

“We talk a lot about the Cubans and holding the numbers he’s in the range for. But it’s not one or the other. Even if you get more Cuban support, if you don’t maximize the non-Cuban vote, then he won’t get into the territory we think he needs,” Odio said.

EquisLabs ran models based on Trump getting the votes of either 59% or 60% support among Florida’s White voters.

Odio said 40% is close to the historic average in Florida for Democrats, though Biden has polled as high as 44% among Florida’s White voters.

“If Biden can do as well with White voters as he was polling during the summer, our research shows him winning the state regardless. The very huge caveat there is that Florida will always find a way to be Florida,” Odio said.

The scenarios EquisLabs ran varied voter turnout among Florida’s Latino voters, to see what percentages of Latino votes Biden would need, together with Black votes, to overcome Trump’s strong majorities among White voters.

In the 2016 election, Latinos represented 15% of Florida’s electorate, Ohio said.

If Biden manages 41% of the White vote, he could win if Latinos represent 15% of the electorate and just 56% of Latinos vote for him.

Odio said no polling has been done yet to measure potential impact if Trump selects U.S. Circuit Judge Barbara Lagoa, a former Florida Supreme Court Justice and a Cuban-American, for the opening on the U.S. Supreme Court.

Valencia and others on the call. said that Lagoa’s posture as a conservative jurist presumed to be a no-vote on most abortion questions probably would not have the kind of impact on the Hispanic community that Trump might expect.

She said her firm’s polling shows that Latino voters “are far more progressive in their ideology than we’ve been led to believe,” with regard to abortion. She said more than 60%, even among those who profess strong religious views, support some abortion rights.