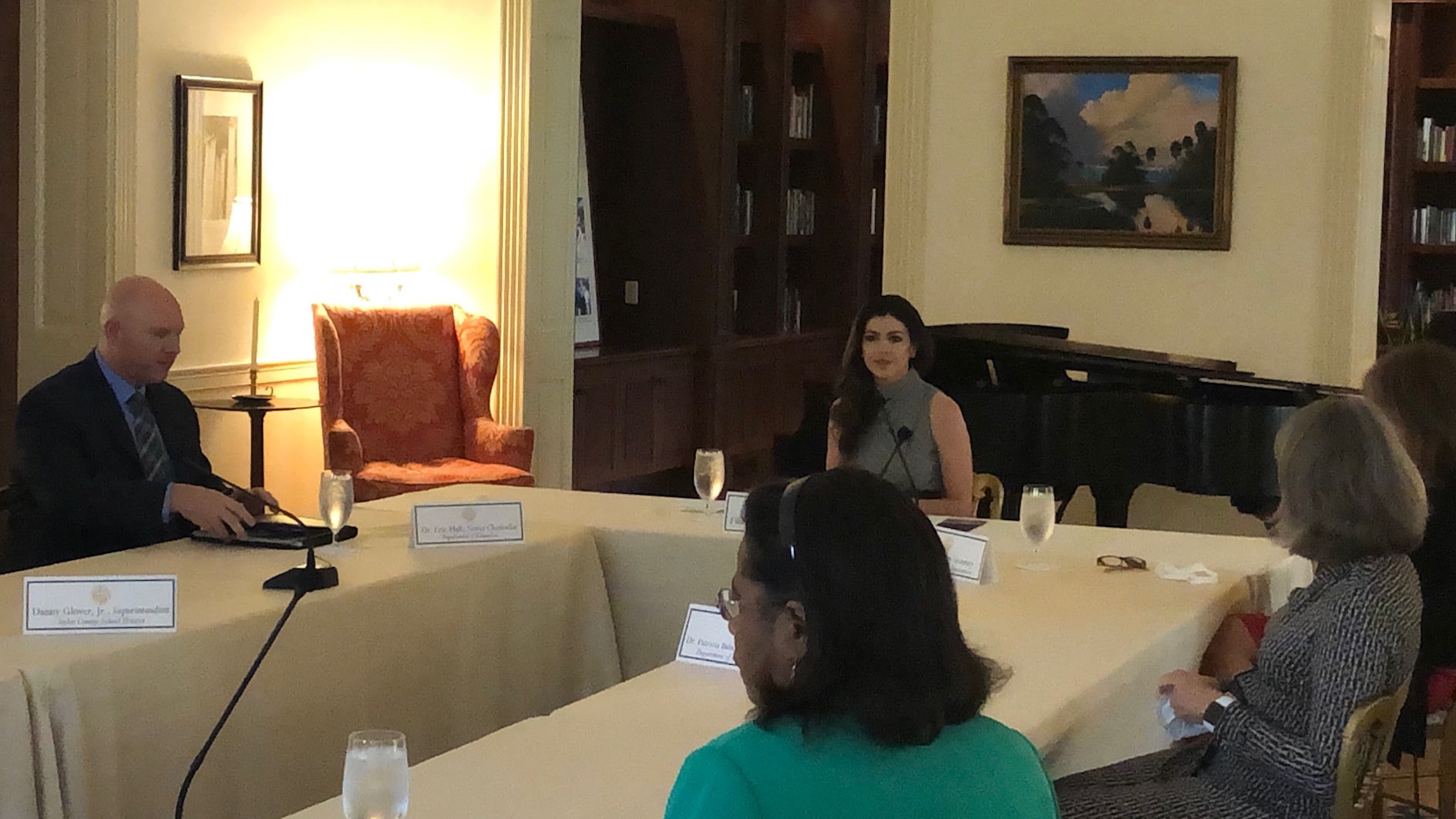 The CARES Act funds come on top of $100 million approved in the current budget.

Florida will distribute $2 million in CARES Act funds for rural county school districts to bolster their mental health services during the COVID-19 pandemic.

First Lady Casey DeSantis announced the upcoming distribution during a roundtable Monday with state health care and education officials along with superintendents of rural county school districts. Districts will be able to submit applications to cover services including broadband access, telehealth and expanded counseling staff.

Of the 13,317 deaths among Florida residents with COVID-19, only 35 have been among people younger than 25, and of the 42,543 hospitalizations, 1,608 have been in that age group. But the pandemic has taken a toll on children in other ways, she said.

“At the end of the day, we have to make sure we’re thinking about this holistically and all of the other things that we might not be thinking about and why everybody is pushing the kids to safely be in schools because it is just so important for their overall wellbeing to be able to have that outlet,” DeSantis said.

In the 2020-2021 state budget, Gov. Ron DeSantis approved $100 million for mental health services. That’s a $25 million increase over the previous budget. The new funding, which comes from a pot handed down by the federal government, comes in addition to that $100 million.

The Governor and Education Commissioner Richard Corcoran have mandated schools provide in-person education for students whose parents want them there. Part of that push has been to improve education outcomes, but also to combat the isolation and loneliness that has been affecting people nationwide, particularly youth.

Based on a report from the U.S. Centers for Disease Control and Prevention for mental health and substance abuse metrics among adults during the pandemic, and extrapolating from the 18- to 24-year-old cohort, the First Lady estimated that more than 400,000 children have potentially considered suicide in Florida.

In past appearances, the First Lady has stressed the declining number of calls to child abuse hotlines in the state, which saw 20,000 fewer calls following school closures in the spring compared to a year prior. Since schools have started reopening, calls have increased 27%, which she noted as a sign that teachers and counselors are reporting abuse cases.

While telehealth services have increase by 3,000% during the pandemic, several school districts have struggled to implement services, whether through internet access or providing enough counselors for students. The $2 million in funds will be available to districts from 18 rural counties the state identified as districts in need, with Agency for Health Care Administration Secretary Mary Mayhew calling for a “child-centric approach” to policymaking.

“Often you might be looking six months, 12 months, two years down the road,” she said. “We need to be looking at from the time that child is born to when they enter kindergarten, throughout their K-12 years and then are they strong, healthy independent adults when they leave high school.”

Expanding telehealth is beneficial, Mayhew added, particularly for those on Medicaid, for whom access to services is often more difficult.

Of the three superintendents at the Governor’s Mansion roundtable, none indicated their districts are using telehealth extensively. Shirley Joseph, Madison County’s superintendent, said her district was using it on a small scale. Meanwhile, Danny Glover of Taylor County said his district was not.

“We’re not using it as of now, so this may be a good opportunity for some investment for us to start moving that way,” the superintendent said.

Mike Thomas, Dixie County’s superintendent, said his district was trying to keep things as normal as possible amid the pandemic shutdown and reopening, noting they “didn’t cancel a lot of things that other districts canceled.” Schools in his district kept graduation and held prom over the summer.

“Kids, they only come up through high school once, and to be able to graduate and it be as normal as possible was huge for our kids,” he said.

Although rural counties weren’t hit with the raw numbers that South Florida and other more populous parts of the state were, shutdowns have uniquely affected Madison County, where Joseph said several children live with extended families, including their grandparents.

“This COVID is real to them,” she said. “Some of the kids are having to stay home because of that and the first graders, they’re not understanding why their grandparents do not want them out with the other kids, certainly. As a school system, we need to address that.”

Both the AHCA Secretary and the First Lady emphasized the need for agencies, including the Department of Children and Families and the Department of Education, who both had officials present, to coordinate their approach to mental health services.

“If everybody is hoeing their own row where you’ve got one agency going this way and another agency going this way, and the private sector’s going here, you all have to work together to make sure that we can maximize the resources so that we’re all good stewards for the taxpayers so that at the end of the day, we can provide the much-needed services,” Casey DeSantis said.

Having sports return has been important for children’s morale, the First Lady said after watching a high school volleyball game with the Governor and two of their children in Hernando County on Friday. And having school personnel like coaches express that it is OK to seek mental health services make children more likely to utilize them, she added.

“Sometimes, kids just need to get things off their chest, and once they have an outlet to be able to talk to somebody, it is so monumental what it does for them, for their overall wellbeing,” the First Lady said.

previousChris Hart: Florida's court clerks are facing a budget crisis — that means changes for everyone