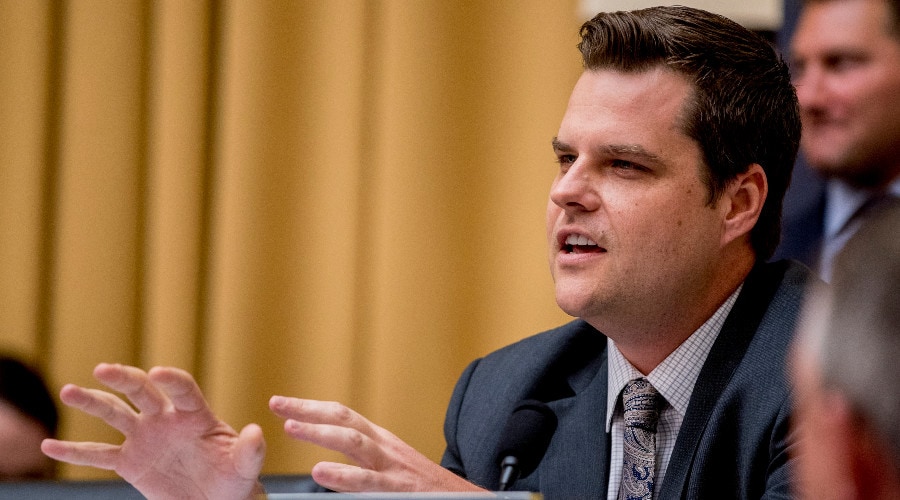 “Mitch McConnell views his entire legacy as the Senate Leader as tied to the judiciary,” Gaetz told Carlson. “He literally wrote a book about it. And if he is unable to deliver this result for the President, one has to ask: what is the utility of Mitch McConnell?”

The Panhandle congressman and Trump loyalist then cited several areas in which McConnell grieved fellow GOP lawmakers with his “unwillingness to fight for the wall” and “willingness to impoverish” American towns with trade deals.

“We put up with the things about Mitch McConnell we don’t like,” Gaetz added. “And we do it all because he is supposed to be a stud on judges. So it’s time to end the hand-wringing and the bedwetting.”

As of Monday, two GOP senators — Sen. Lisa Murkowski of Alaska and Sen. Susan Collins of Maine – have spoken out against holding a vote before the election. Gaetz called out both Republicans by name and criticized them for “rejecting their duties.”

He also called on their voters to reject them if they choose not to vote.

“Trump supporters should not be taken for granted in Maine, Alaska or anywhere else,” Gaetz said. “If they are unwilling to do their job and take a vote on who the President nominates, they should not have the privilege of continuing to serve in the Senate.”

Trump and Republican leadership are moving fast to fill the vacancy created by the death of Justice Ruth Bader Ginsburg.  They will need to ensure rank-and-file party members toe the line should a nomination come to fruition.

Republicans hold a slim majority in the Senate, with 53 of the Chamber’s 100 seats. Despite the high-profile dissents, Gaetz said the nomination process should be pretty simple.

“We the Republicans have the power and we ought to use it,” he said.