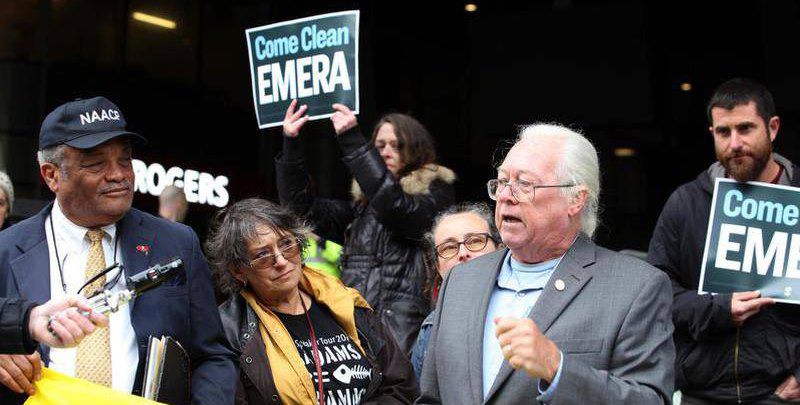 Environmentalists are mourning Wednesday after one of its fiercest and most loyal leaders, Kent Bailey, passed away Tuesday.

Bailey, the group chairman for the Tampa Bay Sierra Club’s Executive Committee, passed away Tuesday of a heart attack while performing remodeling work on his home, according to the organization.

“Kent has left giant shoes to fill in Tampa Bay and our State. He was a tireless worker and had a huge heart. Kent always placed the needs of others ahead of his own. His heart was so big that it couldn’t keep pace with Kent’s brilliant mind and his drive and desire to help protect what is left of our fragile, sensitive environmental lands,” wrote Tampa Bay Sierra Club Group Vice Chair Rocky Milburn.

Bailey was known for his tireless work with the group, showing up at each monthly meeting like the star pupil, completing all of his homework and then some.

“Yet, he still found time to deeply study climate science and was the renowned local expert on sea level rise in the Tampa Bay region,” Milburn said. “Kent’s public presentations on the anticipated devastating effects of sea level rise in Tampa Bay were not only fact-based (using a comparison of predicted tides versus actual reported tides validated by climate scientists), but were also sobering and frightening. Sadly, he will be proven correct in his predictions and if he was with us, he would be sounding the clarion call daily.”

Bailey was a staple in local environmental activism, lending an expert voice to science and a loving touch to affect action. Despite his leadership, Bailey was humble, always giving credit to others championing environmental action in their own ways.

“Kent’s contributions to our community are too numerous to list here, but perhaps his most important work was spearheading the saving of ‘Cone Ranch’ (the Lower Green Swamp Preserve) the largest undeveloped tract of land in Hillsborough County that Kent was instrumental in having preserved as an ELAPP property that will never be developed,” Milburn wrote.

“The loss for our community, our State, and Sierra Club is immeasurable. We have lost a giant for the environmental movement,” Milburn said.

“We are all heartbroken and yet have to carry on in his name. As Kent would say, ‘there is so much work to be done.’”

previousJohn Roberts on Ruth Bader Ginsburg: 'a fighter, a winner’