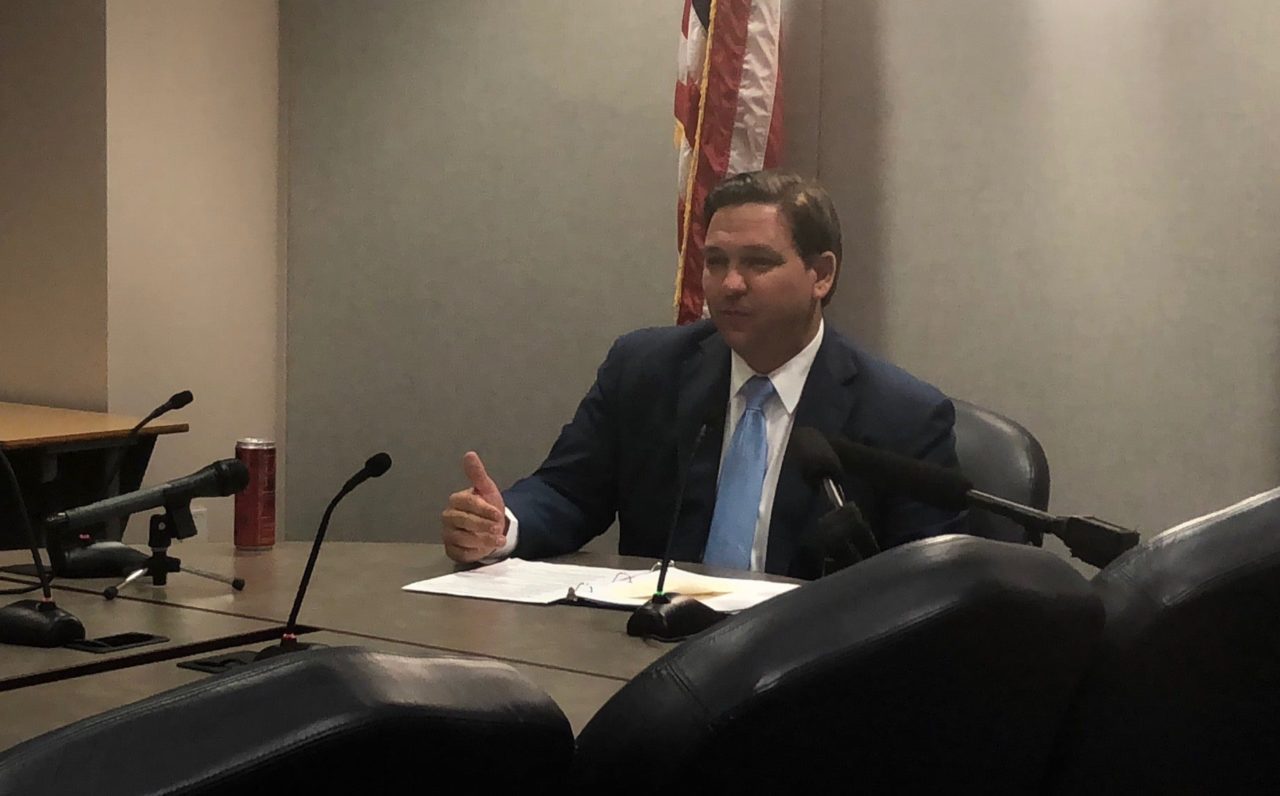 Gov. Ron DeSantis‘ office has shunned accusations that the state is leaning on herd immunity to carry it through the pandemic, yet his panel Thursday made a case for letting people catch COVID-19 to expand immunity.

The two-hour virtual panel, which highlighted controversial scientists from Harvard and Stanford universities, spanned several themes the Governor has touched on over the half-year the pandemic has impacted Florida. The common thread throughout the talk was that lockdowns are detrimental and the role of herd immunity in society, a politically-charged concept.

“Everything we’ve heard here, for example, in treating age groups differently, makes complete sense,” said Michael Levitt, a professor of structural biology at Stanford. “The need to let young people interact with each other, both for social reasons and for herd immunity, makes perfectly good common sense. I think there should have been more of that.”

DeSantis backed the need for students to live their lives and stressed that the current skew of infections toward young Floridians is precisely what the state wanted.

“What helps the elderly is if the young take this very minimal risk and live normal life until there’s herd immunity, and then, when we have herd immunity, then the older people can also live more normal lives,” said Dr. Martin Kulldorff, a professor at Harvard Medical School.

But herd immunity, in the technical sense, doesn’t mean an unregulated approach to the virus. Kulldorff noted that doing nothing to limit the spread of COVID-19 would be terrible.

DeSantis also sought to clarify the definition of herd immunity.

Meanwhile, DeSantis acknowledged that the term has become politically charged.

“I think it’s being used to say that you should just do nothing and just let the disease do what it wants. I don’t think that’s what you’re advocating,” DeSantis said.

Herd immunity is a natural phenomenon, Kulldorff explained, that can be achieved through vaccines or letting the virus run its course while people develop antibodies. He compared herd immunity to gravity when trying to land a plane.

“If you’re on an airplane, you’re eventually going to hit the ground no matter what,” Kulldorff said. “The strategy is, do you do it soft landing so that everybody survives or are you going to do a crash landing, which is not so good. As a pilot, you want to utilize gravity in a way that you can safely land the plane.”

“The same thing as public health, herd immunity is there, the goal is to minimize the mortality and to reach that stage, and the best way to do that is through vaccine,” he added.

The roundtable was reminiscent of three-stop tour of the Sunshine State DeSantis took with another Stanford University Scientist, Dr. Scott Atlas. Atlas, a recent appointee to the White House Coronavirus Task Force, has been accused of advocating for herd immunity.

Like his Stanford colleague, professor of medicine Dr. Jayanta Bhattacharya stressed that testing students in schools is bad policy in light of the fact that few students have been hospitalized even as cases mount.

“If a student does have it, the chance of them infecting, it just is not happening in any significant number,” DeSantis added.

Bhattacharya also pushed back on the common understanding that masks are effective at limiting the spread of COVID-19. He said he hasn’t seen studies differentiating between medical-grade masks and proper usage versus cloth masks.

“I don’t think I’ve seen any studies that suggested that the typical mask that people used, that they used and reused, often without washing them or whatnot, are those effective?” he said. “I think people like masks because, intuitively, you think I am giving droplets out to you that might have the virus, so it’s got to provide some protection. I guess intuitively, it might, but from a scientific matter, it’s an open question whether they do or not.”

“I think there ought to be more if we’re going to create this into this talisman that we have to wear it in order to be a good person,” he added.

Lockdowns, all three scientists present agreed, are more detrimental to public health than the benefits of closing schools, restaurants and beaches. Kulldorff pointed to public health problems such as fewer regular hospital visits and mental health concerns that arise with lockdowns.

“Do we really want zero COVID?” Bhattacharya said. “To get zero COVID, I don’t know if it’s even technically feasible, but we know that we’re going to have to destroy our society in order to get it. We’ll have to get rid of all of our freedoms, we’ll have to make sure that very few people interact with each other. It essentially is so high a cost that it’s not worth it.”

When asked to critique Dr. Anthony Fauci‘s handling of the pandemic, Bhattacharya opted not to criticize the prominent federal disease expert but instead emphasized that Fauci brings a public health perspective rather than a holistic policy perspective. Since February, society has placed Fauci on a pedestal, he added.

“I love that I live in a democratic society where those kinds of decisions aren’t up to experts,” he said. “It’s up to people deciding together, through electoral processes, what we value, and I think that is something really important to remember. We shouldn’t elevate one person as the arbiter of all the right things to do on one infectious disease.”