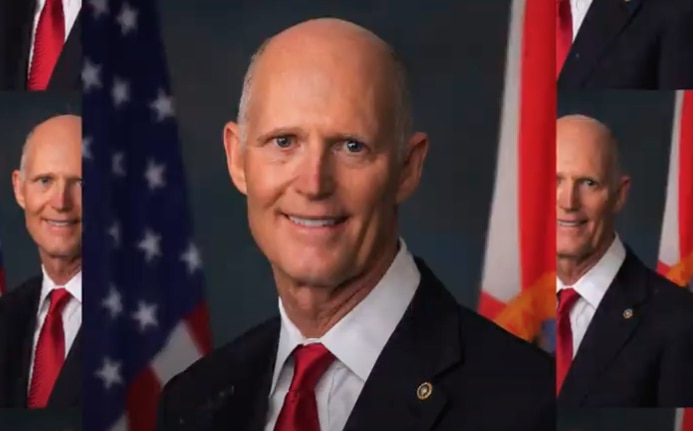 Republican U.S. Senators including Rick Scott and Marco Rubio are accused of loyalty to “the most dangerous President in U.S. history” no matter the cost, in the latest The Lincoln Project ad.

The never-Trumper group’s new 60-second commercial “The Choice” pulls no punches. It offers blistering condemnations of President Donald Trump, starting with his hurried effort to put another conservative on the Supreme Court before the election, then on the coronavirus crisis, unrest in America, racial hatred, and other topics.

“The Choice” accuses Republican Senators of abandoning America in the pursuit of power and loyalty to Trump. As the commercial does so, photos flash by of Republicans in the Senate, including Scott and Rubio.

The commercial doesn’t stop there. It also goes after Trump’s supporters in general.

“He encourages violence and trades in division and hate,” the narrator declares. “His supporters know this about him. They just don’t care. They can’t be shamed. But they must be stopped.”

The Lincoln Project did not initially release any details about when, where, on what platforms, or how often the commercial would be playing.

The Lincoln Project is a group of once-prominent Republicans working to defeat Trump and those who support him.

“The choice for Americans in this election could not be more clear,” Reed Galen, co-founder of The Lincoln Project, stated in a news release. “In their blind support of Donald Trump and his reelection, these Senators are no longer hiding that their loyalty is to the Republican party, not the American people.”

The title and the opening shots, leading to the gallery of photographs of the Senators, suggests the commercial is about Trump’s upcoming choice to replace Ruth Bader Ginsburg, and the Republican Senators’ willingness to help him.

But there is only cursory reference to the Supreme Court choice, and it’s not directly stated. In the end, the commercial suggests “the choice” refers to voters’ decision between Trump and Democrat Joe Biden, whose picture appears in the closing seconds.

In between comes body-blow rhetoric. Besides images of Trump, Vice President Mike Pence, and the Republican Senators, the commercial replays scenes of angry White nationalists and other disturbing images, mixed with images of Ginsburg supporters.

“Trump and his dangerous allies have pushed America to the breaking point,” the narrator says. “And now, in a desperate power grab, they’re willing to tear this country apart. The loyalties of the Republican Party are unmistakable. They’re no longer hiding it. We know their names. They don’t stand for principle or precedent. Their only loyalty is to power, position, and their leader, to remake America in Trump’s image, no matter what the cost.

“Our rights, our freedom, the future of our nation, these are all just obstacles in their pursuit of unchecked power. All in the service of the most dangerous President in U.S. history,” the narrator continues. “A man responsible for the deaths of hundreds of thousands of Americans, who encourages violence, and trades in division and hate.”