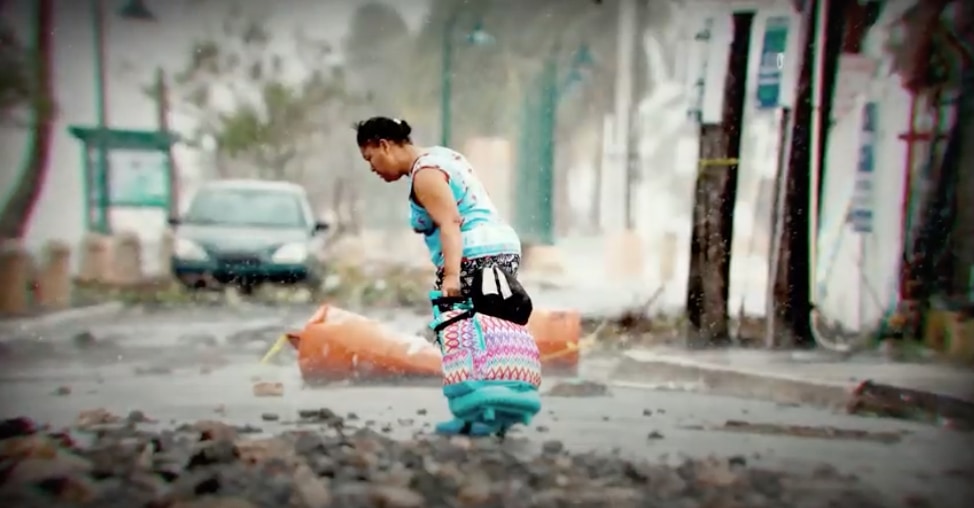 Joe Biden and his allies are launching two new Spanish-language commercials in Florida, condemning President Donald Trump‘s responses and rhetoric to the disasters in Puerto Rico and the coronavirus crisis in all of America.

The Biden campaign is releasing a new 30-second spot called “Somos Alguien” (“We Are Someone.”) The ad blasts Trump for his recent comments that the coronavirus affects only elderly people, and “it affects virtually nobody. It’s an amazing thing.”

The ad then goes on to say that lives lost to COVID-19 are someone’s parents, grandparents, aunts, uncles, and others. The narrator calls Trump’s comments, “incredible.”

Priorities USA and Latino Victory Fund, backed with money from Michael Bloomberg, are launching a 30-second spot called “El Otro Huracán” (“The Other Hurricane.”) The spot makes the case that Trump provided offered disregard for Puerto Rico and was an insult to Puerto Ricans both through his official actions and through his rhetoric.

The spot includes audio of a few Trump’s comments about Puerto Rico and Puerto Ricans, saying “They complained. They want more money”; “I understand they don’t like me”; and a comment that the commercial spins as ironic, “I’m the best thing that ever happened to Puerto Rico.”

Scenes of destruction and despair left by Hurricane Maria in 2017 play out as a narrator denounces Trump’s comments. The commercial turns to promises that Democrat Joe Biden will always support Puerto Rico and Puerto Ricans.

“For the last four years, President Trump has done nothing to support the people of Puerto Rico. He has humiliated the Puerto Rican people by withholding much-needed aid after Hurricane Maria and calling its leaders corrupt. He has mocked our community labeling us money-hungry, and even proposing to swap Puerto Rico for Greenland,” Luis Miranda, chairperson of Latino Victory Fund, stated in a news release.

The commercial is running on cable and broadcast in Orlando, the center of Florida’s Puerto Rican community. There also are radio and digital efforts running with it.

Priorities has invested more than $9 million on TV, digital, and radio ads focused on the Hispanic community as part of an ongoing partnership with the Latino Victory Fund. In Florida, Mike Bloomberg has supported Priorities and LVF with over $11 million in statewide television investments in the last two weeks.

previous'Vote him out': Chesley "Sully" Sullenberger releases new anti-Trump ad ahead of debate