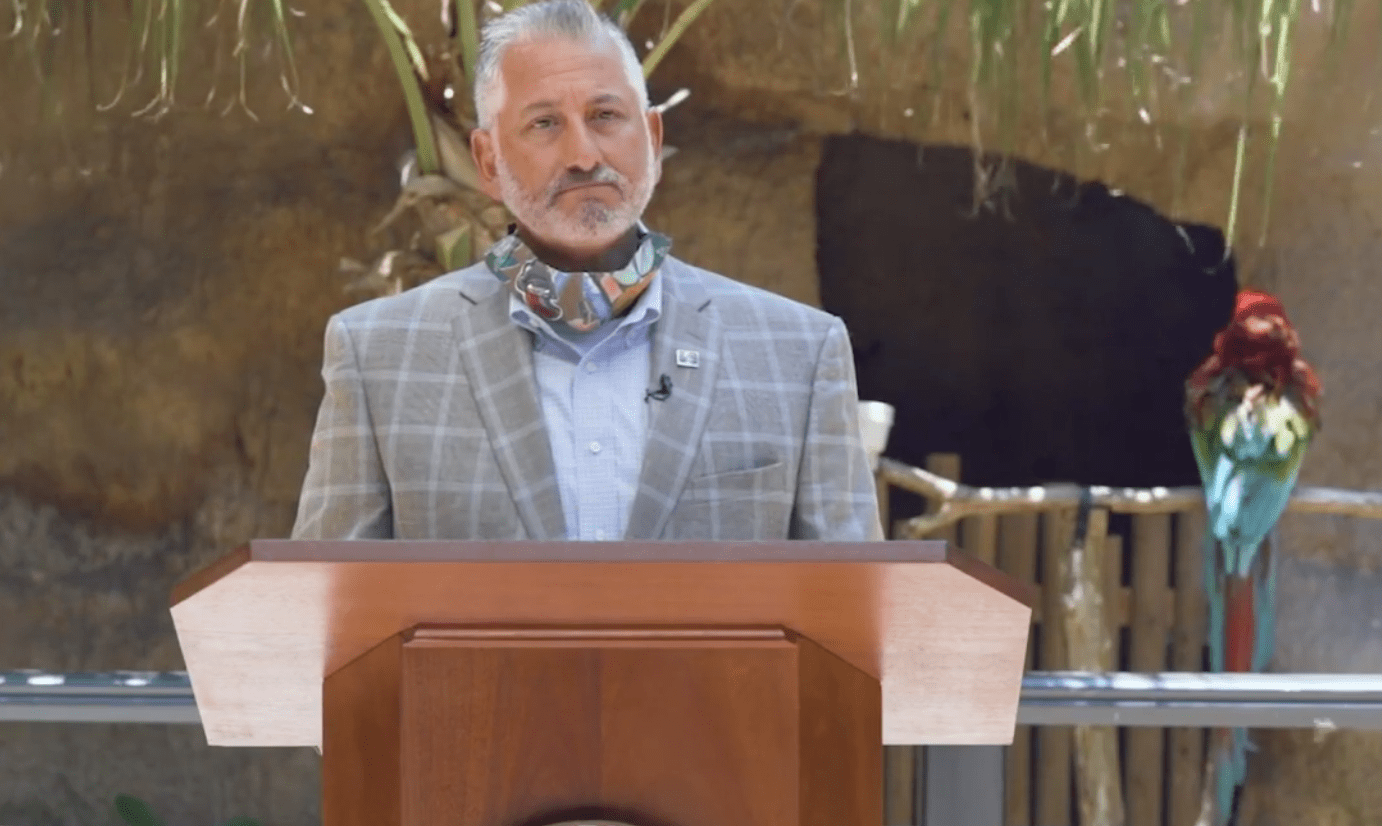 Peaceful protests welcome; guns and knives are a hard no.

A group of “community patriots” is planning to counterprotest in downtown St. Petersburg Saturday as groups nationwide, including in St. Pete, continue to take to the streets in outrage over the decision in the Breonna Taylor killing case.

“Patriots from around the state of Florida are joining together to help the citizens of downtown St. Pete,” Facebook user Jeff Hawks posted in a private community forum called Community Patriots Tampa. “This beautiful city needs help standing up against the weekly harassing and bullying of citizens, as well as the obstruction and blocking of roads.”

But city officials have a message for those intending to come from out of town: Just don’t.

Holloway said peaceful protesters, regardless of their message, are free to protest in a legal exercise of their constitutional First Amendment right, but for those bent on destruction, “if you’re coming here to cause a problem we will arrest you.”

Kriseman took it a step further.

“Those coming from out of town to cause trouble here whether on the left or the right are not welcome here. Keep your guns or your knives or any other weapon you might have at home,” he said. “You are not advancing your cause by brandishing a knife or a firearm or by giving someone the finger, crashing someone’s dinner or cursing at them and calling them names.”

Kriseman’s statement touched on a number of recent incidents stemming from anti-police brutality protests and from those countering the message.

In one incident, a video went viral showing a Black Lives Matter protester sitting down at an outdoor table at Parkshore Grill on Beach Drive and calling names to the diners at the table. What wasn’t shown in the portion of the video shared widely on social media, particularly among Republicans critical of what they describe as violent and lawless actions at protests, was that those diners provoked protesters, shouting at them and making certain insulting hand gestures.

In another incident, Black Lives Matter protesters were seen on video jumping onto a vehicle.

In yet another video, two protesters pulled a knife, prompting a counterprotester to pull a gun.

Kriseman applauded the city for, aside from those isolated incidents, maintaining what have been peaceful demonstrations.

“I’m glad that St. Pete has not had to endure the kinds of violence and vandalism that we have seen elsewhere,” Kriseman noted, despite rhetoric to the contrary.

Yet tensions are high amid a heated presidential contest, with support for various protesters falling largely along party and preferred candidate lines. Republicans and President Donald Trump supporters largely reject the protests as angry mobs of thugs bent on destruction while Democrats and former Vice President Joe Biden supporters embrace the protest messaging, even if rejecting lawlessness that sometimes occurs as a result.

Kriseman railed against anyone who would use their First Amendment rights to cause harm.

“Calling all police officers murderers and pigs and things worse than that because of the conduct of a few bad cops in other cities and other states is not acceptable here. Those cops are not our cops,” Kriseman said. “Labeling all protesters as part of a mob, anarchists or enemies of democracy in this country because of the conduct of a few bad protesters in other cities or even here is also not acceptable. Those protesters are not our protesters. You can support or oppose the message being presented without resorting to hateful words or baseless accusations.”

Both Kriseman and Holloway outlined steps they are taking to ensure ongoing protests remain free of trouble.

The St. Petersburg Police Department will continue to have five squads available for protest-related calls and to monitor the situation on the ground. The difference, Holloway noted, is now those officers will be more visible.

Kriseman called on the public to do its part in ensuring peaceful demonstrations, honing the “if you see something, say something” mentality.

Despite some upheaval in previous demonstrations, Holloway said his department hasn’t received actionable complaints. The department was made aware of the restaurant and car incidents, but the restaurant didn’t ask to trespass protesters interrupting patrons and the vehicle owner declined to press charges against protesters who jumped on the vehicle. In the case of protesters wielding knives and guns, the department is still investigating and expects to release more information later Tuesday.

“If you’re here peacefully protesting and you see someone break the law say something,” Holloway said.

Likewise to business owners, Holloway said, “we will trespass them if you give us the authority to remove them from your property.”

Both men rejected any protest activity that disrupts the peace. Kriseman lauded St. Pete for its progressive community and ability to peacefully assemble.

“But let me be clear …,” he said. “We are not a city that permits violent behavior or the destruction of property. If you do, you will be arrested.”

Kriseman’s administration has come under fire for supporting Black Lives Matter protesters, with some claiming Kriseman himself has scaled back police presence in order to allow demonstrations to move forward unfettered. He rejects the claim.

“I have not, nor will I ever, give our police department an order to stand down,” Kriseman said. “What I have and will continue to do is discuss with my Chief the steps his department is taking to ensure the safety of our residents and visitors and those who are peacefully exercising their First Amendment rights.”

Some saw the move as hypocritical, even among one whose political ideologies are largely aligned. Allendale United Methodist Pastor Andy Oliver, who has been organizing anti-police brutality protests in the city, argued to POLITICO that Kriseman had condemned his protests.

“I want to point out a bit of hypocrisy from the administration that wants restaurants on Beach Drive to be off-limits to protests unless said protests involve a Republican Governor,” Oliver wrote in a Saturday email to POLITICO.

Kriseman, however, maintains his stance is merely meant to ensure public safety.

“We can’t allow anger, distrust, outright or hidden hatred, bigotry or racism to change who we are as a community,” he said, noting that overall, St. Pete residents are “kind to each other” and “celebrate diversity.”

nextDisney to lay off 28,000 at its parks in California, Florida