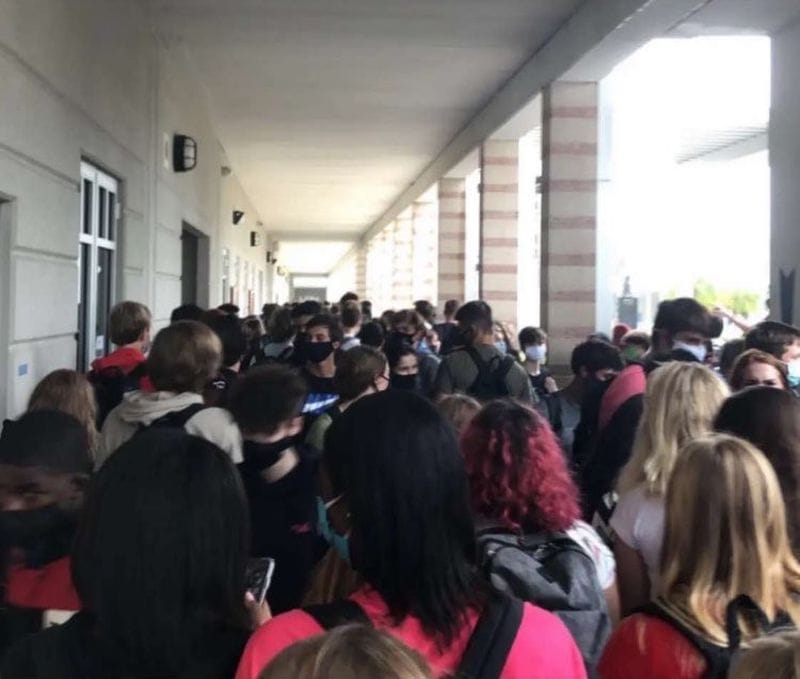 The Hillsborough district has reported 284 cases since the start of the school year.

The Hillsborough County School District has seen several spikes in coronavirus cases in the past week, including its highest daily report on Sept. 21, which confirmed 20 new student cases alone.

The Friday and Monday spikes cap the weekend dip, which only saw five cases. Despite weekend lows, the county has continued to see a steady rise in cases as each week passes.

The district has reported 284 cases since the start of the school year on Aug. 31 — 85 employees and 199 students.

The district has yet to report how many students and faculty have had to be quarantined. Neighboring Pasco and Pinellas counties do record quarantines. Pasco releases the total number of students and employees quarantined while Pinellas reports only classrooms, buses, sports teams and groups affected.

Individuals in contact with a confirmed case on campus must be quarantined, required to stay home for 14 days.

Students and employees listed in the dashboard since reopening have each been on campus, except for four students listed on the Aug. 31 report who were not on campus, because it was the first day of school. The Hillsborough County COVID-19 dashboard updates every 4 hours from 7 a.m. to 7 p.m.

Newsome High School has reported the most student cases in a single school across the county, with 19 confirmed positive students, all in the last two weeks.

Last week, news broke that Newsome and Durant high schools quarantined football players following a game against each other. That caused the district to postpone the upcoming games for the schools, since neither had enough players to participate.

A spokesperson for Hillsborough County Schools said she was unable to release information, including if a student-athlete had tested positive for COVID-19.

In Pasco County, 24 students and 17 staff members have reported positive since last Wednesday, leading to the quarantine of 562 students and 62 employees.

The district has reported 111 student and 52 staff cases since the start of the school year. Though these numbers are low relative to Hillsborough, the county has had to quarantine 2,516 students and 260 staff members so far.