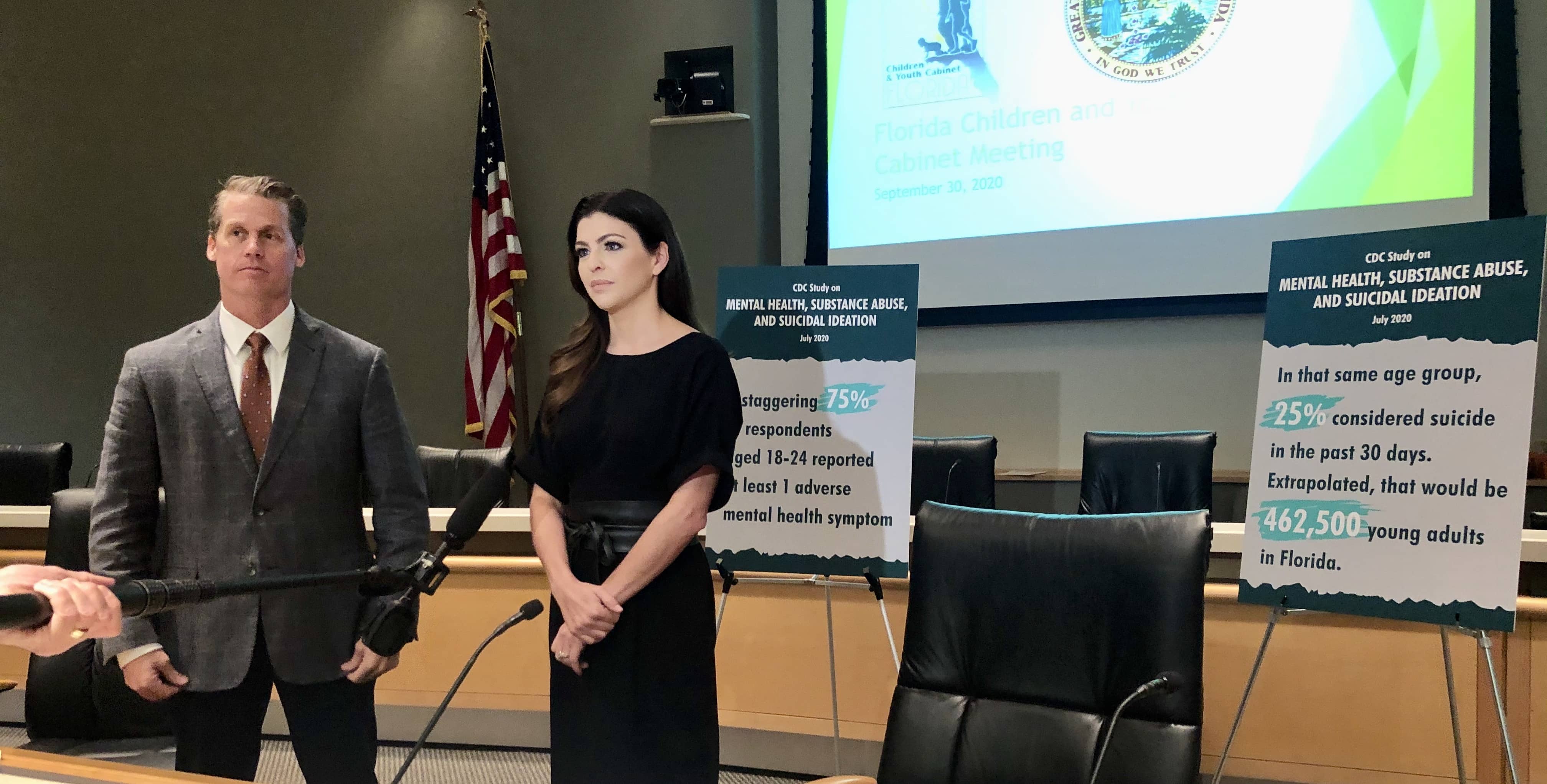 The Children and Youth Cabinet met with mental health and faith experts Tuesday to discuss growing concern for young adult suicide amid the COVID-19 pandemic.

The Cabinet’s concerns come after the U.S. Centers for Disease Control and Prevention published a study in July on mental health and suicide ideation during the pandemic. According to the report, 75% of respondents ages 18 to 24 reported at least one adverse mental health symptom. Moreover, 25% of respondents within that age bracket considered suicide in the last 30 days, according to the report.

In Florida, those numbers translate to 462,500 young adults.

Joined by FSU Psychology Professor Thomas Joiner, the Cabinet sought more answers on the pandemic’s toll on mental health. In particular, high school aged students who have missed out on a more traditional experience and transition into adulthood.

Joiner encouraged members to remain trusting in the “inherent resilience” of people including children. He added, however, that the state should be watchful of the cohort.

“I think there is some reason for worry about those groups who were about to transition from one phase,” he said of students.

Joiner added that a return to “normal life” should help alleviate some stressors. He also said the rise in telehealth services have proven successful at helping FSU students.

He encouraged state leaders to sustain the telehealth momentum.

“I was the last person who wanted to transition to telehealth,” Joiner said of his FSU clinic. “I was wrong. It’s been seamless.”

Dellenback serves as the liaison for all faith-based institutions and community organizations in Florida. He works with various state agencies to develop partnerships between faith organizations and available state resources.

Dellenback spoke optimistically about the state’s effort to bolster relationships between religious organizations and state agencies in terms of foster care. In particular, he applauded the state for developing infrastructure to promote foster care.

“This is a tremendous space for use to have an opportunity, he said, adding: “As our vulnerable population has become more vulnerable – as the Secretary shared – our capacity to meet need has risen.”

Dellenback described faith groups as a “cavalry” with whom the state needs nurture communication.

He said the ideological differences between state and faith groups – if any – can be eased with something as simple as a plate of food.

“Love trumps,” he said. “Do you know what looks like love? Lasagna, brought from one part of town from a faith institution to another part of town that they probably don’t go to a ton.”

First Lady DeSantis in early September announced the creation of MyFloridaMyFamily.com, an online hub that can link families in need to local faith institutions who are in a position to help.

The hub can also direct visitors to the  Foster Information Center, where Floridians can get more information on fostering one of the 23,000 children currently in out-of home care.

The hotline is staffed by current or former foster parents.