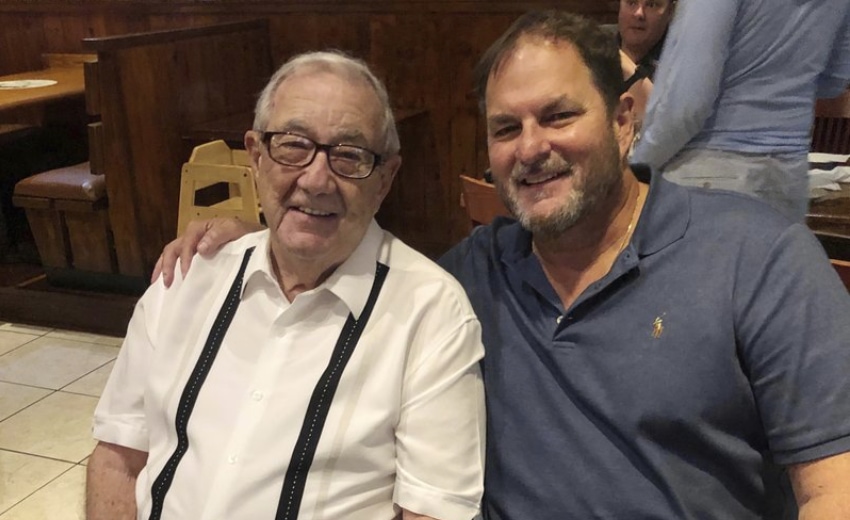 Their lives included perilous escape from Cuba, the American Dream, with COVID-19.

Almost fifty-five years ago, Dr. Jorge Vallejo told his colleagues at a Havana hospital that he needed to rush home to check on one of his toddler sons who had a fever. That was a lie.

He actually went home to pack some clothes before he, his wife and two boys boarded a torpedo boat named “La Gaviota.” Before the sun rose the next day, the Vallejos and other Cuban refugees sailed across the Florida Straits, braving a storm that left them stranded at sea.

The U.S. Coast Guard rescued them and towed the boat into Key West, where Vallejo began a new chapter in the U.S., eventually establishing himself as a prominent OB-GYN in a community of exiles and the patriarch of a family of Cuban American doctors.

“He took a big chance,” said his oldest son, Dr. Jorge Vallejo Jr., who grew up hearing stories of the treacherous journey where waves rose as high as 12 feet (4 meters). “He came over with $100 in his pocket.”

Jorge Jr. became a geriatric psychiatrist, and the younger boy on that voyage, Carlos, grew up to become a doctor of internal medicine. A third son Freddy, born in Miami, is a dentist.

Described as a family man by his sons and grandchildren, Vallejo was hospitalized with the coronavirus in June — the night before Father’s Day. Hours later, his son Dr. Carlos Vallejo, who had been treating elderly people with COVID-19, was taken to another hospital with shortness of breath from the virus. They both later died — at ages 89 and 57.

“This is the most pain we have endured in our lives,” said Jorge Vallejo Jr.

The elder Vallejo was born in Guantanamo, Cuba, on June 12, 1931, and became a doctor at Havana’s Calixto Garcia Hospital. He wasn’t part of the first postrevolutionary migrant wave, when Fidel Castro took power in 1959 and tens of thousands of Cubans left the island fearing political persecution.

After the revolution, he married Gisela Vallejo, an accountant’s daughter, and they lived in a high-rise condominium overlooking Havana’s seafront Malecon, his surviving sons said.

Jorge Vallejo opposed Castro’s radical economic reforms but hoped they were only temporary. He watched tensions grow between the U.S. and Cuba after Washington imposed a trade embargo.

Hope diminished after the failed invasion at the Bay of Pigs in 1961 and the Cuban Missile Crisis a year later. The 13-day nuclear standoff in 1962 interrupted commercial flights between the countries. As months went by with Castro still in power, Vallejo, who by then had two young boys, began plotting his way out.

In 1965, his brother secured spots in an old navy torpedo boat out of Camarioca, a village east of Havana where the government had begun fixing a port after seeing Cubans risk their lives in homemade rafts.

Sailings by boat, however, also were dangerous and lasted less than a month after the Vallejos arrived in the Florida Keys.

Jorge Vallejo recounted to his children and grandchildren the storm the family encountered before the Coast Guard rescued them and towed their boat into the Florida Keys.

The Vallejos settled in the Miami suburb of Hialeah — like many Cuban exiles — and he began working hospital jobs as a surgical assistant. He studied to pass the exams needed as a foreign medical graduate to apply for a medical residency at Mount Sinai hospital in Miami Beach.

He learned English but preferred speaking his native Spanish, like most of his patients. His family said he treated celebrities such as Cuban singer Celia Cruz, whose song “La Vida es un Carnaval” and her version of “Guantanamera” were his favorites.

Vallejo liked to wear guayabera shirts and frequent the same Cuban restaurants, and he also enjoyed simply chatting over a Cuban-style espresso.

“I would make him a ‘cafecito,’ and we would sit and talk,” said his grandson Freddy Vallejo. “He was a very traditional man.”

In 1992, Jorge Vallejo and his team delivered a baby named Zascha, who was 18 weeks premature and at the time tied the U.S. record as the smallest to survive birth, weighing 12.5 ounces. Jorge Vallejo told a Miami Herald reporter that holding Zascha “made me feel near to God.”

As Vallejo helped with the beginning of life, ultimately retiring in 2005, son Carlos Vallejo was drawn to treating people nearing the end of theirs. He went to medical school in the Dominican Republican and completed his residency in Chicago.

Carlos Vallejo had three children with wife Lissette, a psychiatrist; the oldest is in nursing school, and the younger two are in medical school. Together, they have walked inside the Egyptian pyramids and skied in Switzerland.

“We have been blessed,” his son Charlie said.

Carlos Vallejo was on the front lines of the pandemic, leading medical teams at three nursing homes, where residents were isolated from visitors for months. When his adult children worried he would catch the virus, he told them his patients needed him.

“I know he was a little worried, but my dad was fearless,” Charlie Vallejo said. “He would go there with two masks, face shield and a gown. He held their hands, told them they would be fine. He cared a lot about his patients.”

Jorge Vallejo was hospitalized June 20, and Carlos Vallejo went in the next morning, on Father’s Day. Jorge died six days later. The family thought Carlos would recover, but he died after 42 days in a hospital.

“My dad died a hero,” said Charlie Vallejo, who is in his third year of medical school. “He made the ultimate sacrifice.”