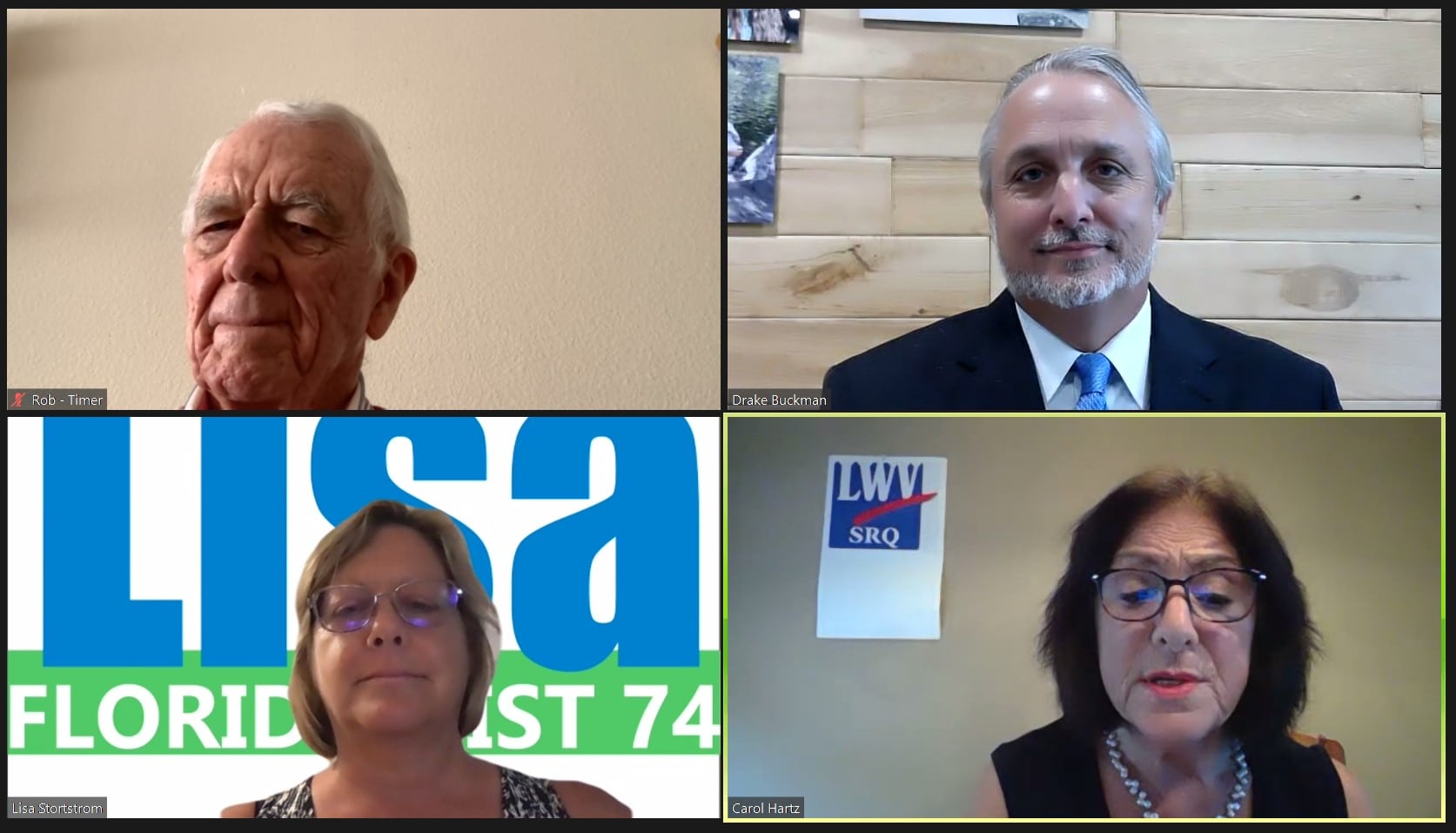 The Republican said she had a scheduling conflict, but has debated Buckman before.

“I was outraged that my opponent refused to appear at the non-partisan League of Women Voters’ Candidate forum,” he said.

“She has refused to discuss issues of critical importance with me and citizens of House District 72 deserve to hear from both of us. I believe my opponent is afraid to speak up because she supports the inept actions taken by our Governor, do-nothing [Ron] DeSantis.”

But McFarland’s campaign dismissed the concern as quickly as the invitation, noting the candidates have already appeared in forums together.

“Fiona willingly takes every opportunity to engage with voters, to include the over 16 candidate forums and interviews she’s participated in over the past several months and the two the candidates have scheduled next week,” said campaign spokesperson Maryann Grgic.

“I’m sorry Drake is ‘outraged’ she had a schedule conflict last night.”

Notably, McFarland wasn’t the only Republican to skip the Wednesday forum. Rep. James Buchanan, a Venice Republican, declined to appear at the event, which includes his Democratic opponent Lisa Stortstrom. Organizers said they invited all candidates for House Districts 72 and 73.

But the headliners would clearly have been Buckman and McFarland, who are running in one of Florida’s more competitive House races. Democrats hold House District 72 now, but Rep. Margaret Good chose to run for Congress instead of seek reelection. Good won the race in a nationally watched Special Election in 2018, over Buchanan incidentally, and won reelection the following November, but by less than 1,200 votes.

By attending the virtual forum alone, Buckman and Stortstrom ensured the Democratic message exclusively had the floor.

There, Buckman trashed DeSantis’ leadership in the coronavirus pandemic and called a protest crackdown proposed by the Governor an unconstitutional marketing ploy. “It was generated by the PR factory right out of the Governor’s Office to distract us from COVID and his ineptitude.”

He also trashed a toll road project championed by Senate President and Bradenton Republican Bill Galvano as a “boondoggle.”

“To be frank, it was cooked up by special interests who want to take a third of a billion worth of taxpayer money to build an expensive highway to nowhere,” he said.

Stortstrom also opposed the toll roads and said she would focus on preventing pollution and fighting special agriculture interests on environmental issues if she wins election in House District 73.