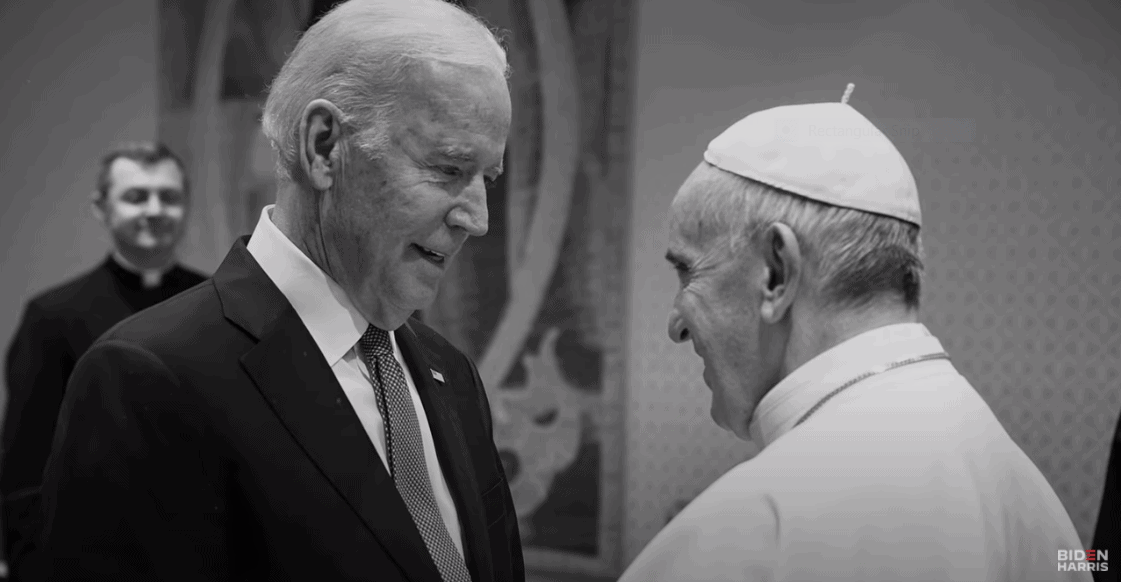 President Donald Trump may have evangelicals, but Biden is not conceding the faith vote.

The spots, which will air on both radio and television in Florida, will also surface in Arizona, Georgia, Iowa, Maine, Michigan, Minnesota, Nebraska, Nevada, New Hampshire, North Carolina, Ohio, Pennsylvania, and Wisconsin.

Though President Donald Trump has made an energetic play for religious voters, Biden clearly is not conceding those blocs to the President’s reelection campaign.

The Biden campaign targets Catholic voters with Principles, a thirty-second spot in which the former Vice President waxes elegiac about his father’s early advice to him.

“My father used to say that the cardinal sin of all sins is the abuse of power,” an echo-voiced Biden says in contemplative conversation with a Catholic priest.

The spot includes an image of Biden meeting with Pope Francis, as he talks about the basic principles of Catholicism including a recognition of human dignity.

The Biden campaign is also reaching out to non-Catholic Christians with the current ad buy.

Morning, which the campaign says will air on “Christian TV programs,” revisits well-documented tragedies in the former Vice President’s life.

“But he’s never lost hope,” asserts a male narrator over a contemplative piano tune. “Because Joe knows what it means to find purpose and service to others, to remain our brother’s keeper, and right now, that’s exactly what we need.”

In addition to the two television spots targeting Christian denominations, the campaign is launching a radio buy across Florida and the other 13 states mentioned in the media release.

A Man Guided by Faith offers the perspective of a member of Biden’s church congregation who has known Biden for decades.

“Even now, when Joe’s back home, we see him at Mass on Sunday … Joe Biden knows what it means to be your brother’s keeper,” asserted a female speaker identified only as Bernadette.

previousVote "No" on Amendment 1, 3 and 4, Florida ACLU says

nextWilliam Myers: Are we ready for in-person voting?