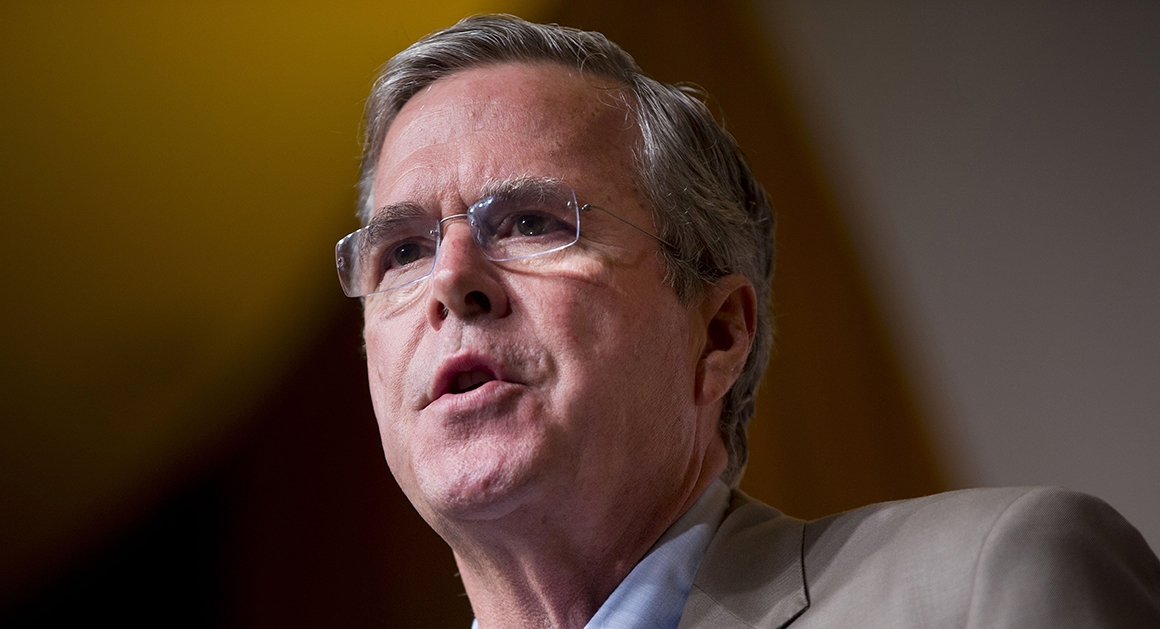 We all know Jeb Bush isn't a Trump fan, so why wait? Now's the time.

With ballots already hitting mailboxes, Nov. 3 isn’t as much Election Day as is this weekend and early next week.

Despite President Donald Trump’s calls for in-person voting and criticism of the election process as possible, or in some instances, likely, to be rigged, Florida Republicans have over-performed on vote-by-mail turnout for years, and this year is no exception. That’s especially true considering Trump offered an exception to his caution specifically to Florida voters.

Gov. Ron DeSantis, U.S. Sens. Rick Scott and Marco Rubio, among other high-ranking state Republicans are casting their ballots by mail and we know who they’re voting for.

Yet we have yet to hear from one of the state’s most prominent Republicans. He may not hold elected office anymore and his name might not come up as much as it once did, but former Gov. Jeb Bush is who history books will likely point to as the most important Florida Republican of this generation.

Consider Bush’s history with Trump. Bush suffered blistering blows from the now-President four years ago. No one can forget the “low energy” digs. Bush tried, over and over, to take the high road and steer clear of Trump’s petulant name-calling. He was, at one time, the heir apparent to the 2016 GOP nomination, but was sidelined by a new and wild kind of candidate.

You know he hasn’t forgotten.

Bush was the epitome of class and decency in 2016. After Tuesday night’s nightmare of a debate, which saw Trump repeatedly talk over not only Democratic opponent Joe Biden, but debate moderator Chris Wallace, the 2020 race is now about common decency — a trait Bush values and Trump views as a weakness.

So what does all that mean?

With hundreds of thousands of votes likely decided this next week, the time is now for Bush to signal his support, even if it’s reluctant, for the former Vice President.

It’s clear he doesn’t like Trump, nor does he want him to have a second term. Take for instance, Bush’s comments today about The Lincoln Project, a group of Republican never-Trumpers who are going hard after the President’s campaign.

“I think their ads are great,” Bush said at a SALT conference Thursday morning. His statement, which included a caveat that he didn’t like The Lincoln Project going after Senate Republicans, showed where Bush’s heart lies.

.@JebBush during a @SALTConference talk this morning with Anthony @Scaramucci, discussing @ProjectLincoln's ads, which are heavily anti-Trump: "I think their ads are great," although he doesn't like them targeting Senate Republicans.

But that’s not enough.

He needs to join Tom Ridge, the former Republican Governor of Pennsylvania and the first United States Secretary of Homeland Security, serving in that role from 2003 until 2005 under former President George W. Bush. Like Florida, Pennsylvania is a crucial swing state for Trump. He did his part.

Those are just the recent ones. The list of former Republicans backing Biden is long.

It seems unlikely he’ll weigh considering his son, George P. Bush‘s political career could take a critical hit. The younger Bush is currently the Texas General Land Office commissioner and has a bright future ahead in politics.

Still, a Bush endorsement would give his loyal supporters, of which there are many, the permission they need to cast a cross-party vote at the top of the ticket. Further, a Bush endorsement could give a moment’s pause for South Florida’s Republican-leaning Cuban-American population before they vote Trump. Bush has a strong relationship with many of them after years of working closely together.

Biden’s campaign slogan, oft-repeated in flowery political ads, the one that reminds voters they are in a battle for “the soul of the nation,” might be cheesy, but it’s spot on.

The past four years have been an antithesis of the America Bush had hoped to cultivate in the White House. The soul of the nation is collegiality even in the face of partisanship; it’s working for all Americans, not just those with an R behind their name. Jeb Bush’s America is not Donald Trump’s America.

Bush has the opportunity this year to be a game-changer. Florida could very well decide the entire election and Jeb Bush has an opportunity to influence how that goes.