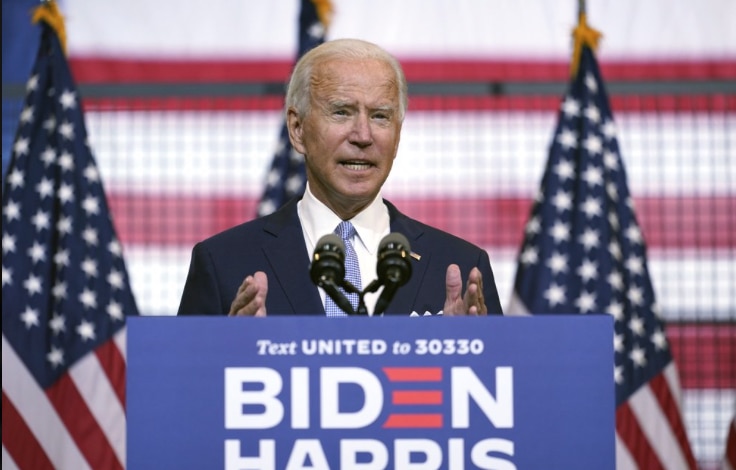 Joe Biden holds a solid lead among likely Florida voters, according to the latest poll from the Florida Chamber of Commerce.

A survey by Cherry Communications for the Chamber shows if the election were held today, former Vice President Biden would beat President Donald Trump by 5 percentage points in Florida.

The Chamber was guarded about the details and did not release the level of support for each candidate or the number of undecided voters still in play.

Regardless of who wins, Chamber leadership said it’s important commerce in Florida has the ear of elected leaders.

“The 2020 General Election results will impact Florida’s future as we work to become the 10th most diverse economy in the world by 2030,” said Mark Wilson, Florida Chamber president and CEO. “Our statewide poll helps give us a look at voters’ alignment to the competitiveness and pro-business agenda supported by the Florida Chamber.”

The organization also noted that as Florida goes, so goes the nation. The winner of the state’s electoral votes won the presidency in 11 of the last 12 elections, the exception being Bill Clinton’s 1992 victory without the help of Sunshine State voters.

The state remains a highly watched battleground, and that’s no surprise, as the Chamber survey found Floridians evenly divided on the direction of their own state. About 45% of voters say Florida is on the right track, while 45% say it’s on the wrong track. Partisanship seems to fuel the difference in opinion, with nearly 8 of 10 Republicans endorsing Florida’s current direction while 7 in 10 Democrats give it a thumbs-down.

The group found the electorate favoring the Democrat despite a general distaste for some of the far left’s messaging this year. The same poll showing Biden in the lead found 72% of voters disapprove of calls to “defund the police,” rhetoric that appealed to just 20% of voters overall.

The anti-police motto was unpopular with 55% of Democrats, while 33% viewed the movement favorably. Independents and third-party voters broke 64% to 27% against “defund” discussions, while a whopping 93% of Republicans disapprove of the movement and only 4% find it appealing.

The Chamber notes that heading into 2020, Republicans cut Democrats’ voter registration advantage by 90,813 compared to 2016. But they also note Democrats have already significantly outperformed Republicans in terms of turning in their ballots for the November election. As of Friday, 184,552 Democrats already had their ballots in, compared to 93,212 Republicans and 64,113 other voters.

The Chamber poll found about 33% of voters plan to vote by mail this year, including 38% of Democrats and 43% of independents, but just 23% of Republicans.

Another 33% plan to participate in early voting, including 37% of Republicans and 34% of Democrats but just 23% of other voters.

Just 28% will wait until Election Day, though that’s the choice method for 37% of Republicans. Only about 20% of Democrats anticipate waiting until Nov. 3 to cast their vote, and 27% of independents will do so.

nextWhat we know, and what we don’t, about Donald Trump’s coronavirus diagnoses