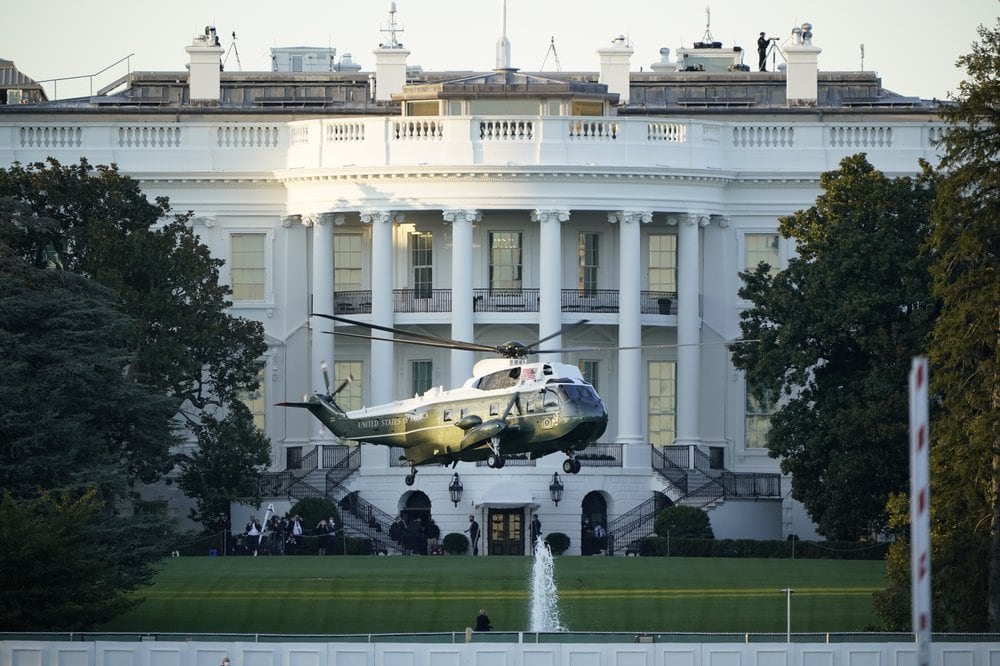 “I think I’m doing very well, but we’re going to make sure that things work out.”

Marine One landed near the military hospital on Friday evening, and Trump was driven to the large complex. White House officials say that the visit is precautionary after Trump tested positive for COVID-19 and that he will work from the hospital’s presidential suite, which is equipped to allow him to continue his official duties.

When he walked out of the White House, he was wearing a mask and gave a thumbs-up to reporters. He also released a video on Twitter, saying, “I think I’m doing very well, but we’re going to make sure that things work out.”

The President also thanked everyone who have offered their support in the hours since he announced he tested positive.

“Thank you very much, I appreciate it, I will never forget it,” he said.

All White House staff who left the building with the President, including Chief of Staff Mark Meadows, were wearing masks.

White House press secretary Kayleigh McEnany said that the President “remains in good spirits, has mild symptoms, and has been working throughout the day.”

Shortly before he departed for the hospital, his personal physician, Dr. Sean Conley, said in a memo issued by the White House that he had received an experimental antibody cocktail.

The first lady, who is 50, has a “mild cough and headache,” Conley reported, and the remainder of the first family, including the Trumps’ son Barron, who lives at the White House, tested negative.

The White House said earlier in the day that he would be going to a military hospital for “a few days” for treatment.

nextBlake Dowling: Salute to mentors — because it takes a village