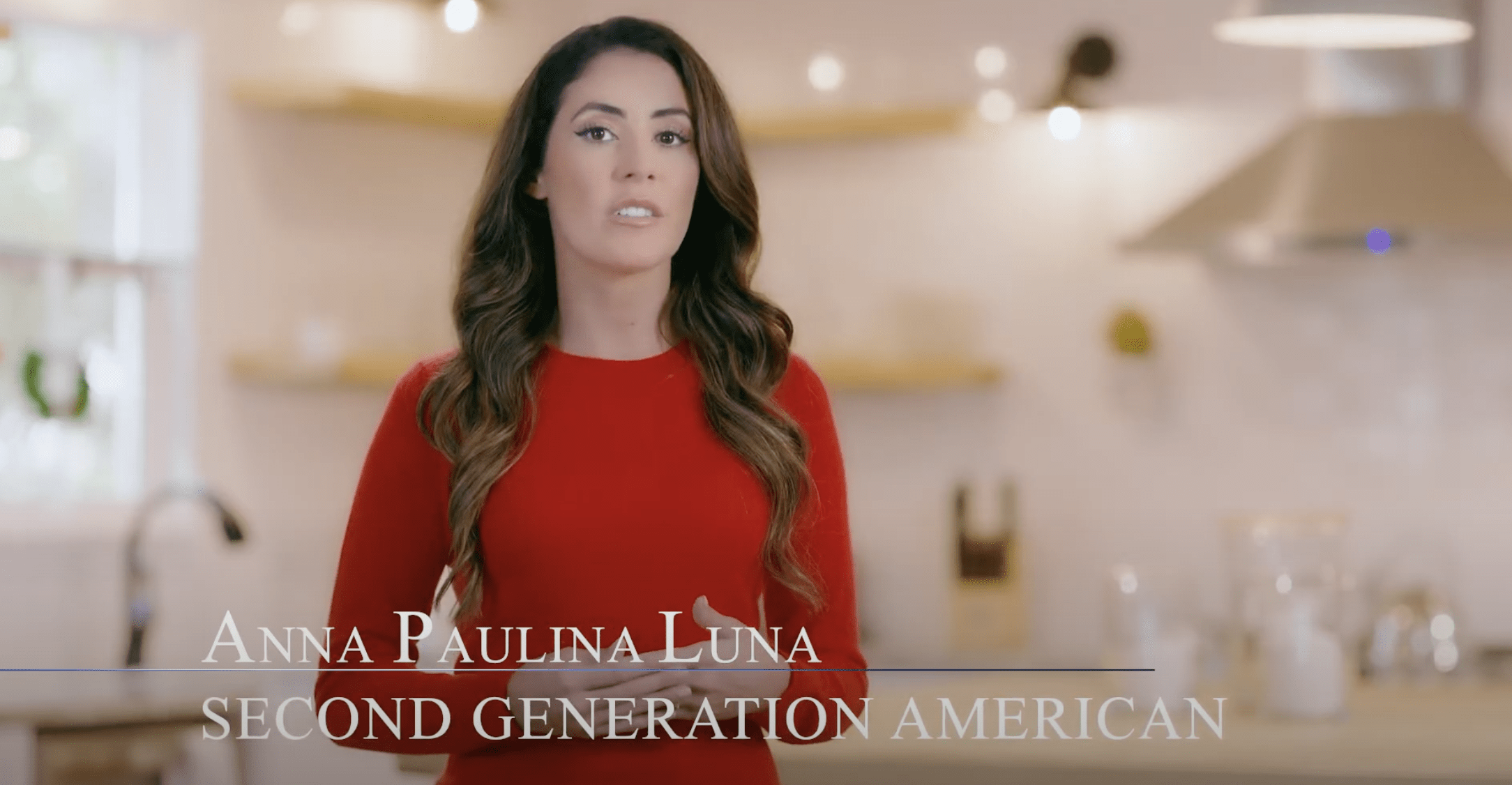 Luna plays on a rough upbringing to make the case for America.

Luna announced the ad Friday night via Twitter. In the one-minute commercial called “Ditch,” Luna narrates her difficult upbringing, and explains how joining the U.S. Air Force helped pull her out and into a life of success.

Luna starts the ad with a strong anti-abortion nod, saying, “My mom chose life over abortion, and decided to have me — I’m living proof anything is possible in America.”

The ad flashes between childhood pictures of Luna’s family and her now, narrating in front of a nice home.

“Growing up, my family struggled with substance abuse. We moved around a lot, and I even lived in a drug house. I survived a gang shooting and an armed robbery,” Luna says. “But I never gave up, because being born in America is like winning the lottery.”

Luna goes on to tell about how she joined the U.S. Air Force and found hope, helping her dad out of drug abuse and homelessness. Now, she says, ending human trafficking is her life’s mission.

“Anywhere else on Earth, the story would end in a ditch. But America saved me,” Luna says. “And that’s why I’m running for Congress.”

The ad highlights the strategy the GOP is counting on to oust incumbent Democrat Charlie Crist. Luna isn’t a run-of-the-mill politician. She is using what sets her apart to her advantage — she identifies with the traditional democratic base and urban communities in ways a lot of Republicans lack.

“If you want more of the same, you know who to vote for,” Luna says in a nod to Crist. “But if you want someone who will serve our county, instead of themselves, I’m Anna Paulina Luna, I approve this message, and I’m asking for your vote.”

To have a shot, Luna will have to stretch her appeal across party lines. Her campaign hopes to relate to urban voting blocs to boost her cross-over appeal. The campaign is also relying on swing voters.

However, the ad comes just after the district was elevated from “Likely Democrat” to “Safe Democrat” by Sabato’s Crystal Ball, a non-partisan lead election prognosticator run by the University of Virginia’s Larry Sabato. This change might give Crist a sigh of relief as he faces his first formidable opponent since his election to the U.S. House in 2016 when he ran against then-Republican incumbent David Jolly.

Democrats outnumber Republicans by 26,678 voters, but there are more than 146,896  non-partisan or third-party voters among the district’s 512,570 voters. Still, the district went for Democrat Hillary Clinton in 2016 over President Donald Trump 48% to 47%. Voter turnout in that election was more than 77%.

Turnout will be essential for either candidate to take the seat, with both parties pushing for higher turnout.