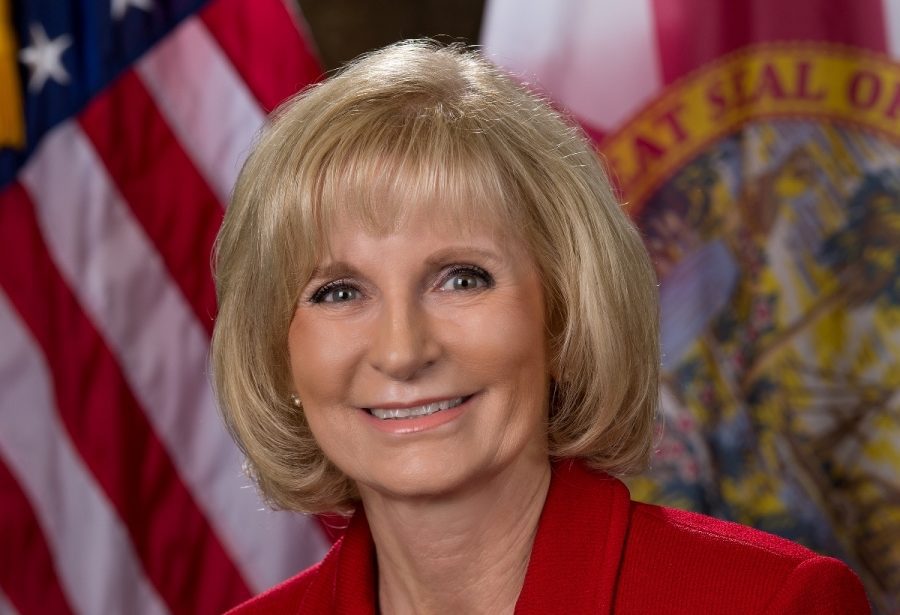 Murman's race is arguably the most competitive commission race this year.

Les Miller, the current commission chair who is retiring from office after this year, offered his endorsements Monday in a move that is likely to frustrate many within his own party.

Murman voted in 2017 to keep a confederate statue on display in front of the Hillsborough County courthouse, though it was eventually removed. Critics dubbed Murman and other Republicans on the commission at the time the “confederate four” over their controversial vote. The same four commissioners, including Murman, also voted to appoint David McCallister, a prominent pro-confederate monument activist, to the county’s diversity board. Miller, the board’s only Black member, was on the opposing side of both votes. Kemp voted with Miller on both issues.

Even without those differences, it’s a big get for Murman who is hoping to trek to victory on a path of bipartisanship.

“Without question, Sandy Murman is the best choice to help lead us through these unprecedented times,” Miller said. “Her heart and her head are firmly with all of the people of Hillsborough County.”

Miller’s endorsement might seem odd considering Murman’s votes on racially charged issues. It also jeopardizes his party’s majority on the Board of County Commissioners — Democrats currently have a 4-3 majority, but if Republicans manage to hold Murman’s current District 1 seat, an uphill battle at this point, and if Murman picks up Kemp’s District 6, control would shift to the GOP.

Miller has also at times been at odds with Kemp. As chairman, Miller often seems frustrated with Kemp, who can sometimes be one of the board’s more outspoken members.

“Both Gwen and I have worked with Sandy Murman for more than twenty years. During that time, she has proven herself to be a reasonable, common sense and open-minded leader,” the Millers wrote. “Together, we have worked to create jobs and improve transit, and she has supported our work to create diversity throughout our community. We know that you, too, can count on Sandy to focus on positive and productive change for all of

Hillsborough County, and we whole-heartedly endorse her to be your county-wide District 6 commissioner.”

The District 6 race will likely be the most competitive County Commission races on this year’s Hillsborough ballot.  Democrat Harry Cohen is the favorite to win Murman’s District 1 seat. He’s raised nearly $188,000 so far compared to Republican opponent Scott Levinson who has raised less than $15,000. Democrats have a slightly less than 5,000 voter advantage in the district, but that’s potentially mitigated through what has historically been stronger voter turnout among Republicans.

Miller’s District 3 is also on the ballot, but Democratic nominee Gwen Myers will almost certainly cruise to easy victory over Republican Maura Cruz Lanz in the overwhelmingly Democratic district.

That makes Murman’s race against Kemp of particular importance to Republicans. While they have a chance to reclaim a majority on the dais, it’s not looking like District 1 will stay in GOP control. Murman must win in order to maintain only a slight deficit in party representation. If both Kemp and Cohen win, the Democratic majority would increase to 5-2, an analysis Miller may have taken into consideration with his endorsement.

Still, Murman has a lot to celebrate with a cross-party nod from a sitting colleague.

“I’m beyond honored to have Les and Gwen Miller’s support,” Murman said. “I’ve long looked at both of them as beacons of leadership in public service and will count on their wisdom when I’m elected.”