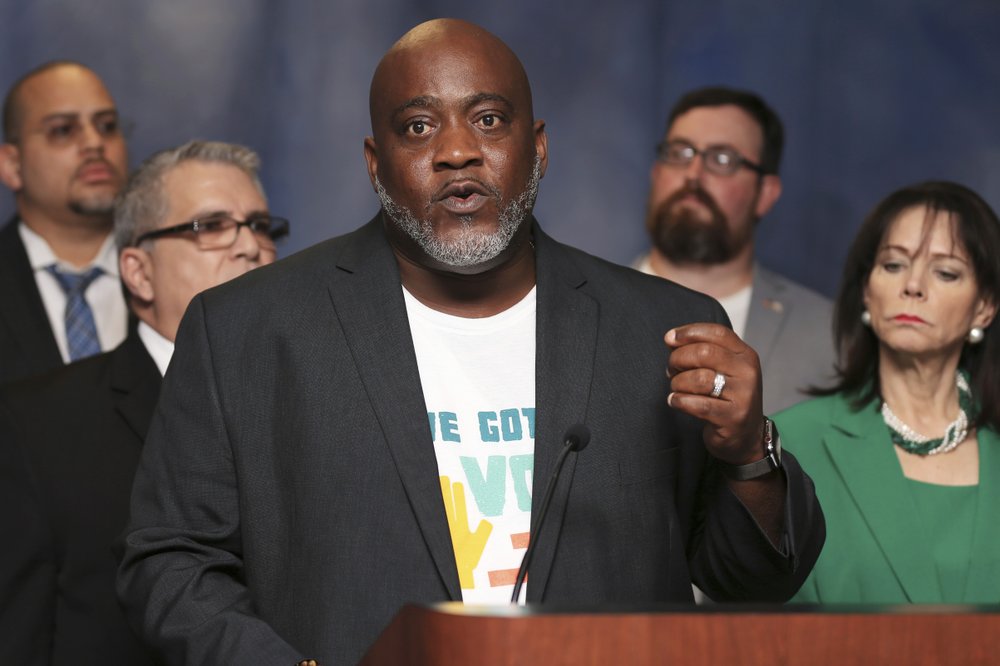 So far the Clerk's office has helped some 800 returning citizens restore their rights.

The Florida Rights Restoration Coalition is putting an additional $1.5 million into Hillsborough County to pay off outstanding fines and fees for former felons.

So far, the Hillsborough County Clerk of Courts office has helped more than 800 returning citizens regain the right to vote, which was accomplished using $750,000 the coalition had already sent Hillsborough’s way. The announcement of new money came on the voter registration deadline for the Nov. 3 election. That means the $1.5 million won’t help returning citizens vote in the upcoming presidential election, but could help them in future elections. At the current rate of of payoffs, that means new money could help some 1,600 returning citizens.

The organization, which is dedicated to restoring the right to vote to people with convictions and improve the reentry system, has so far collected upwards of $25 million from people across the country, Desmond Meade, the executive director of the coalition, said at a news conference Monday.

“We believe not only in advocating on behalf of people with prior felony convictions, but doing so in a way that benefits everybody,” Meade said. “This is a win, win, win situation.”

At the conference, which took place in front of the Hillsborough County Courthouse, Meade presented the county’s Clerk of Court Pat Frank with the check for $1.5 million.

“We have roads still to travel,” Frank said. “All we want to do is give them the right to be a full citizen – to be a dignified, full citizen.”

The coalition has so far written checks to help pay felon fines and fees to 60 of Florida’s 67 counties.

This announcement follows a decision from the 11th U.S. Circuit Court of Appeals, which ruled the state could require felons to pay fines, restitution and legal fees before they can regain their right to vote.

Although ultimately the Supervisor of Elections and the Secretary of State are responsible for determining a person’s eligibility to vote, the Clerk is responsible for collecting balances due.

The recent ruling by the Atlanta-based appeals court overturned a district judge’s ruling, which said the state cannot deny the right to vote to felons who are “genuinely unable to pay” court-ordered debts.

Floridians already voted on the issue with 64% voting in favor of a 2018 constitutional amendment that restored non-violent felon voting rights after they completed their sentences. The legal dispute arose after lawmakers looked to define what it means to complete a sentence, siding with the state that returning felons must satisfy all court fines and fees and restitution before rights are restored.

“When we passed Amendment 4, we had over 5.1 million people that said yes to second chances,” Meade said.

Clerk-elect Cindy Stuart, who will replace Frank in January, vowed to continue the office’s work on rights restoration when she takes office.