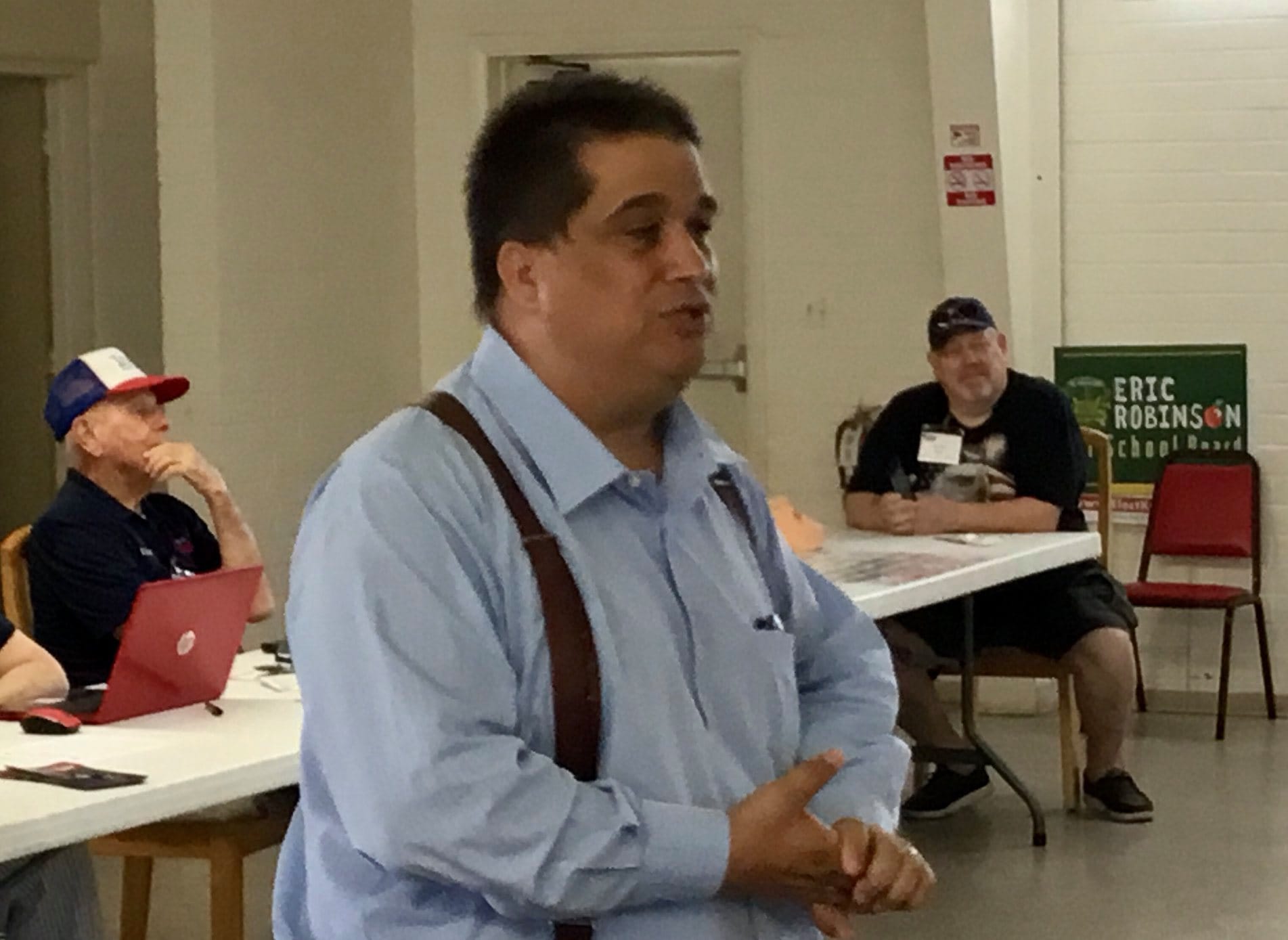 Most clients dismiss accusations against treasurer as politically motivated.

News a State Attorney would handle the investigation of a criminal complaint on Eric Robinson startled Florida’s political world. Now, countless Republicans face calls from opponents to distance themselves from the prominent campaign treasurer.

Katherine Norman, a Democrat challenging Sen. Joe Gruters, put a digital ad online Monday trashing the Republican Party of Florida chair for not only employing Robinson as a campaign treasurer but continuing a business partnership. Gruters and Robinson together lead Robinson, Gruters & Roberts CPA, a Venice-based firm whose address and phone number appear on dozens of candidates’ filing reports each year.

“Gruters’ business partner has been called ‘The Prince of Dark Money,’” an ad states. “Now he’s answering to election law violations … How can Joe Gruters get dark money out of politics when it is in his own office?”

It’s one of numerous attacks coming at candidates who continue to employ Robinson. But no one to date has fired Robinson over the development.

For his part, Robinson dismisses it all as part of a dirty political trick, starting with a written accusation of a crime that he considers baseless.

“It’s totally bogus,” he said. “The Democrats are just using it for political purposes. No one is letting the process play out. Nobody has even seen the fricking complaint and already they are saying these things.”

Indeed, few details have been made public about the investigation. The matter became public when State Attorney Ed Brodsky asked Gov. Ron DeSantis to reassign the matter to another jurisdiction because he uses Robinson as his own campaign attorney. Notably, Brodsky refused calls to fire Robinson, and has stressed that it has yet to be determined if a complaint about Robinson holds any merit.

It’s now in the hands of Democratic State Attorney Andrew Warren what to do with the complaint. Robinson said some friends believe he should be concerned a Democrat will handle the case unfairly.

“I hope that is not true,” he said. “Clearly, Democrats are coming at me hard to try and destroy my way of life.”

Norman said she thinks questioning Gruters about the business relationship is fair game. The Senator not only employs Robinson but runs a business with him.

“I am incredibly disappointed that Gruters has chosen to ignore corruption in his own office, campaign door to door maskless, and claim that he is ‘not a politician’ and that he has been pro-environment,” she said.

“Voters are very happy to learn the truth behind Gruters’ message and that they have a choice this year.”

Gruters, though, isn’t concerned about the attacks or the investigation of his business partner.

“It’s all based on a complaint that’s going to be dismissed,” he said. “This is a political hack job, and it’s unfortunate the process has been politicized like this. It almost doesn’t deserve any recognition.”

But attacks on campaigns associated with Robinson have become part of the political tapestry, particularly in Southwest Florida this year.

“The Eric Robinson stuff coming down, that’s [Gregory’s] treasurer, and the guy is a little slimy,” Fairey said. “If you won’t investigate him, that makes me ask, what are you hiding?”

“My impression is this is a classic fake news story,” he said. “It comes from Eric Robinson’s Democratic School Board opponent, and it’s a classic smear campaign where there is absolutely no wrongdoing whatsoever. It’s a farce that they are attacking him this way. It’s insulting and it’s inappropriate.”

He referenced the August election where Democrat Tom Edwards ousted Robinson from his Sarasota School Board seat. That came after years of criticism and labeling Robinson a “prince of dark money.”

Robinson, for his part, said this complaint marks the first time someone made a criminal accusation that prompted an investigation.

“It’s so beyond the normal to file a criminal complaint,” he said. “Meanwhile, three Democrats committed a crime and nobody gives a rat’s ass.”

But he has seen numerous administrative complaints filed through the years and not a single one stuck.

Notably, not all the attacks come from the left. The fact Robinson serves as treasurer to Lee County Sheriff Carmine Marceno and State Attorney Amira Fox has prompted intraparty criticism there. In face, Robinson has been involved on the fiscal end with campaigns from Sarasota to Jacksonville.

Gruters expects the matter to be quickly resolved and hopes attacks look foolish.

“I hope they give as much ink when it’s done as to when the complaint was first filed,” he said.