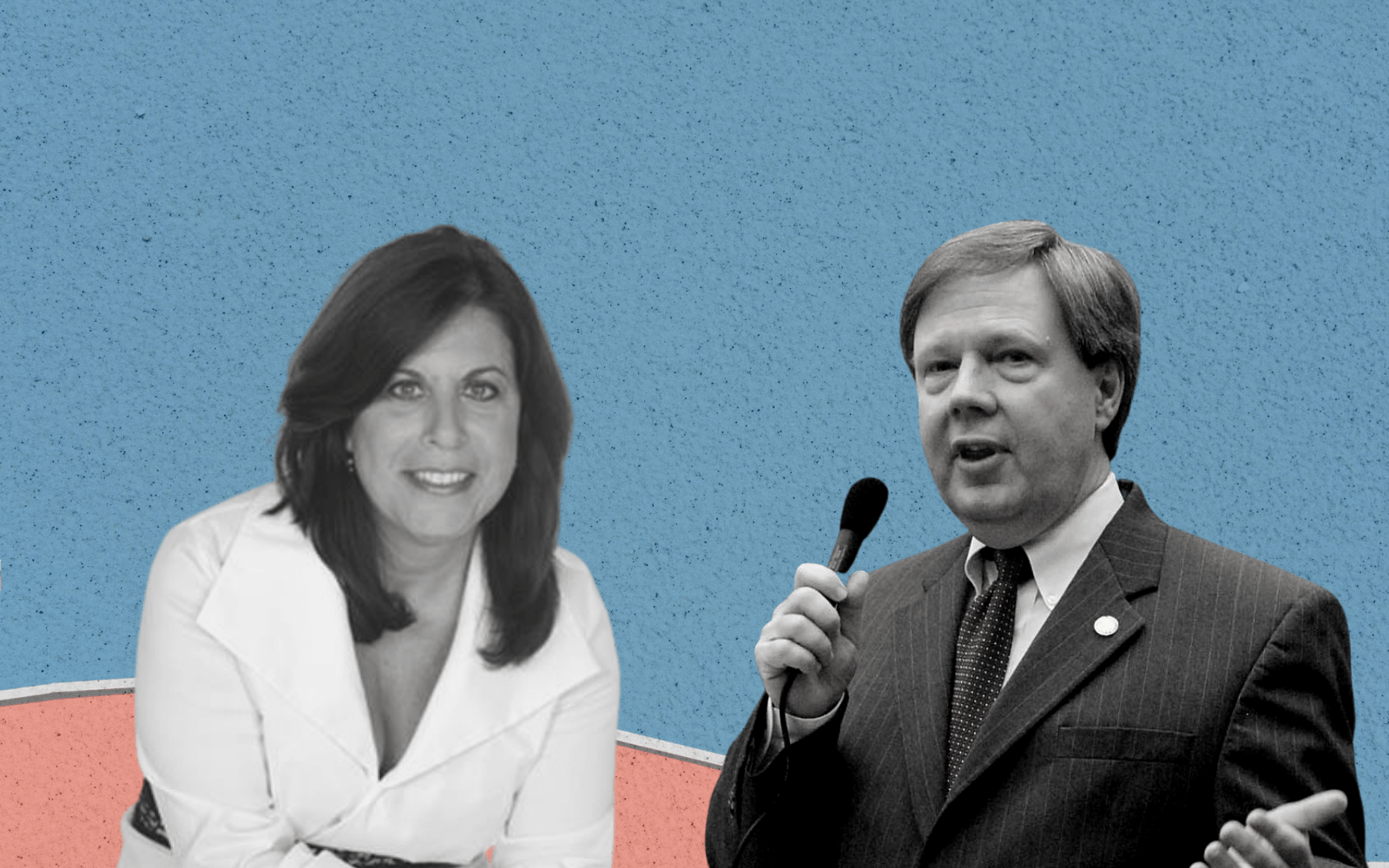 “That cracks me up,” said Tracey Kagan, the Democrat running in House District 29. She referred to the nickname slapped on her by the Republican Party of Florida in a new mailer sent to Seminole County voters making her look like a radical, riotous street protester.

The RPOF mailer is not intended to amuse anyone. It mixes scary pictures of riotous street protests from somewhere outside Florida with pictures of Kagan appearing at one or two protests in Central Florida.

The text suggests that Kagan’s appearance at Black Lives Matter protests this past summer makes her the kind of radical who wants to burn cities and defund the police.

“Tracey Kagan doesn’t just identify with the fire starting Anarchists and Radicals … she walks by their side!” screams the mailer.

“Marching with the Mob. Defund police. Destroy property. Disrupt lives. Today’s mindless mobs are in your face with their angry agenda and Tracey Kagan isn’t keeping her distance. In fact, Kagan is right in the middle of it all! She proudly took to the streets earlier this summer when outside agitators descended on Orlando. She clearly chose their side, waiving her sign and walking alongside others who share her Radical Leftist agenda … or worse,” the mailer reads.

Nonsense, she insisted. She’s never stood for defunding the police or violent protests, she said. But she does stand with people demonstrating against racism and police brutality.

“I think it stems from a fear that they’re possibly losing,” she said of the mailer. “Also I feel when people don’t have a platform, they strike out.”

Kagan is running against Republican Rep. Scott Plakon in the district representing most of western Seminole County. The race is expected to be close, as was two candidates’ first contest, which Plakon won 51% to 49% in 2018. It has occasionally been hostile. Both sides’ allies are running harsh negative advertising.

She said she supports the Black Lives Matter calls for criminal justice reform and opposition to racism, and was proud to attend two demonstrations she said were entirely peaceful, as almost all in Central Florida have been.

She said at the ones she attended, one each in Orlando and Sanford, people marched. People spoke. Someone read a poem. There was pizza. There were calls for accountability and more sensitivity on race. A teenager handed her a sign [with a misspelling on it.] She held it for a picture. She’s fine with that.

“Was I ‘in the middle’ of peaceful protesters? Damn right I was,” Kagan tweeted. “Do I stand in solidarity with Black Americans who have been victims of systemic racism for far too long? YES. Yes. We don’t need to choose between law and order and social justice. We must demand both.”

“I find that hysterical,” Kagan said, who’s responded that she is a mother of three, a criminal defense lawyer and former prosecutor. “I’m a powder keg ready to blow? I’m a radical? That cracks me up. Meanwhile, to tell you the truth, I’m more concerned with what’s going on in Michigan with the Governor.”

She predicted the mailer will backfire on Republicans and Plakon.

Yet he added that he sees the Black Lives Matter movement as a sharp “fault line” between them.

“She has aligned herself with groups like Black Lives Matter,” Plakon said. “I’ve aligned myself with the Police Benevolent Association and its 22,000 law enforcement officers. I’m endorsed by Dennis Lemma, the Seminole County Sheriff, and by Phil Archer, the 18th Circuit prosecutor/State Attorney.

She saw the fault line there, too. She said she sees the protests as people calling for someone to address systemic racism, and he doesn’t. 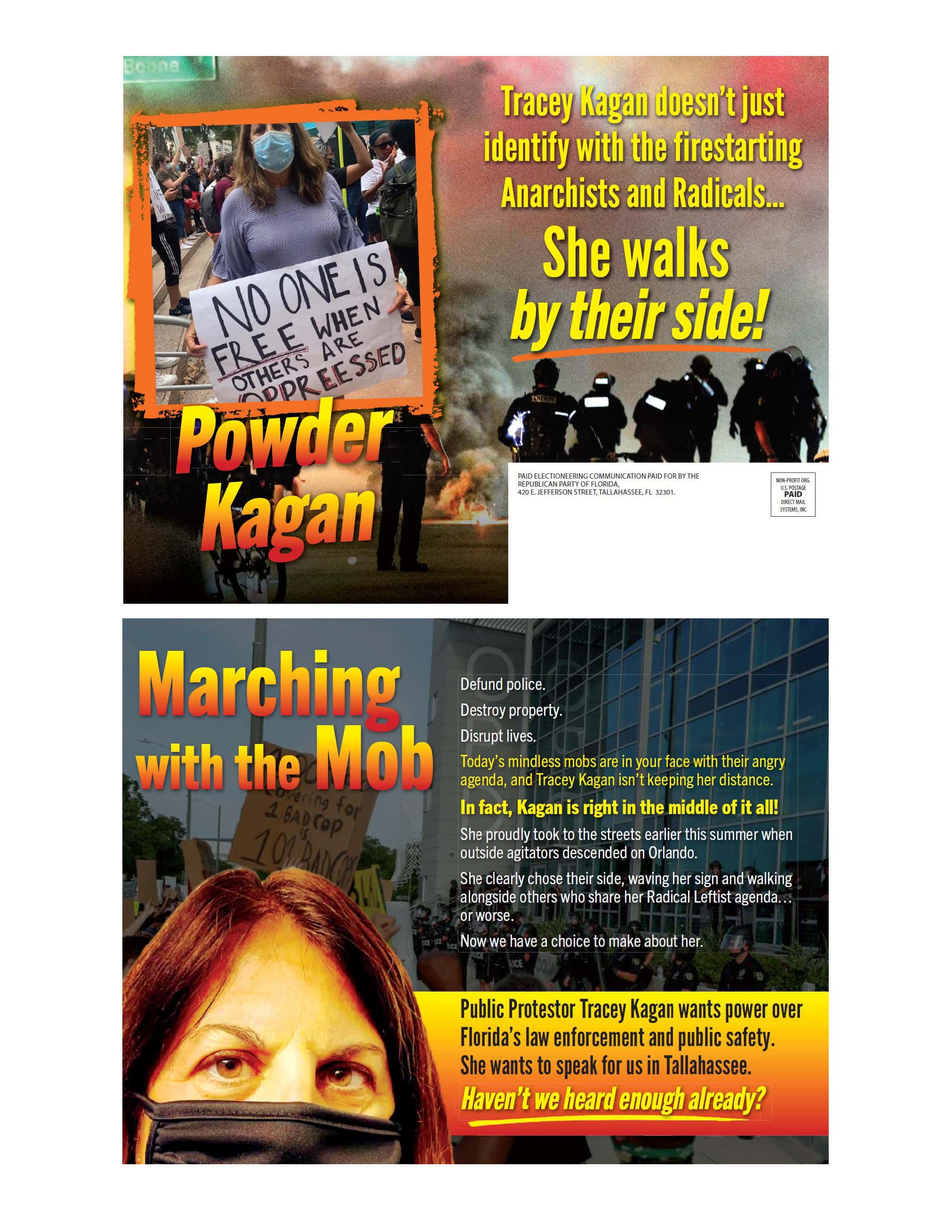