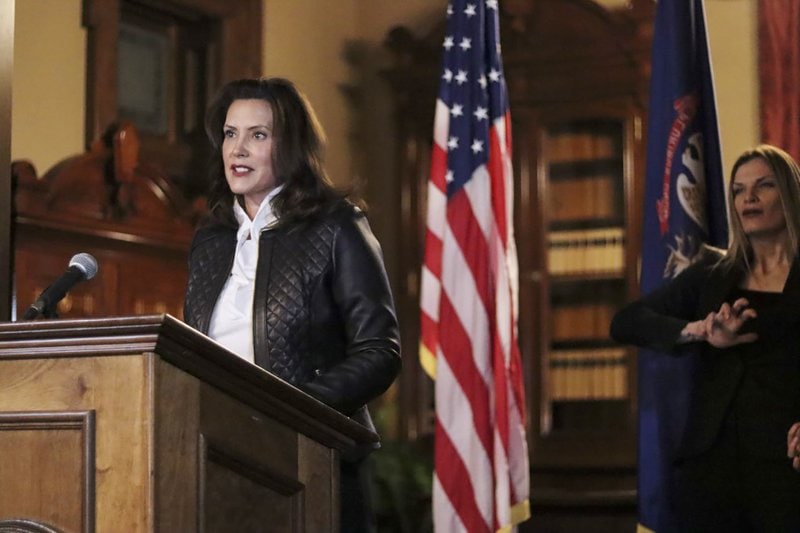 Michigan Gov. Gretchen Whitmer and her family were at times moved around by authorities as law enforcement tracked the men who allegedly plotted for months to kidnap her, the state’s Attorney General said Friday.

Dana Nessel disclosed the detail to “CBS This Morning.” She said the Democratic Governor was consistently updated about the investigation over the past couple months.

“She was aware of things that were happening,” Nessel said. “At times, she and her family had been moved around as a result of activities that law enforcement was aware of.”

Authorities announced Thursday that they foiled a stunning plot to kidnap Whitmer in a scheme that involved months of planning and even rehearsals to snatch her from her vacation home before the Nov. 3 elections. Whitmer’s first term as Governor does not end until 2022.

Six men were charged in federal court with conspiring to kidnap the Governor in reaction to what they viewed as her “uncontrolled power,” according to a federal complaint. Separately, seven others linked to a paramilitary group called the Wolverine Watchmen were charged in state court for allegedly seeking to storm the Michigan Capitol and seek a “civil war,” including four who allegedly helped to surveil Whitmer’s house.

The two groups trained together and planned “various acts of violence,” according to the state police.

Surveillance for the kidnapping plot took place in August and September, according to an FBI affidavit, and four of the men had planned to meet Wednesday to “make a payment on explosives and exchange tactical gear.”

“We thought it was time to move in before anybody lost their lives,” Nessel said.

Whitmer, who was considered as Joe Biden’s running mate, has been widely praised for her response to the coronavirus but also sharply criticized by Republican lawmakers and people in conservative areas of the state. The Capitol has been the site of many rallies, including ones with gun-toting protesters calling for her ouster.

The FBI quoted one of the men accused of conspiring to kidnap Whitmer as saying she “has no checks and balances at all. She has uncontrolled power right now. All good things must come to an end.” That same man, Adam Fox, who was described as one of the leaders in the alleged plot, livestreamed a video to a private Facebook group “in which he complained about the judicial system and the state controlling the opening of gyms,” according to the federal complaint.

Whiter closed gyms in March but reopened them in some areas in June and statewide in September.

Authorities said the plots were stopped with the work of undercover agents and informants. The men were arrested Wednesday night. The six charged in federal court face up to life in prison if convicted. State terrorism charges the other seven men face carry a possible 20-year sentence.

Andrew Birge, the U.S. Attorney in western Michigan, called the men “violent extremists.” They discussed detonating explosive devices — including under a highway bridge — to divert police from the area near Whitmer’s vacation home and Fox bought a Taser to use in the kidnapping, Birge said.

“All of us in Michigan can disagree about politics, but those disagreements should never, ever amount to violence. Violence has been prevented today,” Detroit U.S. Attorney Matthew Schneider said Thursday.

A few hours later, Whitmer pinned some blame on President Donald Trump, noting that he did not condemn white supremacists in last week’s debate with Biden and instead told a far-right group to “stand back and stand by.”

“Hate groups heard the President’s words not as a rebuke but as a rallying cry, as a call to action,” Whitmer said.

Trump tweeted that the Governor “has done a terrible job” and again called on her to “open up your state.” He said he does not tolerate any extreme violence.

Whitmer had put major restrictions on personal movement and the economy to control the spread of the coronavirus, although many of those limits have been lifted since spring.

The Governor has exchanged barbs with Trump before on social media, with the president declaring in April, “LIBERATE MICHIGAN!” There is no indication in the criminal complaint, however, that the men were inspired by Trump.