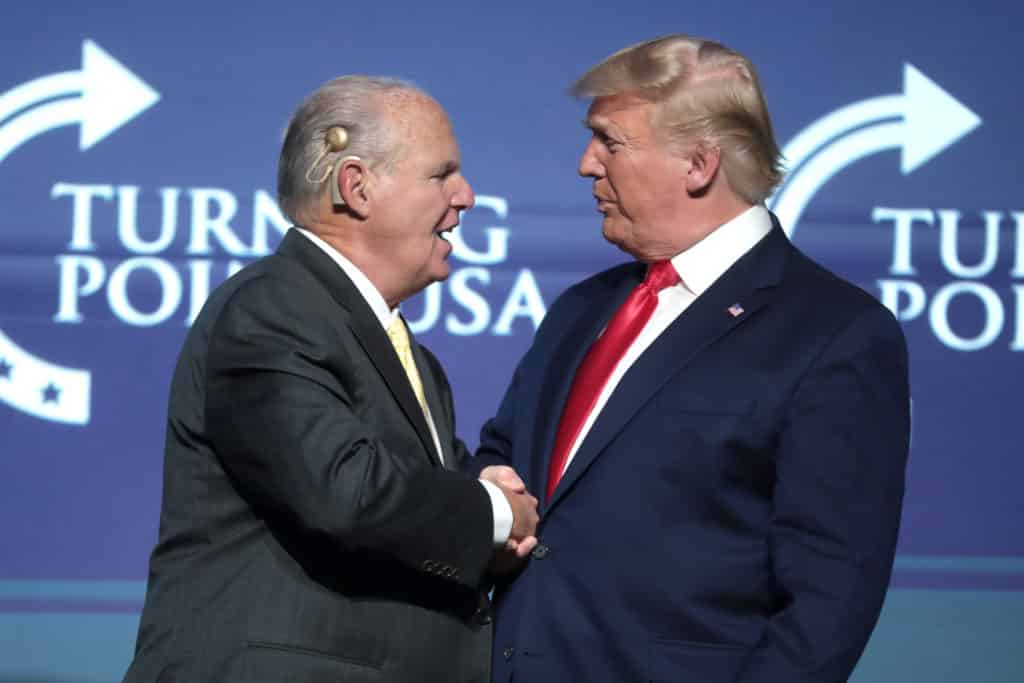 President Donald Trump, ahead of anticipated rallies in Florida, went virtual with a radio showcase Friday on the Rush Limbaugh show.

The big news: “We have a cure” for COVID-19, he told the conservative talk master.

“We have a cure, some call it a therapeutic. I call it a cure that most have never heard of that’s going to be out very soon,” Trump assured Limbaugh in the noon hour.

The President was referring to plans announced to provide over a million doses of the same treatment the President got, pending approval by the Food and Drug Administration.

“I was in not great shape, but we had a medicine that healed me,” Trump said of the Regeneron antibody cocktail he was given at Walter Reed Hospital this week.

That cure will be widely available soon, Trump asserted.

“Hundreds of thousands of vials are being sent to hospitals all over the country.”

“We can go into hospitals and clean up the hospitals,” Trump said. “I had a meeting with the doctors today. These 11 guys, they showed me stats, it was amazing.”

“We’re sending that to all our hospitals,” Trump said. “This is stuff that’s so good it wiped out the virus.”

The President continued to extol his own health.

“I’m free. I feel perfect. I’m not taking anything.”

“My voice is now perfect,” Trump said. “This is the most amazing thing that has happened.”

Doctors told him he was “going into a really bad phase,” and Trump noted that he’d lost five friends to the virus.

“Without us. Without the Trump administration, this never would have happened,” Trump added.

The President and the host revisited the topic in the second hour of the program, with Trump continuing to wax optimistic.

“This is a total game changer, it’s so good,” Trump said, noting that the “FDA is approving things in one week that would have taken three years … and they’re great things.”

“This is the greatest of them all if it works out,” Trump added.

The President has expressed similar confidence in his recovery in other recent interviews.

Speaking Thursday night on Fox News Channel, Trump said he was ready to get back on the campaign trail, and feels “perfect” just one week after his COVID-19 diagnosis.