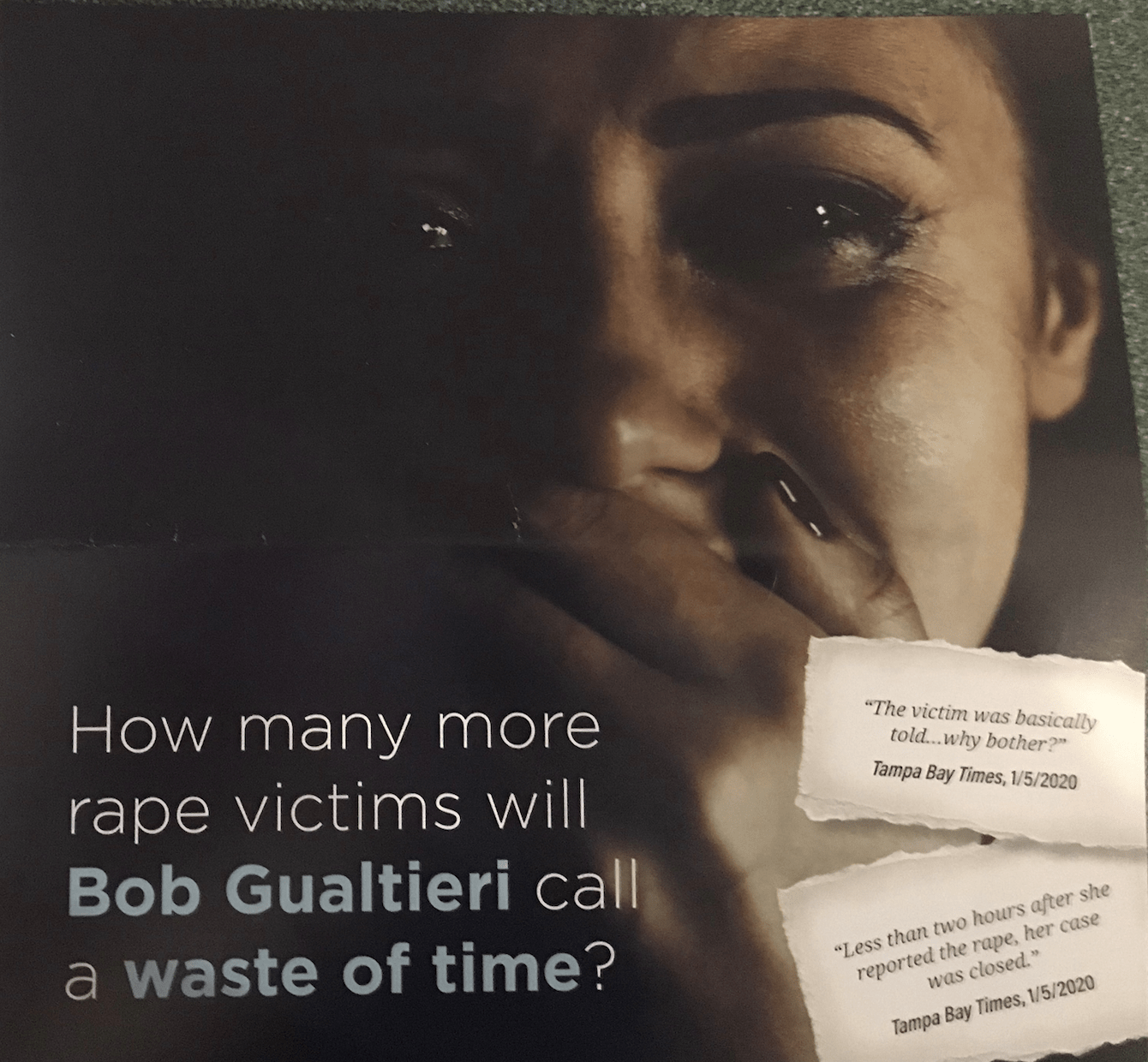 At issue is an ad and at least one mailer paid for by the Florida Democratic Party supporting Democratic Sheriff candidate Eliseo Santana. The ads accuse Gualtieri of down-playing rape accusations, a topic both Republicans and Democrats criticize for politicizing rape victims.

“(Florida Statute) requires any advertisement offered on behalf of a candidate be approved by such candidate or candidates. Any such contention that all of the referenced candidates have approved the Ad is false and the Ad is illegal,” the letter reads. “The purpose of this letter is to notify you of the specific false statements, and a demand that you not continue to run the false ad.”

“The Ad falsely provides that the Ad was approved by Representative Jennifer Webb,” it continues.

The letter then references a Florida Politics report in which Webb is quoted saying she was “outraged” over the use of her name in the ad, which was produced “without my knowledge or consent.”

Similarly, the letter points to a reference to Harrington. It references Harrington’s written statement posted publicly that she “never saw the mailer or ad beforehand, nor did I approve of this ad.”

“I urge you to comply with the procedures followed by responsible media outlets and cease and desist from the continued airing of the Ad unless the Democratic Party of Florida produces sufficient documentation to establish the validity of the false statements in the Ad,” the letter concludes.

Both candidates appeared in the television ad without their knowledge.

In her statement, Webb, a rape survivor herself, not only condemned the ads, but rescinded her endorsement of Santana.

“I strongly denounce the use of my name in association with the attack ad against Sheriff Gualtieri and renounce my endorsement of Eliseo Santana,” Webb said in her statement. “As a victim of rape myself and knowing what it is like to be attacked with baseless political accusations, I am outraged at having my name used with such horrible attack ads without my knowledge or consent.”

The mailer, which wasn’t referenced in the cease and desist letter, but that includes similar claims leveled in the television ad in question, shows an image of a teary eyed, terrified woman with a hand over her mouth.

“How many more rape victims will Bob Gualitieri call a waste of time,” the mailer reads.

It includes two excerpts from a Tampa Bay Times article from Jan. 5 claiming “the victim was basically told … why bother?” and “less than two hours after she reported the rape, her case was closed.”

The excerpts are from a story titled, “How the Pinellas Sheriff’s Office boosts its rape stats without solving cases.” It outlined personal testimony from rape victims and included analysis of 11 cleared rape cases by a retired criminal investigator who found “none of these cases I reviewed were properly or thoroughly investigated.”

Whether Gualtieri should face scrutiny over his office’s handling of rape cases is an important question, but both Webb and Harrington took issue with politicizing the victims themselves for political gain.

The bigger issue though, is using an incumbent State Representative in Webb and a House candidate in Harrington to seemingly support that message without obtaining permission from them to do so.