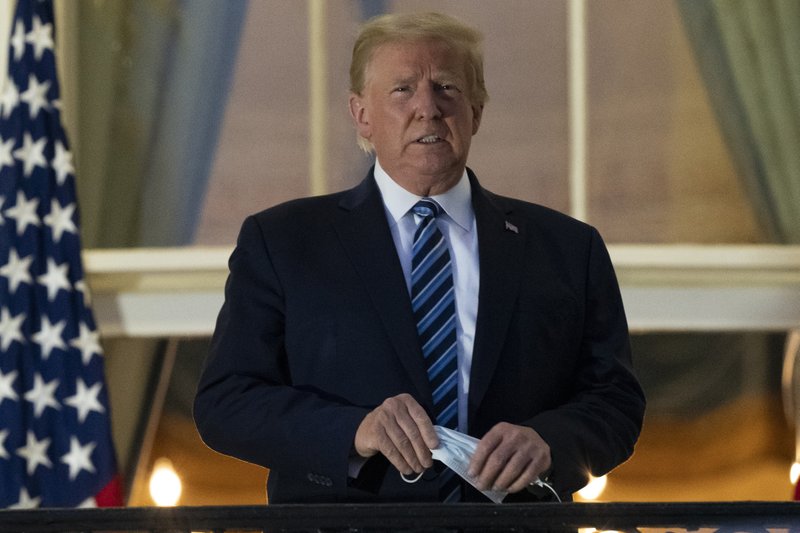 President Donald Trump contends that he is over COVID-19, and he will return to the campaign trail Monday with a rescheduled rally in Central Florida.

Trump, who was diagnosed just over a week ago and hospitalized soon thereafter, has been messaging a strong recovery from the disease caused by the new coronavirus that has killed well over 200,000 people.

The President had teased a return to Florida as early as Saturday but instead will address people at the White House from a balcony, which may curb concerns about transmission.

In media appearances late this week, including a two-hour stint on Friday afternoon’s edition of the Rush Limbaugh radio program, the President contended that he is fully recovered from the novel coronavirus and that a “cure” modeled after his treatment will be available nationwide soon.

“We have a cure, some call it a therapeutic. I call it a cure that most have never heard of that’s going to be out very soon,” Trump assured Limbaugh in the noon hour.

The President was referring to plans announced to provide over a million doses of the same treatment the President received, pending approval by the Food and Drug Administration.

“I was in not great shape, but we had a medicine that healed me,” Trump said of the Regeneron antibody cocktail he was given at Walter Reed Hospital this week.

“This is a total game-changer, it’s so good,” Trump said, noting that the “FDA is approving things in one week that would have taken three years … and they’re great things.”

The President has expressed similar confidence in his recovery and the novel treatment in other recent interviews.

Speaking Thursday night on Fox News Channel, Trump said he was ready to get back on the campaign trail, and feels “perfect” just one week after his COVID-19 diagnosis.

Trump surrogates, meanwhile, are traveling the state in the candidate’s absence.

And on Sunday, Donald Trump Jr. will lead the four-stop “Fighters Against Socialism” bus tour through Central and South Florida markets.

Vice President Mike Pence, meanwhile, will be in Florida Saturday, with stops in Orlando and the Villages.