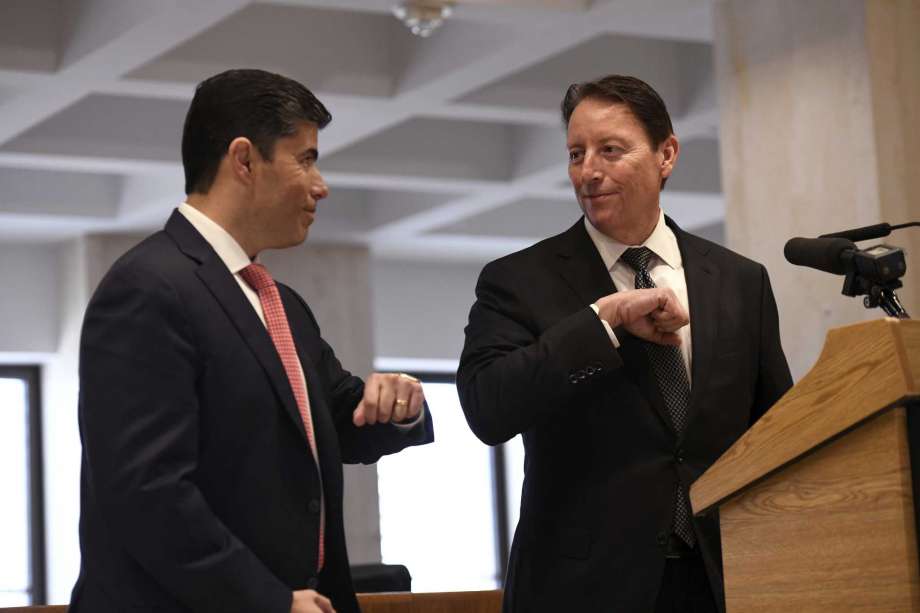 Both Republican leaders signed onto a letter with lawmakers from 50 states and 92 legislative chambers to “express our full confidence” in President Donald Trump’s selection of Barrett. Confirmation hearings began Monday for the potential Justice.

“President Trump has been transparent with the American people about who he has considered, and he was prompt in putting forth a nominee for your consideration,” the letter from legislative leaders reads.

“This was consistent with more than 200 years of precedent. Indeed, there have been more than two dozen Supreme Court vacancies during an election year or before an inauguration. In each of those cases, the sitting President made a nomination to the nation’s highest court.”

Galvano and Oliva, the top-ranking state lawmakers in the state, preside over the Florida Senate and House respectively. They were the only Florida lawmakers on the list of signatories, which includes 14 Senate Presidents and 27 Speakers.

The letter touts Barrett’s qualifications for the job.

“Judge Barrett’s qualifications are undeniable,” the letter reads. “She is a well-respected federal judge and a former Supreme Court law clerk. She is a brilliant legal scholar and has been selected as distinguished professor of the year by three of Notre Dame Law School’s graduating classes. Judge Barrett has the right judicial temperament to serve on the nation’s highest court. Her colleagues and students, of all political persuasions, have already expressed their admiration and support for her abilities, her judicial philosophy, and her reverence for the U.S. Constitution.”

The letter also urges Senators to avoid the ugliness seen during Justice Brett Kavanaugh‘s confirmation, which played out weeks ahead of the 2018 midterms.

“We respect every member of the U.S. Senate’s right to vote his or her conscience, to accept or reject judicial nominees as they see fit,” the letter states. “However, we do not wish to see a repeat of the personal attacks to which Justice Brett Kavanaugh and his family were subjected. We believe that Judge Barrett, and the people of this great nation, deserve serious discussions about judicial philosophy and qualifications, rather than politics.”

nextRon DeSantis: Democrats are whiners, nobody's shutting down, rioters will be jailed, media will cry