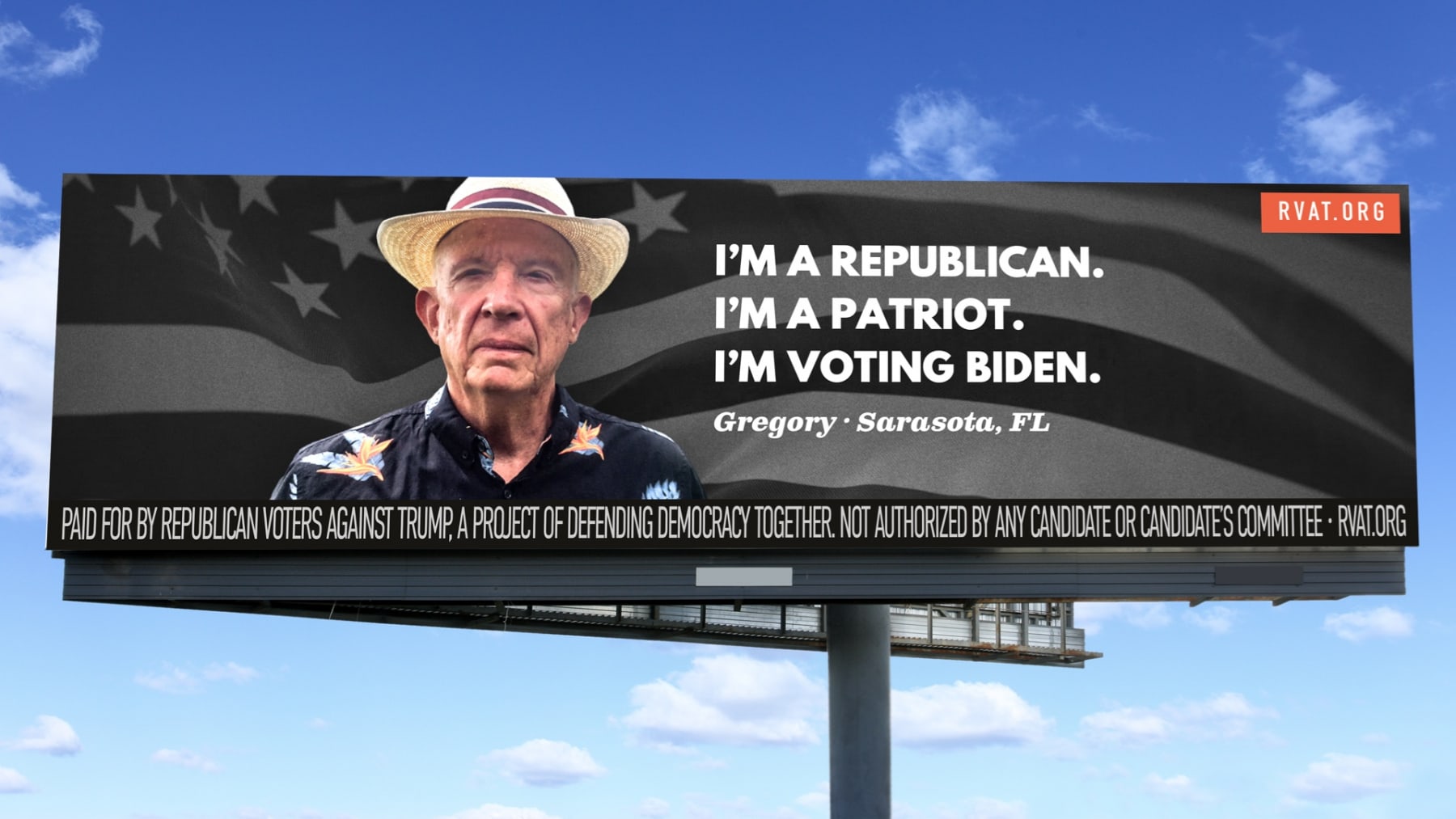 These anti-Trump voters won't vote in the shadows.

It’s one thing to go quietly into a voting booth and vote for someone in another party. It’s another to have your face plastered on a billboard declaring your intentions in your home state.

Roadside images will include some Florida Republicans and conservatives with the names and faces in car-sized fonts, making clear they intend to vote for Joe Biden for President.

“I’m a Conservative. I’m an Army Veteran. I’m voting Biden,” reads one from Robert in Lake Worth.

While the billboards notably leave off last names and information that could lead to harassment for the voters providing testimonials, photographs ensure these men are all in for conversation at their local breakfast stops.

Not all are registered Republicans, but each featured individual makes clear their natural political leanings do not normally point to the Democratic nominee.

Jim Zaenglien, a Fernandina Beach Republican, told the Orlando Sentinel he thought it was important to tell other Florida voters Trump is “not fit” for reelection.

“He doesn’t conduct himself in a manner that I think a President should,” Zaenglin said. “He lies. He doesn’t have any integrity. He’s a womanizer and I consider him a racist. I think there’s a spectrum of racism, and he’s toward the extreme.”

RVAT leaders have made clear they want to provide an example to soft Republicans considering a vote against the President.

A look through previews of the billboard provided by RVAT hints at the demographics this ad campaign seeks to reach. All five provided images show white men. Most represent an older demographic.

Quotes alongside three of the subjects identify themselves as veterans. Others amplify patriotism and faith.

The billboards will appear in Fort Myers, Lakeland, Melbourne, Orlando, Tampa, Titusville, north of Daytona Beach and between Fort Pierce and Vero Beach.