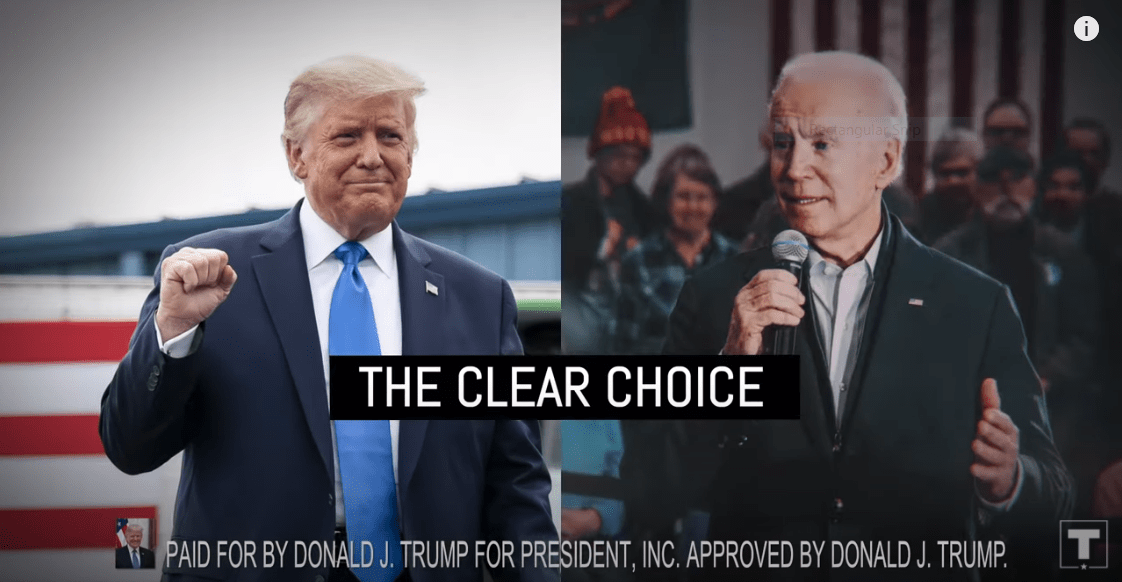 Would Democratic nominee Joe Biden offer more to senior citizens than Donald Trump when it comes to healthcare and the social safety net?

That’s the proposition explored in an ad released Tuesday by the President’s reelection campaign, in which he continues to try to bring home what was a key demographic for then-candidate Trump four years ago.

The ads drop as Biden is in South Florida for events, including a pitch to senior citizens in Pembroke Pines.

The 30-second spot, entitled “Who’s better?,” makes the argument that the President, and not the former Vice President, will safeguard the health care prerogatives that today’s senior citizens bank on.

The spot hits Biden from the left, citing a January article from The Intercept, a publication that has a recent history of sharply criticizing Biden.

The ads also spotlight Trump’s efforts to lower the costs of prescription medicine, and notes that premiums for Medicare Advantage dropped by 34% in his first term.

Drug prices “skyrocketed” during the Biden vice presidency, the ad asserts, with Bureau of Labor Statistics data backing that claim.

In a media release accompanying the creative, the Trump campaign said that while “Biden has made a career pursuing a far-left agenda,” Trump has “always stood by America’s most vulnerable.”

“The choice for Americans is clear: only President Trump can stand up to socialism and deliver inexpensive, quality health care to the American people,” the release continues.

The Trump campaign notes that this is part of its standing eight-figure ad buy, and this creative will be seen in Florida and other battleground states, including Arizona, Pennsylvania, Wisconsin, North Carolina, Georgia, Minnesota, Michigan, Maine, and Nevada.