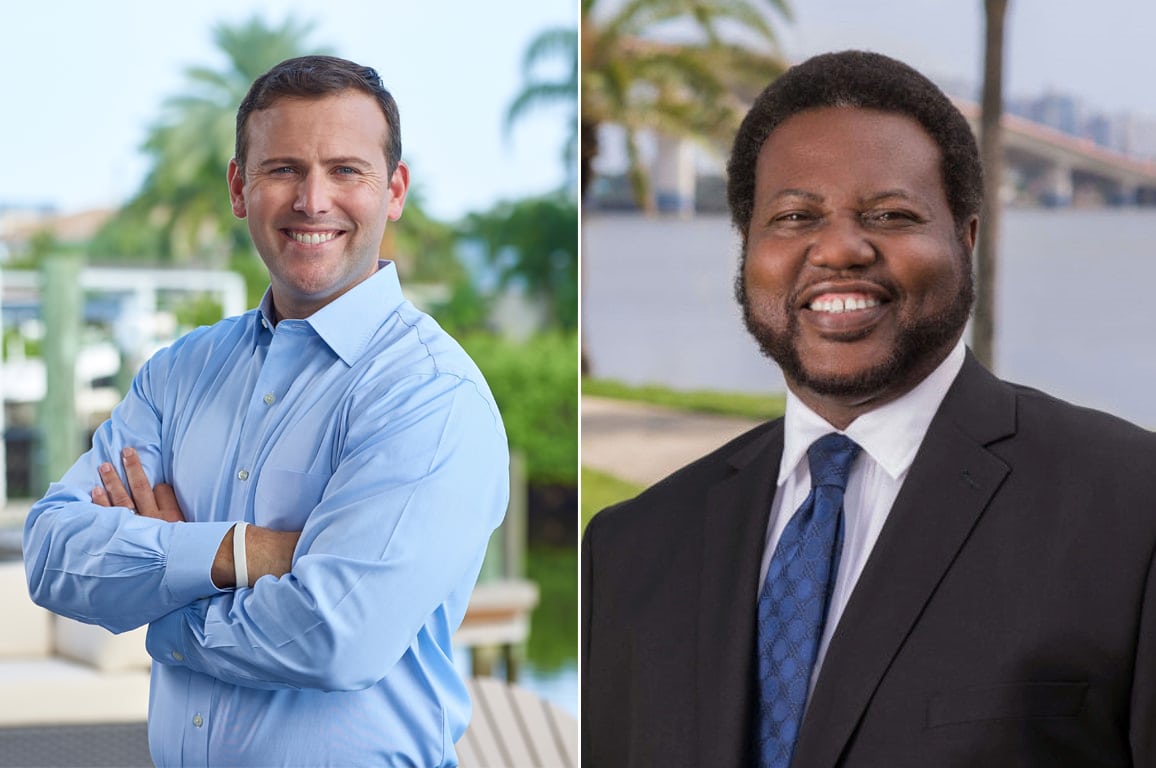 “Our candidates are telling the voters the truth — that many of their Democratic opponents have signed pledges to support legislation that defunds the police,” Sprowls said.

“I can understand why Democrat candidates would want to hide from that position or use words like ‘reinvestment’ or ‘reallocation’ but Floridians know that is just political double talk for a policy of defunding the police.”

Henry, who served with Sprowls in the House from 2016 to 2018, is running for his old House District 26 seat. He’s in a rematch against Republican Rep. Elizabeth Fetterhoff, who narrowly defeated him in 2018.

Republicans right now hold a 71-45 majority over Democrats in the House; four vacancies were most recently divided between the parties. The HD 26 race is viewed by Democrats as one of the best chances to reduce the GOP advantage in the chamber.

The battleground race plays out in a year when national police protests dominated headlines, with many Black Lives Matter activists calling to “defund the police.”

While Henry said he supports criminal justice reform, he has distanced himself from that rhetoric.

“Since serving on the Daytona Beach City Commission, I have always been supportive of law enforcement and providing them with the resources necessary to do their job and keep our community safe,” he said Tuesday.

Sprowls, though, said Henry wants to step around the language and characterize his record differently.

The RPOF ads point to a pledge with advocacy group Future Now that Henry signed. The group doesn’t say the words “defund the police,” but does call  to “end mass incarceration” and for “freedom from ethnic and racial profiling for everyone.”

“Voters have the right to know that these candidates have signed a special interest group pledge that would make our neighborhoods, our businesses and our families less safe,” Sprowls said.

Fetterhoff has not returned calls about the ads.

Henry for his part saw Sprowls remarks as evidence Republicans were the ones blurring rhetoric.

“Looks like the Florida Republicans are back peddling. Yesterday they lied and claimed I said we should defund the police, now they claim I said we should ‘reallocate’ or ‘reinvest,'” Henry tweeted. “Seems like they can’t get their story together.

“The reality of the situation is we can do more to ensure our criminal justice system is more fair and just. That is a goal we should all be in constant pursuit of. When I return to Tallahassee, I pledge to work with all stakeholders to make that a reality.”

Sprowls has stressed support for law enforcement as he looks to ensure Republicans hold a House majority in November. He stood alongside Gov. Ron DeSantis last month when the Governor unveiled legislation cracking down on looting and rioting at anti-police protests. At the press event, Sprowls criticized Democratic leadership in other states for letting violence go unabated.

“Downtown Manhattan looks more like an illustration of Gotham City than it does the heartbeat of America’s financial sector, and yet the officials in those states, the elected officials in those communities, have abdicated their number one responsibility to empower their law enforcement officers to defend their neighbors,” said Sprowls, a former prosecutor, at the time.