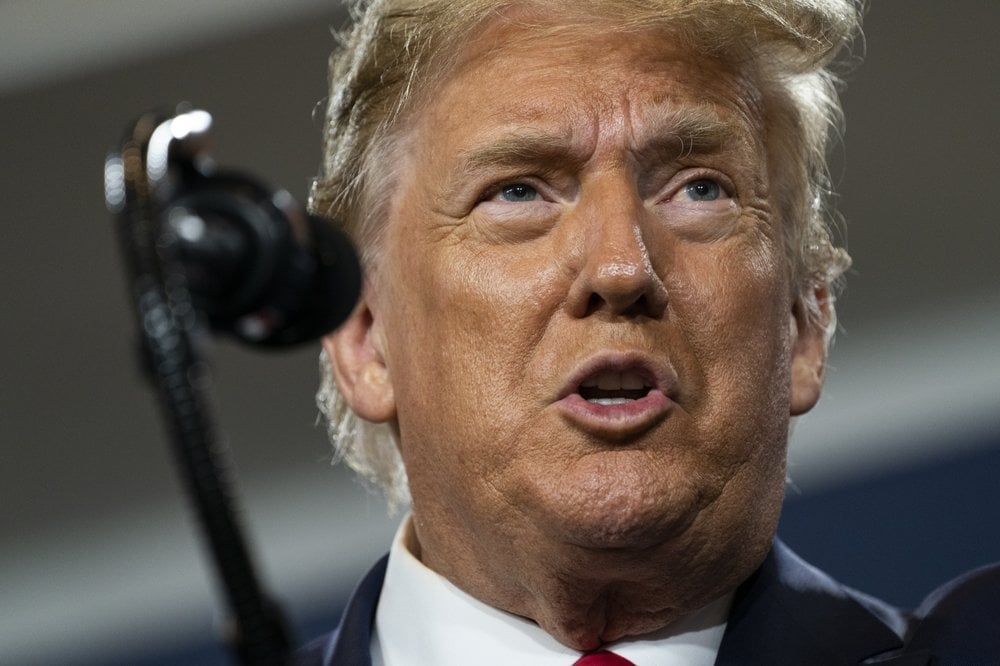 Gone are the days when President Donald Trump held forth daily at the White House podium flanked by members of his coronavirus task force. And the days when Vice President Mike Pence and other task force officials would head to Trump’s office to brief him immediately after their meetings.

The White House won’t say when Trump last met with the task force.

In the week since he emerged from coronavirus isolation, Trump has demonstrated new determination to minimize the threat of the virus that has killed more than 215,000 Americans and complicated his chances of winning another four years in the White House.

“The light at the end of the tunnel is near. We are rounding the turn,” Trump told supporters Friday at an event in Fort Myers, one of many moments during a week of campaigning in which the president tried to play down the virus threat. “Don’t listen to the cynics and angry partisans and pessimists.”

Notably, the Republican nominee for Congress in the area, Byron Donalds, tested for the coronavirus in preparation for  appearing at the event and came up positive for COVID-19.

Still, in word and action, Trump is pushing an optimistic outlook at a moment when coronavirus infections are spiking in Europe and public health officials are raising alarm that the infection rate in the U.S. is climbing toward a new peak.

The U.S. economy is still roughly 11 million jobs short of recovering all 22 million jobs that were lost when the pandemic struck in early spring. The nation averaged more than 50,000 new coronavirus cases per day over the past week. National and battleground public opinion polls suggest that Trump faces stiff headwinds in his bid for a second term.

Olivia Troye, a former aide to the task force who has emerged as a harsh Trump critic, says that early in the crisis Trump was “asking the right questions” when doctors spoke to him about their concerns that the country could face a surge of cases in the fall and winter.

“That’s why it’s so completely reckless of him, after having COVID himself, to turn around this week and double down on taking the mask off and parading around like it’s not a necessary thing, calling himself immune,” she said. “He’s doubling down on misinformation that has been coming out of his mouth for the entire tenure of this pandemic.”

At his NBC News town hall on Thursday night, Trump was asked whether he should have known better than to announce his nomination of Judge Amy Coney Barrett to the Supreme Court with a Rose Garden ceremony and indoor reception where few guests wore masks and social distancing was nonexistent.

He responded by incorrectly citing a Centers for Disease Control and Prevention study to falsely suggest that mask wearing doesn’t mitigate the spread of the virus. The study did not say that.

Trump also has been guarded in releasing information about his health and wouldn’t say whether he had tested negative on the day of his first debate with Democrat Joe Biden, two days prior to his positive diagnosis, allowing only, “Possibly I did, possibly I didn’t.”

After first lady Melania Trump revealed this week that their son, Barron, had tested positive for the illness, Trump used his child’s health scare — and recovery — to make the case that the virus is no big deal for young people.

“It happens. People have it, and it goes,” Trump said at a rally in Iowa. “Get the kids back to school.”

And earlier this week, Trump undermined the nation’s top infectious disease expert, Dr. Anthony Fauci, who has at times contradicted the president’s commentary about the virus.

“He’s a nice guy so I keep him around, right?” Trump mused at a rally in North Carolina, adding of the studiously non-partisan Fauci: “He’s a Democrat. … He’s (New York Gov. Andrew) Cuomo’s friend.”

On the campaign trail, Trump and his team often forgo wearing masks, a return to the status quo for a president who earlier in the crisis suggested that some people wore masks just to signal their disapproval of him.

In one striking moment this week, senior adviser Hope Hicks returned to the campaign trail with Trump more than two weeks after she tested positive for the virus. Hicks, the president and other aides climbed aboard Maine One wearing no masks.

Trump, for his part, defends his decision to go mask-less by saying that doctors tell him he isn’t shedding virus anymore and he remains “immune” for at least four months.

But public health experts say that by refusing to wear masks, Trump and his advisers are missing an opportunity to model behavior that is essential to keep the rest of America safe.

“As president, it’s absolutely imperative,” said Lawrence Gostin, a public health expert at the Georgetown University school of law. “He has to be a model. If you’re not wearing a mask, people that support you won’t be wearing a mask.”

Several GOP incumbents in tough Senate reelection battles are having difficulty keeping up with an avalanche of Democratic campaign contributions that’s being driven, in part, by liberal anger over the president’s handling of the pandemic, Eberhart said.

“Keeping up the veneer that everything is fine may soothe the president’s ego, but it isn’t motivating donors,” Eberhart added.

Trump’s interest in engaging with Fauci and other top medical officials on the coronavirus task force waned long ago.

Dr. Deborah Birx, the task force coordinator, continues to spend most of her time traveling – frequently by car — between hotspot states trying to help governors and public health officials handle their epidemics.

Neither Fauci nor Birx has appeared with Trump in public in months. As recently as Friday, Fauci contradicted Trump, saying he was “concerned” about the president frequently describing the country as “rounding the corner” on the virus, a notion at odds with the data.

Tensions on the task force continue between Trump’s science adviser, Dr. Scott Atlas, who is not an expert in public health or infectious diseases, and the other professional scientists. The latter view Atlas, who joined the White House in August, as promoting dangerous theories around “herd immunity” and resisting more aggressive calls for Americans to wear face masks. They see Atlas as reinforcing Trump’s worst instincts and lending the veneer of science to rhetoric they see as fundamentally dangerous.

Earlier this week, the White House organized a call with reporters in which two senior administration officials cited a declaration published by a group of scientists arguing against lockdowns and calling for a reopening of businesses and schools. The Barrington Declaration in part approves of reaching “herd immunity” by allowing the virus to spread among young healthy people while protecting older and more vulnerable residents.

Troye, the former task force aide, said Trump was showing “complete disregard for the truth, science, and facts” in the hopes of boosting his re-election chances.

She added, “I don’t know that Donald Trump can see past the current moment.”