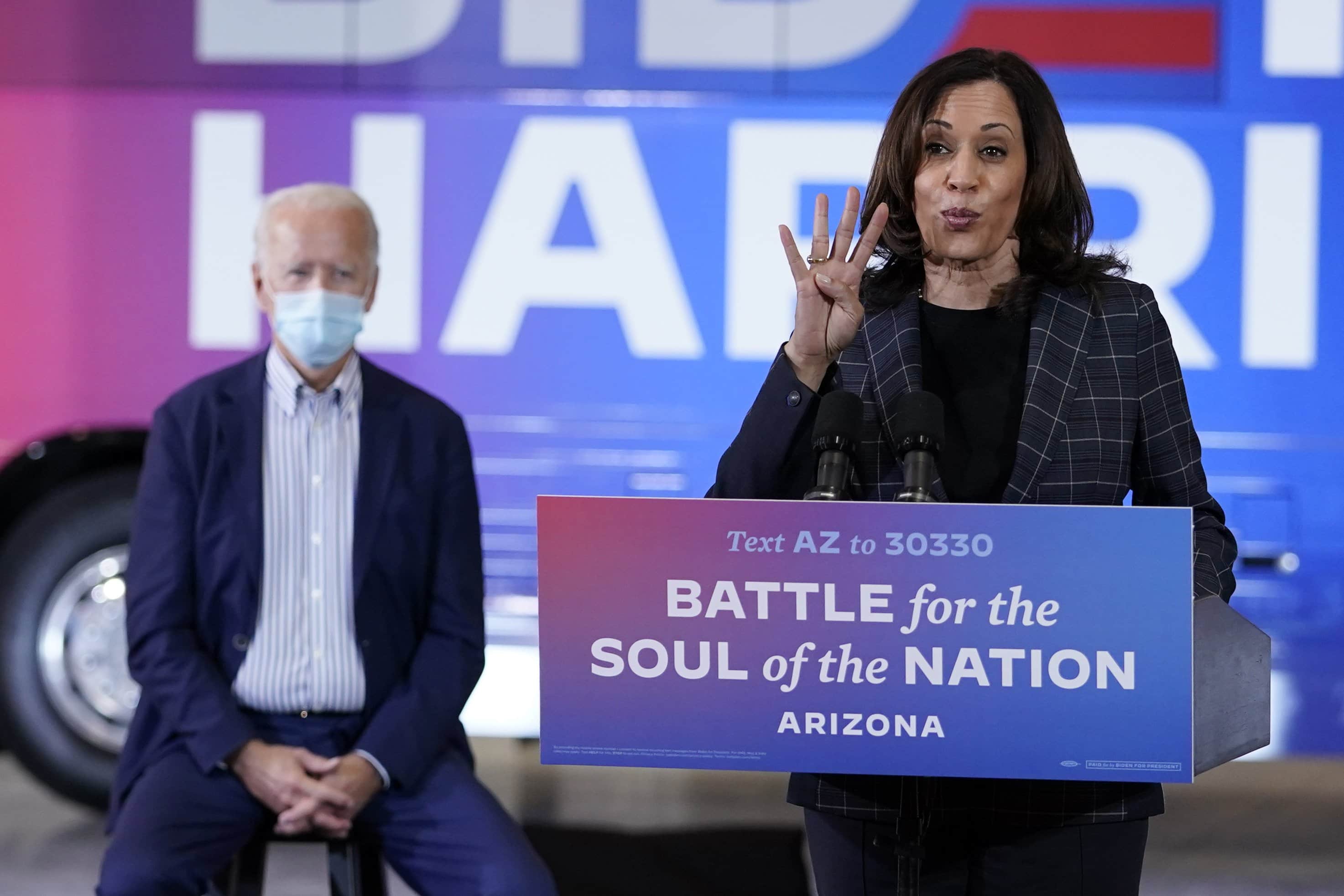 The Democratic Vice Presidential nominee is headed to Florida today.

U.S. Senator Kamala Harris will be in Orlando and Jacksonville to kick off early voting.

The Orlando visit, an early vote drive and rally, is at 11:15 a,m., and is billed as a pooled press event. The Jacksonville event is a 4:40 p.m. voter mobilization event.

In other words, don’t expect Q&A opportunities in the kind of way reporters and voters in the local markets might want.

But with the Donald Trump campaign having flooded the state with events, including the President’s rallies and surrogate show-ups to counter a spending advantage on television from the Democrats, Harris’ visit can be seen as a counter to the incumbent’s Sunshine State play.

The trip represents the resumption of Harris’ formal return to the campaign trail after her itinerary was waylaid by coronavirus concerns.

The Biden campaign released a statement Thursday stressing that Harris herself had not had contact with the afflicted staffer, but the campaign was not taking any chances.

“Sen. Harris was not in close contact, as defined by the CDC, with either of these individuals during the two days before their positive tests; as such, there is no requirement for quarantine,” Dillon asserted, but travel was restricted “in an abundance of caution.”

Harris’ husband, Doug Emhoff, will make his own three-stop swing to South Florida, with visits in voter-rich Miami-Dade, Palm Beach, and Broward Counties also on Monday. More details on those stops are forthcoming.

Emhoff’s “Early Vote Bus Tour” starts at 12:15 p.m. in Lake Worth, followed by a 1:45 p.m. event in Plantation and 2:45 p.m. showing in Aventura. The campaign is sharing venue details only with those who RSVP.

Though Emhoff’s itinerary is notable, also notable is the decision to send Harris to Jacksonville, for what will be her first visit as a candidate for Vice President to the Bold City.

In recent days, decisions have been made to brand Harris with swing voters, with ads featuring her narration in heavy rotation on Jacksonville sports radio.

Meanwhile, the Trump campaign and backing groups have been upping the intensity of attacks, arguing without evidence that it’s Harris, the first Black woman on a major party ticket, who would really be in charge if Democrats win the White House.

Notably, Trump himself has called her a “monster” and told Fox News’ Sean Hannity that she would assume the presidency within “three months” of Biden’s inauguration.

The Harris visit to Jacksonville follows up on a swing from former Georgia gubernatorial candidate Stacey Abrams, who visited on Saturday to speak about the Biden ticket’s commitment to racial equality, to help with a GOTV rally at Edward Waters College, and for a so-called “Salon Talk” conversation with Senate Democratic Leader Audrey Gibson of Jacksonville.

Parallel to the Harris/Emhoff events, the Biden campaign has planned a suite of early vote kick-offs in mostly Democratic strongholds.

Fort Myers, where Republicans typically dominate at the polls, will play host to a kickoff event with mayoral candidate Jacquelyn McMiller and first-time voters at the Stars Complex starting at 4 p.m.

South Florida will get two events. The first is at 9:15 a.m. in Miami with U.S. Debbie Mucarsel-Powell, Sen. Annette Taddeo, and County Mayor candidate Daniella Levine Cava. The second will be held at 6 p.m. in Broward with DNC Vice Chair Michael Blake, Rep. Shevrin Jones and Sen. Oscar Braynon II serving as the headliners.

previous'Our house is on fire': Suburban women lead a revolt against Donald Trump