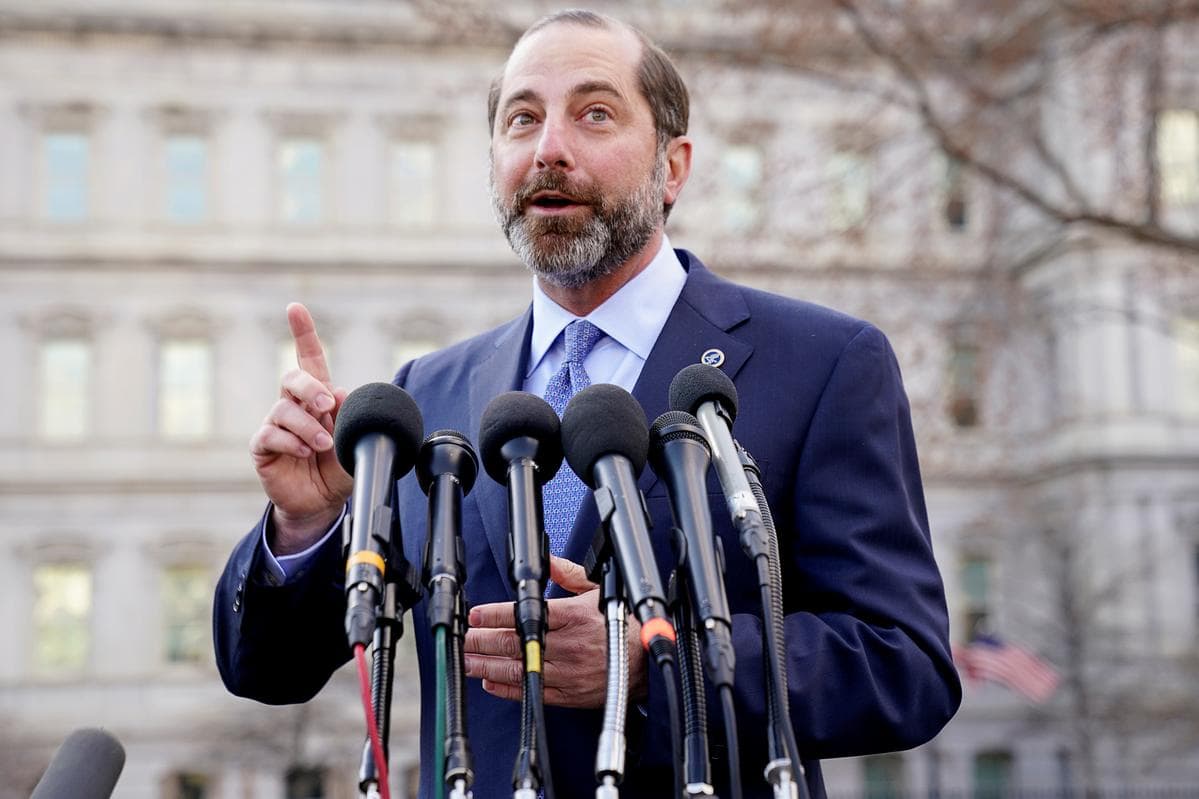 Health and Human Services Secretary Alex Azar is urging Americans to stick with safeguards against COVID-19 such as mask-wearing even as President Donald Trump continues to shun the practice and infections spike higher in several parts of the U.S.

Azar told NBC’s “Meet the Press” on Sunday that many people may be feeling “mitigation fatigue” from a seven-month-old pandemic, but there is “much promise in the weeks and months ahead” with the expected arrival of safe and effective vaccines.

His comments came as Trump has been holding campaign rallies in which face masks were not required and many people at the events were not wearing them. Coronavirus infections are spiking in Europe and public health officials are raising alarm that the infection rate in the U.S. is climbing toward a new peak.

Azar asked people to “hang in there” because “we are so close.” He said the continued practice of safety guidelines of washing hands, social distancing and wearing masks will be a “bridge” to the day vaccines can become widely available.

In word and action, Trump is pushing an optimistic outlook even as coronavirus infections are spiking in Europe and public health officials are raising alarm that the infection rate in the U.S. is climbing toward a new peak.

Trump defends his decision to go mask-less by saying that doctors tell him he isn’t shedding virus anymore and he remains “immune” for at least four months.

Public health experts say that by refusing to wear masks, Trump and his advisers are missing an opportunity to model behavior that is essential to keep the rest of America safe.