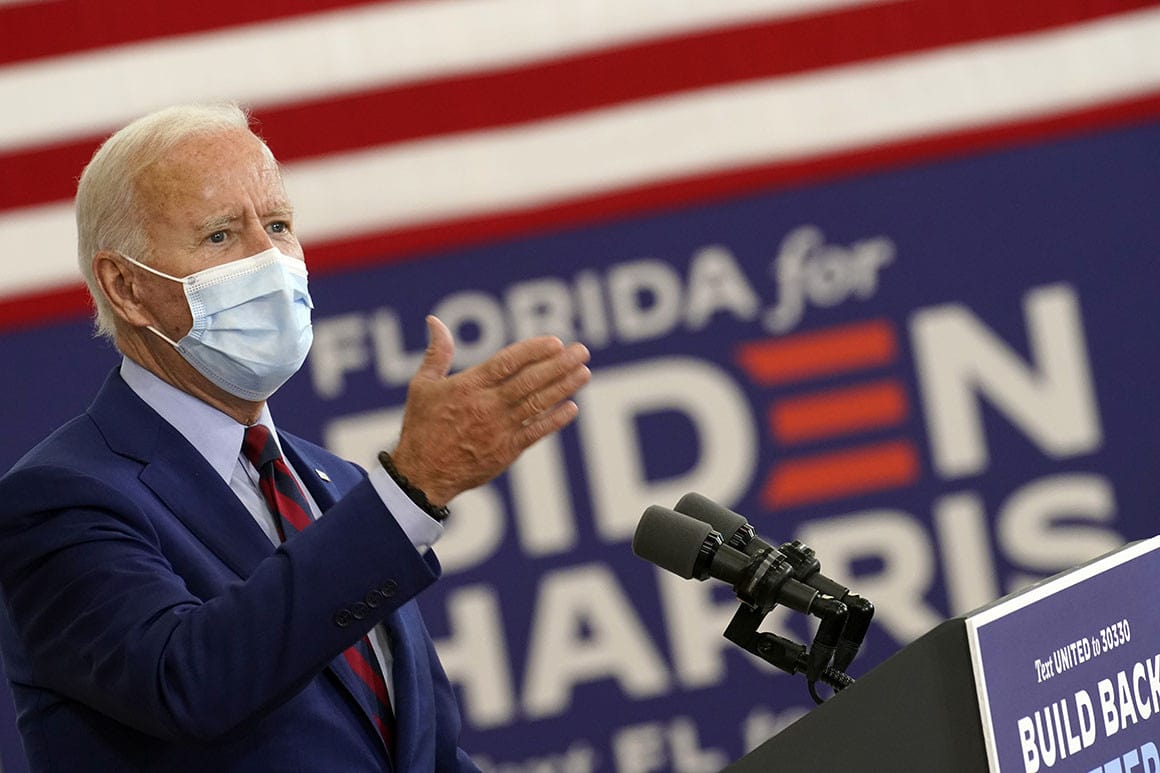 Ads will air nationwide during this week's slate of NFL games.

The ad team for Joe Biden’s presidential campaign is running an air raid offense during this week’s slate of NFL games.

The first, “The Blind Pig,” will air on CBS during the Browns vs. Steelers game. It tells the story of the eponymous bar and concert venue in Ann Arbor, Mich., which had drawn crowds for 50 years before the COVID-19 pandemic shuttered it.

The ad also features the song “Sabotage” by The Beastie Boys, which has never licensed music for an ad until now because of the importance of the election.

In the same broadcast, the campaign will air a 30-second spot tailored to the Pittsburgh market. The ad, “Flex Your Power,”  features former Steeler Ryan Shazier talking about the importance of voting this election after he didn’t vote in 2016.

During the Rams vs. 49ers game on NBC the campaign will debut “Worth Fighting For,” which shares the story of a U.S. Army veteran, Matt,  from Pennsylvania.

He talks about his struggle with PTSD and takes issue with Trump’s remarks that servicemembers are “losers and suckers.” Further, he states Biden will be a better leader for Americans.

Titled “Tristen Vance,” the ad will see the titled voter expound on why he’s voting Biden. Vance, a college student in Flagstaff, Arizona and an aspiring professional athlete, lambasts Trump for his pandemic response, which he says directly caused many sports seasons to get the ax.

Florida won’t get a tailormade ad in this batch, though the campaign notes it’s purchased a TV flight that will put prior ads on the air during the Packers vs. Buccaneers game on Fox Thursday night.

The new volley is emblematic of the TV juggernaut Biden’s campaign has become in the closing weeks of the campaign — recent reports show the Democratic nominee is doubling the incumbent in ad spending withing battleground states, including Florida.

In all, the Biden campaign is airing ads on national cable and broadcast in 16 states.